Watch the First Video of a Virus Growing in Real-Time

The footage could help us find new ways to fight infections. 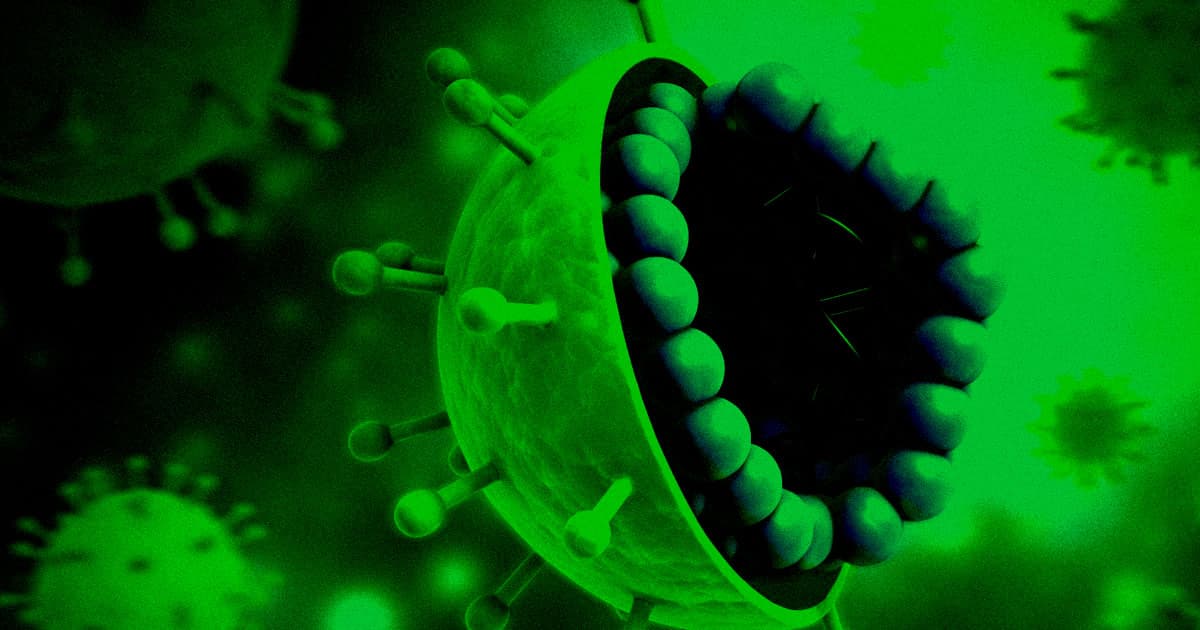 For the first time, researchers have captured the formation of individual viruses on camera in real-time — and the footage could yield new insights into how best to fight the bugs.

In a paper published recently in the journal Proceedings of the National Academy of Sciences, the team from Harvard’s John A. Paulson School of Engineering and Applied Sciences details how it obtained the footage using a highly specialized microscope and a technique called “interferometric scattering microscopy.”

“Our technique gives the first window into how viruses assemble,” researcher Vinothan Manoharan said in a press release, “and reveals the kinetics and pathways in quantitative detail.”

The team focused its study on the RNA virus, the most common type of virus on Earth and the kind responsible for the common cold, polio, and a host of other diseases.

The dark spots in the video are, in fact, soccer-ball type structures of hexagonal and pentagonal rings of proteins that encase the RNA virus. The resulting shell around the virus is called a “capsid.”

According to Manoharan, the pattern in which these spots appear as the virus assembles is already uncovering clues as to how to fight some types of viruses.

“If nuclei form too quickly, complete capsids can’t grow,” he said in the press release. “That observation might give us some insights into how to derail the assembly of pathogenic viruses.”

More on viruses: Biologists Engineered An Assassin Virus to Kill Bacteria on Command