Boosting NAD+ Levels May Be the Key to Effective Anti-Aging Treatments, Study Finds

Basis has been shown to boost NAD+ levels by an average of 40 percent. 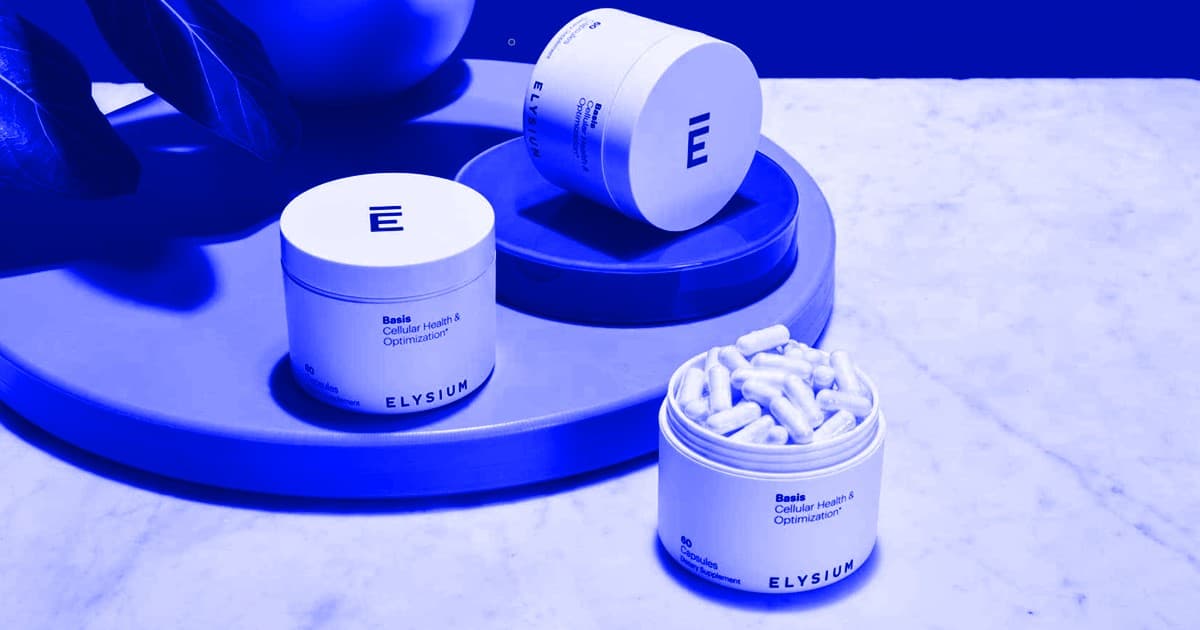 Human beings have been searching for the fountain of youth since the dawn of time, whether we’re talking about a literal fountain, or a figurative one. Unfortunately, as you probably know, no miraculous anti-aging fountain exists. We simply cannot stop aging—not with a pill, not with a cream, not with a serum, not even with an elixir. But here’s a big fat however for you. Though we cannot actually stop aging, thanks to modern science, and a revolutionary cellular health supplement called Basis, we can age better.

The Anti-Aging Science of NAD+

Over the last quarter century, scientists have made a ton of progress in understanding how aging works on the cellular level. And the most significant thing they’ve discovered has to do with a molecule called nicotinamide adenine dinucleotide, or NAD+.

“NAD+ is the closest we’ve gotten to a fountain of youth,” according to the co-director of the Paul F. Glenn Center for the Biology of Aging at Harvard Medical School, a man by the name of David Sinclair. “It’s one of the most important molecules for life to exist, and without it, you’re dead in 30 seconds.”

What is NAD+? It’s a coenzyme found in all living cells. It performs two basic jobs in the human body without which life would not be possible. First, NDA+ plays a key role in metabolism by helping to turn nutrients into energy. Second, it functions as a kind of helper molecule for proteins called sirtuins.

Also known as “the longevity genes” or “guardians of the genome,” siruins are basically the CEOs of your cells. They protect your DNA and thus regulate the cellular aging process. However, sirtuins require NAD+ to work. And, for whatever reason, NAD+ levels in humans and all other organisms decline with age.

But here’s the good news. A 2017 study published in the journal Science found that boosting NAD+ levels in mice actually reversed the signs of aging in the tissue and muscles of older mice. In fact, the reversal was so drastic that researchers could no longer tell the difference between four-month-old mice and two-year-old mice.

Though hardly conclusive, this study strongly suggests that boosting NAD+ levels in humans could have incredible health benefits.

That’s where Basis comes in.

Created by Elysium Health, Basis is a proprietary formulation of crystalline nicotinamide riboside and pterostilbene, which the human body converts into NAD+. In a double-blind, randomized, placebo-controlled clinical trial, it was demonstrated that, on average, Basis increases NAD+ levels by 40 percent. These elevated NAD+ levels won’t necessarily stop the aging process. But they will certainly maximize cellular health, boost energy, and support healthy sleep. This in turn should allow people who are in good health to maintain it longer, and thus age better.

Founded by Dr. Leonard Guarente, who also directs the Glenn Center for Biology of Aging Research at MIT—and who also happens to be the person who discovered the connection between siruins and NAD+ in the first place—Elysium Health is not your typical health supplement company that creates inferior products based on pseudoscience. Eight different Nobel laureates sit on Elysium’s scientific advisory board. Their goal is to find a way to counteract the deterioration associated with aging using only the most exacting scientific methods. And they don’t make any claims they cannot back up with cold hard facts.

Basis anti-aging supplements are designed for long-term use by adults of all ages. Each bottle of Basis contains 60 caplets. Each caplet is vegetarian, vegan, gluten-free, nut-free, and contains no artificial colors or flavors. They contain 250mg of crystalline nicotinamide riboside and 50mg of pterostilbene, which have no known side effects. Elysium recommends taking two capsules in the morning, with or without food. Thus, each bottle of Basis contains a 30-day supply.

Science strongly suggests that NAD+ is the future of the anti-aging movement. However, you don’t actually have to wait for the future. You can boost the NAD+ in your system today with Basis from Elysium Health.

Read This Next
Brands We Love
Age Better On A Cellular Level With This Revolutionary NAD+ Supplement
Brands We Love
This Anti-Aging Coffee Creamer Fights Collagen Loss and Sagging Skin
Brands We Love
This Science-Backed NAD+ Supplement Helps You Improve Your Health From the Inside Out
Brands We Love
This NAD+ Supplement Is Scientifically Formulated To Help You Age Better at the Cellular Level
Brands We Love
You Can’t Stop Aging. But Thanks To Advanced Science, You Can Age Better.
More on Sci-Fi Visions
Ancient Depths
Yesterday on the byte
Scientists Discover Ancient Forest at Bottom of Gigantic Sinkhole
Overloaded
May 14 on futurism
Whiny Space Tourists Say They Were Too Busy on the Space Station
Hot Chick
May 13 on futurism
Madonna Releases Extremely Explicit NFT Collection
READ MORE STORIES ABOUT / Sci-Fi Visions
Keep up.
Subscribe to our daily newsletter to keep in touch with the subjects shaping our future.
+Social+Newsletter
TopicsAbout UsContact Us
Copyright ©, Camden Media Inc All Rights Reserved. See our User Agreement, Privacy Policy and Data Use Policy. The material on this site may not be reproduced, distributed, transmitted, cached or otherwise used, except with prior written permission of Futurism. Fonts by Typekit and Monotype.