He thinks we can overcome poverty, aging, and even death...and all in the coming generation. 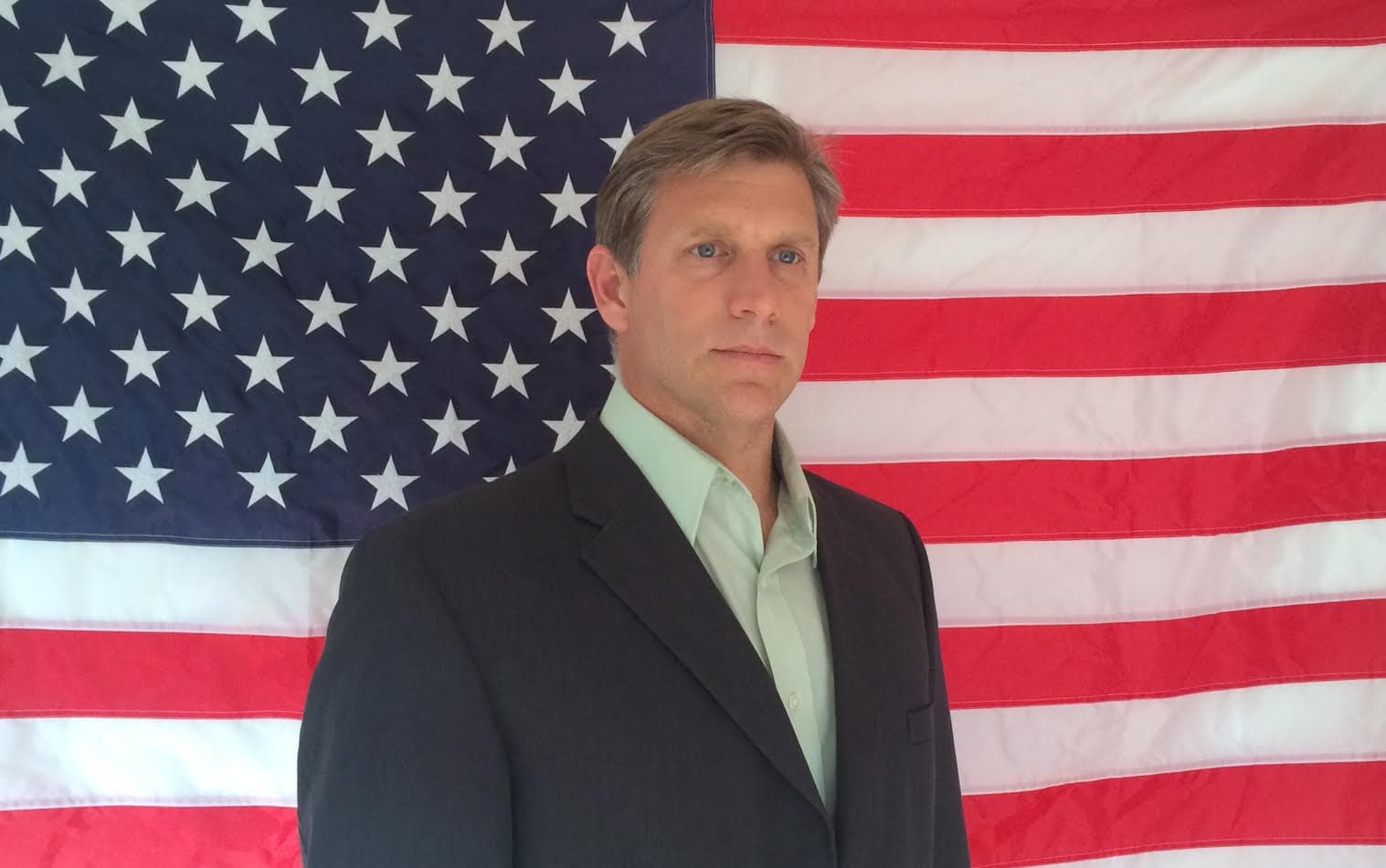 There are people right now walking around with artificial hearts – something that many people believed would not happen for another decade (or even longer). There are quadriplegics no longer bound to a wheelchair, but walk with exoskeleton technology. There are hundreds of thousands of people with brain implants that help them with various ailments. In short, recent technological breakthroughs like these open up the possibility for humans to enhance themselves and their health—and perhaps to even become immortal (someday).

As you can imagine, such radical developments demand strong, intelligent and science-focused political leadership. That is why Zoltan Istvan, of the Transhumanist Party, says that he is running for U.S. President this year, as the #ScienceCandidate.

He thinks that, by encouraging America to embrace science and technology, we could transform our lives and the planet by overcoming poverty, aging, and even death...and all in the coming generation.

While Zoltan Istvan’s chances of actually winning have been very slim from the start, a recent surge in news coverage by some mainstream media outlets has made millions of people aware of Istvan, and Istvan is all about helping people become aware of the very real potential of technology.

Consider the monumental technological advances mentioned above—things like bionic limbs and artificial organs have the potential to fundamentally reshape humanity. Likewise, artificial intelligence and new breakthroughs in energy (from solar cells to nuclear fusion) are fundamentally reshaping society on a massive scale. In fact, technology advances so quickly, leading experts predict that, by 2045 we will reach a ‘singularity,’ a point at which an artificial super intelligence could ‘explode’ and humans could merge their consciousness with it.

While Istavan hopes to make people aware of these advances, he also hope to speed along their realization. That, he thinks, will first require some major political changes (hence, why he is running for president).

Current politics, Istvan believes, is lagging way behind our technological progression. One only needs to look at laws regarding drones and autonomous cars to see where he is coming from. As such, Istvan argues that the nearly 250-year old American constitution, as impressive as it was for its age, needs some big adaptations.

As he noted in a previous interview with Futurism, “the reality of exponential technologies is changing our society significantly and moving us beyond the kind of society that the constitution was designed to address.”

As an alternative, Istvan has drafted a “Transhumanist Bill of Right,” which he has delivered to the U.S. Capitol. Some of the main points in the document include the right to live forever and to classify involuntary aging as a disease. It also necessitates that government spend resources on space exploration...just in case humans end up destroying this planet and need to leave it.

Ultimately, one of Istvan’s main goals is to shift the U.S. economy from one focused on war towards a science-industrial complex with the focus on improving life for all humans through, well, science and technology. As about 20% of the federal budget is spent on defense, he argues we would likely have to make wars up to keep spending at this high level.

"Let America’s new wars be fought against cancer, diabetes, Alzheimer’s, and aging itself," he asserts.

Istvan is also the only US Presidential candidate that is a strong proponent for a "universal basic income" and making sure that all citizens benefit from a transition to an automated economy. As automation increases, Istvan sees—instead of a loss of jobs and new "great depression"—a great potential for humans to enjoy themselves more, learn more, and live a freer and happier life.

However, he feels that this will only come with a new kind of economy.

His chances remain slim, but as millions of people around the world are already realizing how radical technologies can transform (and already are transforming) both the human body and society as we know it, perhaps a candidate like Istvan will stand a real chance during the next election cycle...

Read This Next
Gauging De-Aging
Startup Says It's Honing in on a Way to Reverse Aging
Brands We Love
Age Better On A Cellular Level With This Revolutionary NAD+ Supplement
Brands We Love
This Science-Backed NAD+ Supplement Helps You Improve Your Health From the Inside Out
Brands We Love
This NAD+ Supplement Is Scientifically Formulated To Help You Age Better at the Cellular Level
Brands We Love
You Can’t Stop Aging. But Thanks To Advanced Science, You Can Age Better.
More on Sci-Fi Visions
What is Happening
Feb 1 on the byte
Elon Musk Sets His Twitter Account to Private
From the Dept. of...
Jan 30 on futurism
The Best Humidifiers of 2023
Human v. Giraffe
Jan 24 on the byte
Chaotic Italian Fashion Line Baffles Facial Recognition Software
READ MORE STORIES ABOUT / Sci-Fi Visions
Keep up.
Subscribe to our daily newsletter to keep in touch with the subjects shaping our future.
+Social+Newsletter
TopicsAbout UsContact Us
Copyright ©, Camden Media Inc All Rights Reserved. See our User Agreement, Privacy Policy and Data Use Policy. The material on this site may not be reproduced, distributed, transmitted, cached or otherwise used, except with prior written permission of Futurism. Articles may contain affiliate links which enable us to share in the revenue of any purchases made.
Fonts by Typekit and Monotype.