New FAA Rule: Drone Operators Are Aviators and Need to Register by Feb. 2016 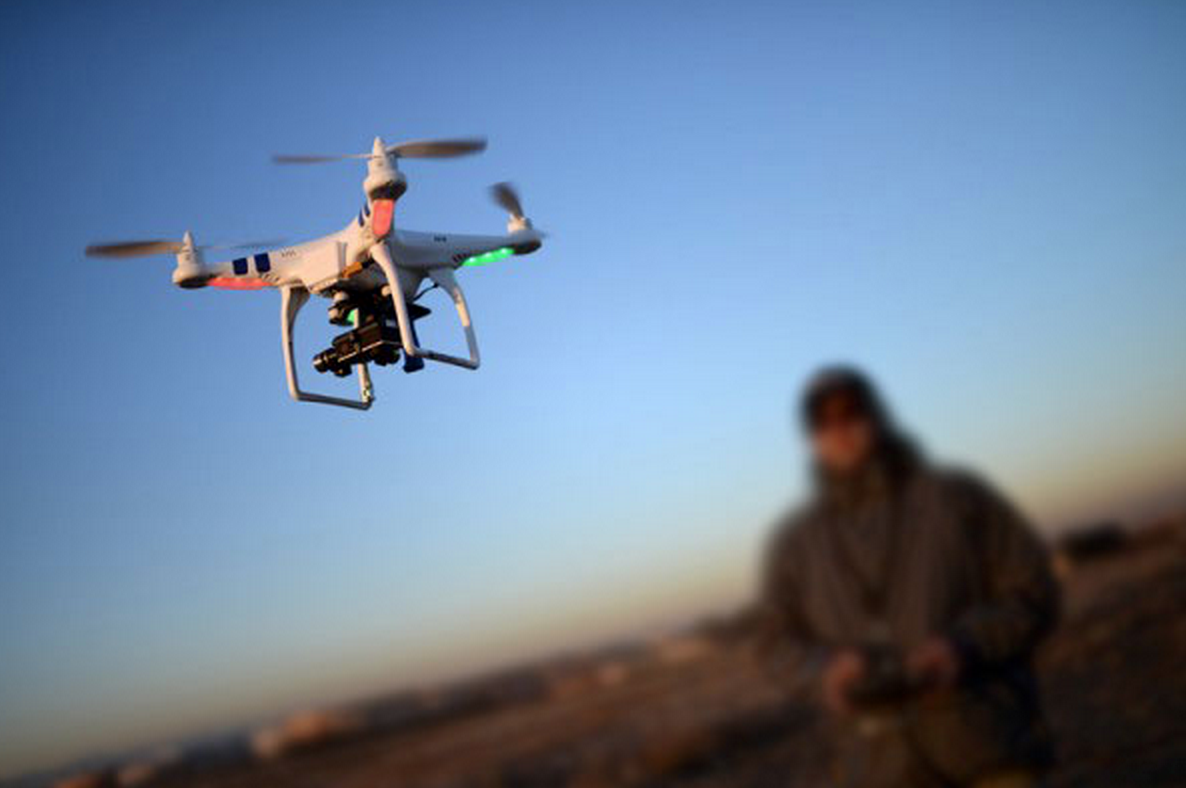 A NEW CLASS OF PILOTS

The Federal Aviation Administration has ruled: Drone operators are pilots and need to register as such.

"Unmanned aircraft operators are aviators and with that title comes a great deal of responsibility," Transportation Secretary Anthony Foxx said on Monday during the unveiling of new drone registration rules.

Starting December 21, all operators of small drones — devices weighing between 0.55 pounds and 55 pounds — are required to go online and register their names and addresses with the FAA. The agency will then issue a registration number that will have be displayed on the operator's entire fleet of drones.

Drones are expected to be best-selling gift items this holiday season, with the Consumer Technology Association projecting that some 400,000 units will be sold in the U.S. alone. Thousands have already littered the skies and, according to a report, over 300 have had close encounters with planes and other manned aircraft.

The FAA, as of yet, does not record the number of flying drones.

According to the administration, the FAA's biggest focus is educating drone fliers and making them realize that their gadget is now on the same playing field as regular airplanes and helicopters, says FAA Deputy Administrator Michael Whitaker.

He explains: "For decades, the only people who had access to our airspace were highly trained pilots who came from a culture where safety was deeply embedded. Thousands upon thousands of brand-new users are starting to fly. And while we are confident that the vast majority of these people care about safety and want to operate safely, the reality is most have little to no aviation experience. So our challenge is to educate these new aviators that as soon as they start flying, they're pilots. They have the responsibility to fly safely and there are rules and regulations that apply to them."

The registration will cost $5 per operator. But to encourage early registration, the FAA is waiving the fee for the first 30 days. Also, anyone 13 and older can register as an operator, while younger children can operate drones under adult supervision with proper registration.

The new regulation add to the rules that were recommended in November by a special task force of retailers, pilots, law enforcement, and other stakeholders.

Government officials say the focus right now is to spread the word and get people to comply with registration requirements, which will include public service announcements, social media information drive, and local law enforcement notices.

Son't plan on registering? Going to fight the system? Maybe think twice. Blatant violators can be fined by the FAA up to $27,500. Criminal penalties can go up to $250,000 and may include three years in prison.

The agency is currently setting up comprehensive rules for recreational drone fliers and another one for commercial drone operators, such as Google or Amazon. Until those rules come out, the FAA's existing guidance for fliers of store-bought and homemade drones still apply. These include keeping drones under 55 pounds, flying them within the operator's line of sight and below 400 feet, staying at least five miles away from an airport, avoiding stadiums or crowded places, and taking drone classes or joining a club for extra safety.

Read This Next
Common Sensical
Top Facebook Scientist Quietly Plotting "Autonomous" AIs
Poop Music
Genius Musicians Are Making Songs That Play When Children Yell "Poop" at Alexa
White Voice
Cursed Startup Using AI to Remove Call Center Workers' Accents
Death Becomes Her
AI Allows Dead Woman to Talk to People Who Showed Up at Her Funeral
He's Back
Fired Engineer Says He Begged Google to Test Whether Experimental AI Was Sentient
More on Artificial Intelligence
Fight!
Yesterday on the byte
AI Makes 1993 Video Game Look Photorealistic
Ghost Eating a Ha...
Oct 2 on the byte
Google Creates AI That Turns Text Into 3D Objects
I Choose You!
Sep 27 on the byte
Awesome But Nightmarish AI Turns Any Person Into a Pokémon
READ MORE STORIES ABOUT / Artificial Intelligence
Keep up.
Subscribe to our daily newsletter to keep in touch with the subjects shaping our future.
+Social+Newsletter
TopicsAbout UsContact Us
Copyright ©, Camden Media Inc All Rights Reserved. See our User Agreement, Privacy Policy and Data Use Policy. The material on this site may not be reproduced, distributed, transmitted, cached or otherwise used, except with prior written permission of Futurism. Articles may contain affiliate links which enable us to share in the revenue of any purchases made.
Fonts by Typekit and Monotype.