Predicting the Future: Here's What Our Homes May Be Like in 100 Years

Flight, 3D printed furniture, deleteable walls - Here are just some of the things the next hundred years has to offer our homes. 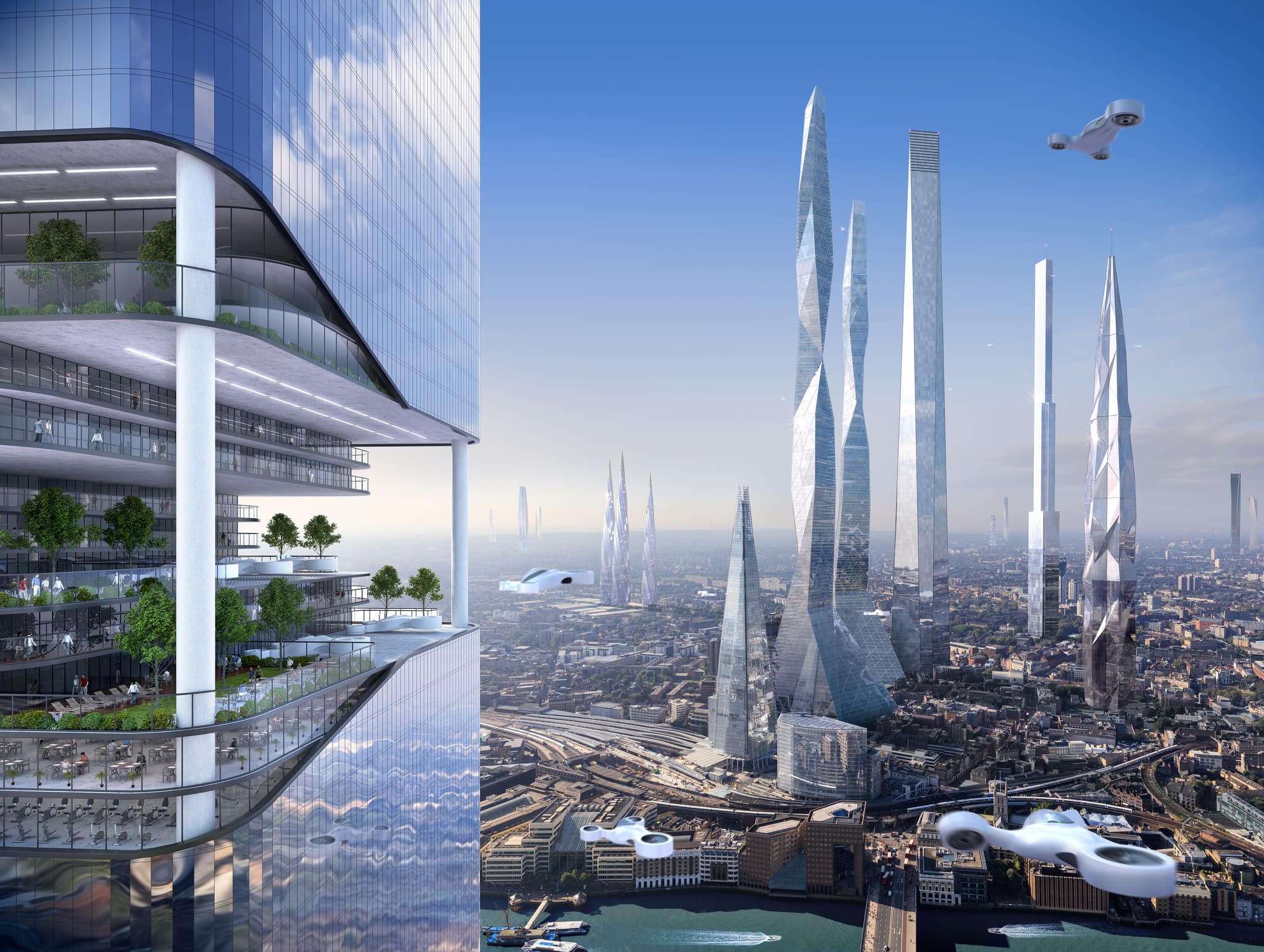 Forecasting the future has been one of humankind’s favorite pastimes.  We’re usually pretty bad at it, but there’s always been a Cassandra or a Delphic oracle, a Sibyl or a Nostradamus willing to make the attempt.

But in more recent times, the art of predicting the future has almost become a kind of mathematics—very disciplined and scientific.

In the early decades of the last century, a number of scientific prophecies were made about what the future—our present—would be like; some of these were naively optimistic, a few were dead-on accurate, others hopelessly wide of the mark.

It’s always been fun to see how these old dreamers envisioned their future.  For example, in Fritz Lang’s 1927 silent masterpiece Metropolis, the future was an immense urban jumble of Art Deco architecture, complete with multi-tiered highways and giant machines run by an oppressed working class.  The famous science fiction pioneer H. G. Wells, in his 1933 novel The Shape of Things to Come, imagined that we would be living under something called the “Air Dictatorship”—a kind of technocratic world state ruled by air power.

Others focused more on the technological aspects of the future, and the many scientific wonders and gadgets to come.  The old comic strip Buck Rogers in the 25th Century had some interesting things to say about this—predicting, among other things, text messaging, cell phones, surveillance drones, and even the Hyperloop, the pneumatic transport system proposed by Elon Musk.

And it is along these lines—though with a more official and academic imprimatur—that Samsung has released its “SmartThings Future Living Report.”  It’s a serious look at the topography of the future, at least in terms of its technological promise, and what that will mean for our lives and how we live them.  It’s an extrapolation of current technological trends, as all such predictions inevitably are; but it’s less extravagant than most, more restrained and rooted in scientific realities, and it has a convincing ring of truth to it.

According to the report, we can expect some pretty remarkable changes to our homes and our personal spaces, to say nothing of those ordinary, overlooked things that make up so much of our daily routine.  As human populations soar, our cities and homes will have to adapt; interior living spaces will change as a cloud changes, easily reconfigured and rearranged to suit our fickle tastes, or accommodate different purposes.

Imagine walls and floors made of a malleable “skin,” and embedded with tiny sensors and actuators so that the shape and size of living spaces can quickly change, or even be divided into smaller rooms; imagine fully programmable “smart homes” that can be controlled remotely, and provide feedback to their owners—yes, there’ll even be an app for that.

Virtual decorations will alter with changing tastes, moods and whims; and the entire interior surface of the home will be implanted with LED technology—television screens and computer displays will form and unform in any room, as needed.  Even our furniture will be adaptable, molding to custom fit our bodies, responding to changes in posture, or disappearing altogether when not needed.

It will be the ultimate evolution of the “Internet of Things.” Misplaced something?  Can’t find your keys?  No problem.  Just use an online search function to find it.  Hate the color of that accent wall?  Delete it.  Need more storage space?  Watch new shelves appear, as if by magic.

And the amenities are fantastic.  Every home will come standard with a 3D printer; they’ll be able to churn out just about anything you could wish, using downloadable patterns, probably including even complex electronic devices.  They may even print out your meals, designed and programmed by the world’s master chefs.

Walk-in “medical pods,” meanwhile, will contribute to the decentralization of healthcare—their imaging sensors will diagnose your ills and, for the more easily treatable maladies, dispense drugs, inject antibiotics, and recommend health regimens.  It may even be possible to undergo remote, robot-mediated surgery, in the comfort of your own home.

This barely scratches the surface.  Imagine homes whose very building material is salted with dormant limestone-producing bacteria, which awaken upon contact with moisture and repair any cracks or structural damage.

There will be “digestion tanks” full of anaerobic bacteria, to dispose of our waste; and our homes will produce, store, and reuse their own energy, using “microbial fuel cell stacks” and more efficient solar panels to generate electricity, and power-banks like the Tesla powerwall to store it against future use.  Personal homes will be almost fully independent of a dangerously overtaxed energy grid.

One hundred years in the future, our houses will be, in almost all respects, semi-living, artificial organisms—closed systems with a metabolism, sensory apparatus, immune response, and an approximation to a nervous system.

We’ll be living in homes that are practically alive. An uncanny thought.

See Part II: The City of the Future, here.

Read This Next
From the Dept. of Things to Buy
Yes, GE’s $28 LED+ Smart Light Bulb Is Also a Bluetooth Speaker
From the Dept. of Things to Buy
Save Hundreds With These Labor Day Deals on Samsung TVs, Laptops, Tablets, and More
FROM THE DEPT. OF THINGS TO BUY
Best Prime Day Smart Home Deals
From Our Partners
Save over 50% on this Minimalist LED Corner Lamp during this Pre-Black Friday Doorbusters Promo
From Our Partners
Get 3D Printers, Smart Home Devices, And More In This Epic Labor Day Sale
More on Sci-Fi Visions
Human v. Giraffe
Tuesday on the byte
Chaotic Italian Fashion Line Baffles Facial Recognition Software
Step One
Tuesday on the byte
World’s Third Richest Person Says He’s Developed "Addiction" to ChatGPT
FROM THE DEPT. OF...
Tuesday on futurism
The Best Places to Buy A Laptop in 2023
READ MORE STORIES ABOUT / Sci-Fi Visions
Keep up.
Subscribe to our daily newsletter to keep in touch with the subjects shaping our future.
+Social+Newsletter
TopicsAbout UsContact Us
Copyright ©, Camden Media Inc All Rights Reserved. See our User Agreement, Privacy Policy and Data Use Policy. The material on this site may not be reproduced, distributed, transmitted, cached or otherwise used, except with prior written permission of Futurism. Articles may contain affiliate links which enable us to share in the revenue of any purchases made.
Fonts by Typekit and Monotype.