It could help patients better understand their medical conditions so they can decide on how to treat them. 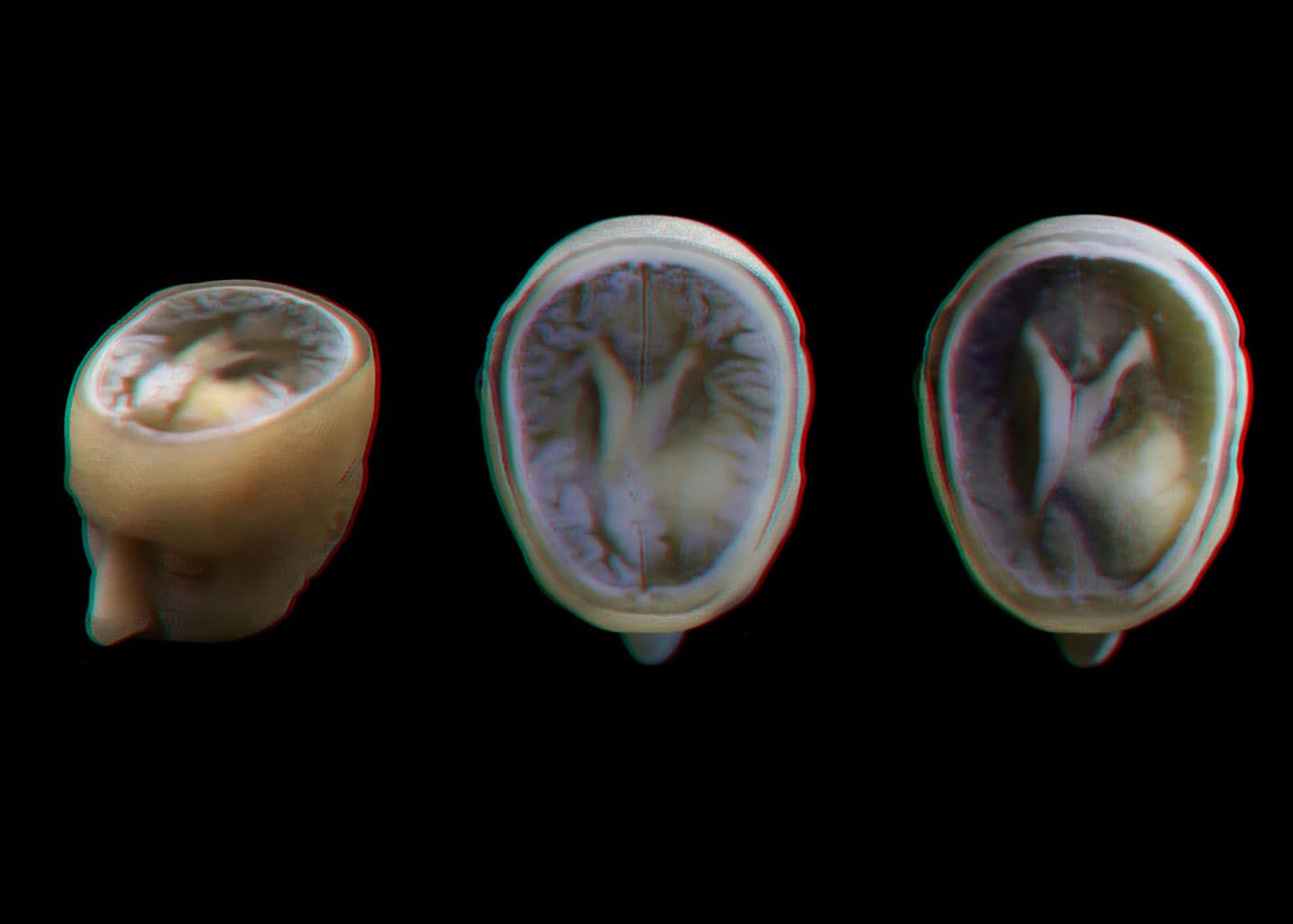 It all started when a PhD student got a brain tumor. Brian Keating, who was earning his doctorate from MIT's Media Lab's Mediated Matter group, wanted a better understanding of what was happening in his head before he had surgery to get the tumor removed. He wanted to see the tumor up there — to hold it.

So Keating took his doctors' observations to his lab's collaborators at Harvard's Wyss Institute. Together, the group figured out how to 3D print brains based on patients' CT and MRI scans. The results of their work were published Tuesday in the journal 3D Printing and Additive Manufacturing.

The two technologies — 3D printers and brain imaging techniques — are surprisingly compatible. The printers work by gradually layering segments of the item from the bottom up; CT scans assemble images of a brain (or any other body part) in the same way, slice-by-slice, but from the top down. Keating and his colleagues could assemble his brain in the printer just by feeding the device CT scans in the correct order.

This isn't the first team to turn brain scans into tangible 3D objects — last year, for example, researchers at the UT Southwestern Medical Center used similar models to study how multiple sclerosis affects the brain. But in the past, these models weren't nearly as detailed. CT scans are in very high resolution, producing images in a nuanced grayscale to reflect all of the body's bumps and waves. But previous printing methods that weren't as detailed wouldn't capture that, reducing the grayscale to either black or white. The result: a less accurate printed product. And when it comes to imaging the super-dense brain, detail matters.

To dodge this problem, Keating and his colleagues broke every grey pixel down into even more pixels, each of which was black or white. That way, the 3D printer could register extremely detailed changes in the image based on the ratios of those very tiny black to white pixels.

This might sound like more work, but it's worth it, because it means figuring out what's what in the CT scans more quickly. The research team could translate the images for the printer in less than 60 minutes. If radiologists do this by hand, as they often do, it can take more than 30 hours.

With super-accurate 3D printed models that can be produced more quickly than ever before, the research group hopes customized models can start working their way into doctor's appointments. In general, Americans struggle to understand their health — in 2006, the Department of Education found that 36 percent of adults have a fifth-grade reading level (or lower) about medical conditions in particular. Maybe having a personalized visual aid can help patients better understand their conditions so that they can make better-informed decisions about how to treat them.

Read This Next
Roid Rage
Steroid Use Linked to a Bunch of Very Bad Brain Problems
From Our Partners
Get 3D Printers, Smart Home Devices, And More In This Epic Labor Day Sale
From Our Partners
Get Ready For The Ultimate Summer With These Memorial Day Deals
Brands We Love
This Revolutionary 3D Printer Turns Your Home Office Into a Mini Assembly Line
Futurism
Save Over 30% On This Tabletop 3D Printer Perfect For Adults And Kids
More on Sci-Fi Visions
What is Happening
Yesterday on the byte
Elon Musk Sets His Twitter Account to Private
From the Dept. of...
Monday on futurism
The Best Humidifiers of 2023
Human v. Giraffe
Jan 24 on the byte
Chaotic Italian Fashion Line Baffles Facial Recognition Software
READ MORE STORIES ABOUT / Sci-Fi Visions
Keep up.
Subscribe to our daily newsletter to keep in touch with the subjects shaping our future.
+Social+Newsletter
TopicsAbout UsContact Us
Copyright ©, Camden Media Inc All Rights Reserved. See our User Agreement, Privacy Policy and Data Use Policy. The material on this site may not be reproduced, distributed, transmitted, cached or otherwise used, except with prior written permission of Futurism. Articles may contain affiliate links which enable us to share in the revenue of any purchases made.
Fonts by Typekit and Monotype.