It's entirely possible for Earth to create a permanent, moon-based space station—here's how. 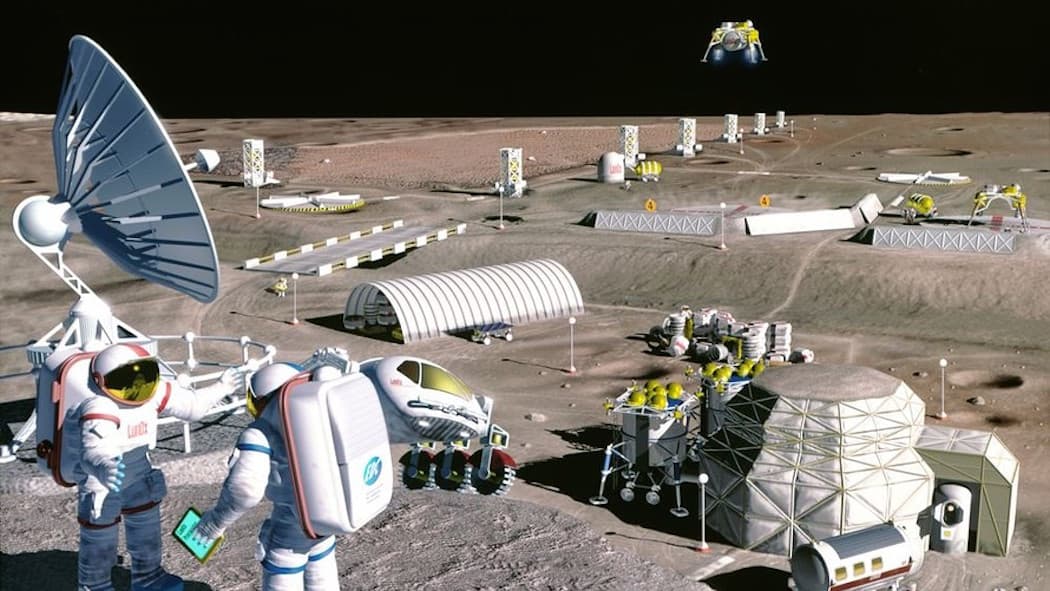 By 2022 (that’s just six years from now), and with $10 billion—which is cheaper than a single US aircraft carrier—the Earth could already set up a small colony on the moon.

“The big takeaway is that new technologies, some of which have nothing to do with space—such as self-driving cars and waste-recycling toilets—are going to be incredibly useful in space, and are driving down the cost of a moon base to the point where it might be easy to do,” Chris McKay says in a Popular Science issue.

Existing innovations available today, such as self-driving vehicles and waste-recycling toilets, can also be used in space, and continue to drive down the costs of creating a colony on the moon. Furthermore, a synergy of technologies and partnerships, including the use of 3D-printed buildings and materials, space-ferrying using SpaceX rockets, and modifications of Bigelow Aerospace's inflatable habitats, would make the process streamlined and more efficient than those ham-fisted and expensive government programs that continually redesign the wheel.

And because these are all just speculative theories at this point, the proposed use of virtual reality as a way to prepare for the first permanent lunar base is also being explored.

The Moon, according to NASA scientists, is a great jumping off point for deep space exploration. A colony on the Moon could therefore offer a functional peg for explorations on Mars, which the space agency hopes to be able to do by 2030. The only thing hindering them is NASA’s limited budget to implement it.

Nevertheless, a paper written by McKay and published in a special issue of New Space Journal explores how the pioneer station could be built on the outer rim of the moon’s north polar craters—which receive practically year-round sunlight—thus allowing solar-powered equipment to have sufficient energy to function.

Such a location would also lend itself to powering autonomous robots that could excavate for ice and gather water, which would be used for life support, oxygen and could even be processed to produce rocket fuel.

McKay's paper observes, on a utopian note: “The activities at this moon base would be focusing on science, as is the case in the Antarctic. It could provide an official U.S. government presence on the moon, and its motivation would be rooted in U.S. national policy—again as are the U.S. Antarctic bases. A lunar base would provide a range of technologies and programmatic precedents supporting a long-term NASA research base on Mars.”

Which is a vision for the future of space exploration that we can all get behind.

Read This Next
From the Dept. of Things to Buy
Review: The "Out of This World Cook Book" Chronicles the Early Meals of the Space Age
FROM THE DEPT. OF THINGS TO BUY
5 Nintendo Space Games That Are Out of This World
Overloaded
Whiny Space Tourists Say They Were Too Busy on the Space Station
The Moonian
Senior NASA Official Fears Getting "Stuck" on the Moon
Space Sick
Space Is Wreaking Havoc on Astronauts' Blood
More on Sci-Fi Visions
FROM THE DEPT. OF...
Wednesday on futurism
The Best Tablets for Note-Taking of 2022
Crypto Apocalypse
Wednesday on the byte
Crypto Investors Despondent After Losing Life Savings in FTX "Bloodbath"
Butcher Shop
Tuesday on futurism
Neuralink Employees Admit Company Has Killed 1,500 Animals So Far
READ MORE STORIES ABOUT / Sci-Fi Visions
Keep up.
Subscribe to our daily newsletter to keep in touch with the subjects shaping our future.
+Social+Newsletter
TopicsAbout UsContact Us
Copyright ©, Camden Media Inc All Rights Reserved. See our User Agreement, Privacy Policy and Data Use Policy. The material on this site may not be reproduced, distributed, transmitted, cached or otherwise used, except with prior written permission of Futurism. Articles may contain affiliate links which enable us to share in the revenue of any purchases made.
Fonts by Typekit and Monotype.