Senior NASA Official Fears Getting "Stuck" on the Moon

"We wanna learn what we need to know in order to be able to move onto Mars." 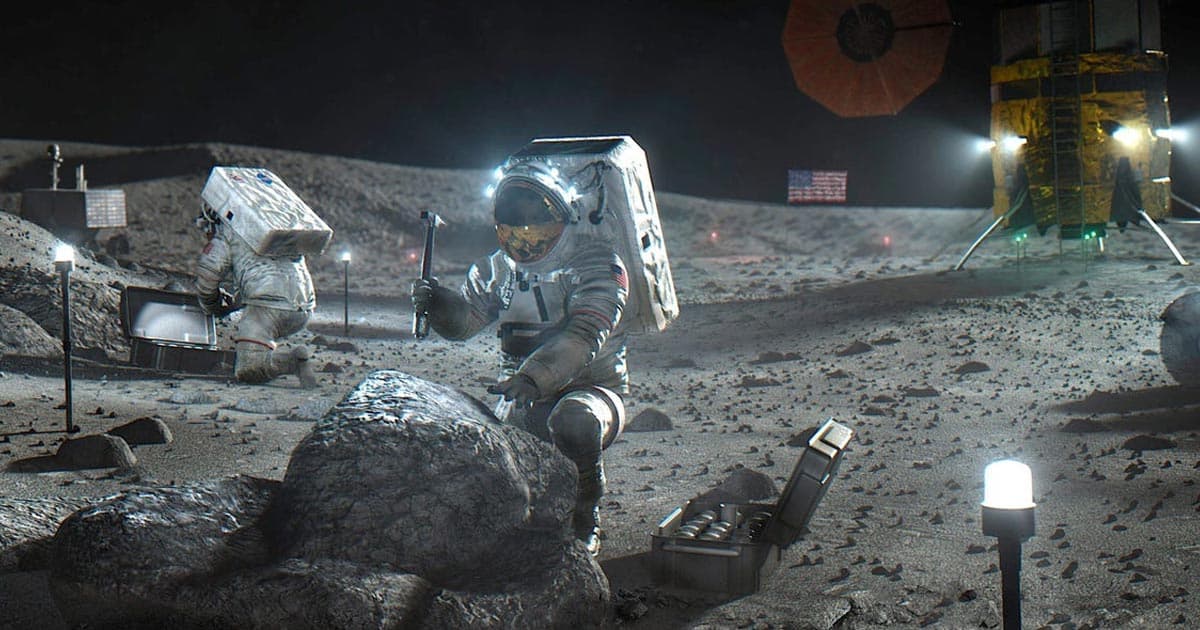 During today's Lunar Surface Innovation Consortium meeting, NASA's associate administrator Bob Cabana reiterated that the space agency is still very much intending to go far beyond taking astronauts to the Moon, with the ultimate goal still being "going to Mars."

When asked what NASA's definition of a "sustainable" presence on the Moon is, Cabana said that it's not necessarily about "permanently staying there with a specific set of people for a long period of time."

"We don't want to get stuck on the Moon," he added, saying that instead "we wanna learn what we need to know in order to be able to move onto Mars."

Cabana is sending a clear signal: NASA is still very much committed to its goal of taking the first humans to the Red Planet, which is a core part of the agency's Exploration Campaign.

In short, NASA's senior leadership views the Moon as a stepping stone.

"Until now this administration's posture toward sustained lunar operations had been somewhat fuzzy, but that's a a clear answer," Ars Technica senior space reporter Eric Berger wrote in response to Cabana's comments. "This will warm the hearts of those who want to see NASA push onward toward Mars."

Cabana also said that NASA is still focused on laying the groundwork for commercial efforts on the lunar surface.

A big part of that plan is working with SpaceX to develop a Human Landing System capable of bringing not only cargo but astronauts to the surface of the Moon.

The agency's planned Lunar Gateway will also allow NASA and its commercial partners to reliably reach the lunar surface.

But once lunar operations have been established, the agency has its eyes on Mars next. The hope is that it'll be able to learn enough there about sustaining human life in space — including habitats, life support systems, effects of deep space radiation on the human body, and other self-sustaining practices — to allow astronauts survive the months-long trip to the Red Planet.

Cabana's view of what humanity could look like once we've established a human presence across the solar system isn't too dissimilar to Amazon's hit sci-fi TV show "The Expanse," he acknowledged.

While he admitted the show was "a little bit hokey in some places," he said the show paints an exciting picture of what the future of deep space exploration and settlement in various places like the asteroid belt and Jupiter's moons could one day look like.

"There's just so much cool stuff going on," he said, referring to NASA's greater efforts to explore the cosmos.

Read This Next
From the Dept. of Things to Buy
Review: The "Out of This World Cook Book" Chronicles the Early Meals of the Space Age
Overloaded
Whiny Space Tourists Say They Were Too Busy on the Space Station
Moon Patrol
US Military Announces Plans for Satellite Orbiting the Moon
Space Sick
Space Is Wreaking Havoc on Astronauts' Blood
Slip Sliding Away
NASA's Absurdly Expensive SLS Megarocket Is Broken Again
More on Sci-Fi Visions
From the Dept. of...
Yesterday on futurism
The Best Humidifiers of 2023
Human v. Giraffe
Jan 24 on the byte
Chaotic Italian Fashion Line Baffles Facial Recognition Software
Step One
Jan 24 on the byte
World’s Third Richest Person Says He’s Developed "Addiction" to ChatGPT
READ MORE STORIES ABOUT / Sci-Fi Visions
Keep up.
Subscribe to our daily newsletter to keep in touch with the subjects shaping our future.
+Social+Newsletter
TopicsAbout UsContact Us
Copyright ©, Camden Media Inc All Rights Reserved. See our User Agreement, Privacy Policy and Data Use Policy. The material on this site may not be reproduced, distributed, transmitted, cached or otherwise used, except with prior written permission of Futurism. Articles may contain affiliate links which enable us to share in the revenue of any purchases made.
Fonts by Typekit and Monotype.