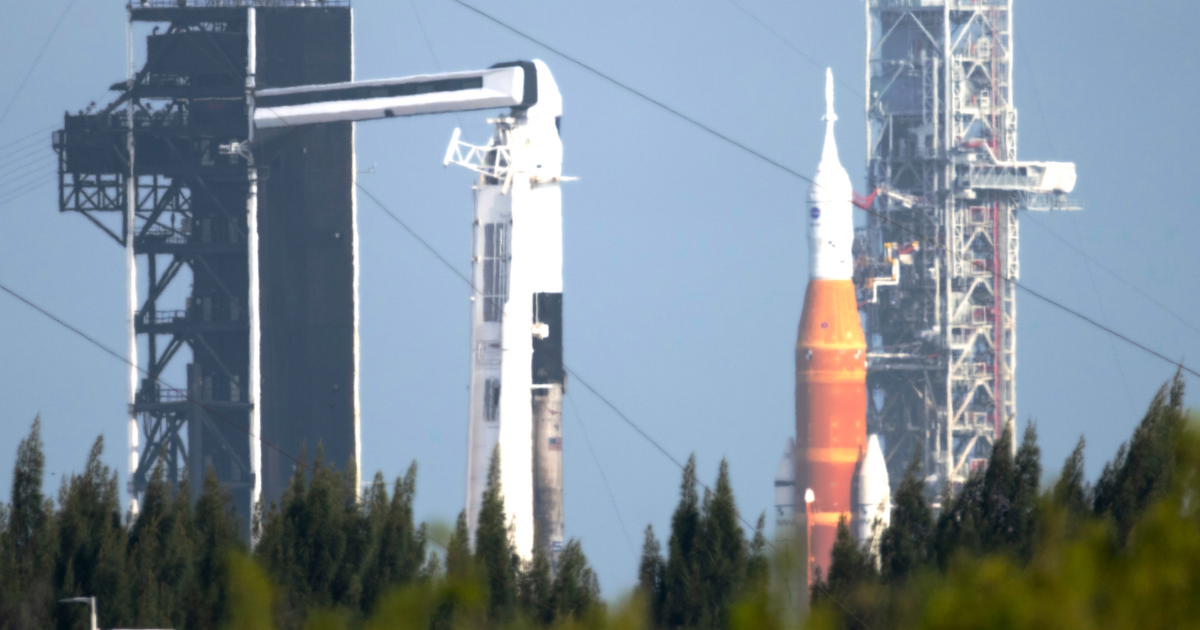 It's been nearly 50 years since humans have been on the Moon.

It's been nearly 50 years since humans have been on the Moon.

NASA has been testing the unmanned Space Launch System (SLS) rocket it's sending to the Moon and ran into a few problems. A space agency press release said the most recent wet dress rehearsal didn't go according to plan because of a liquid hydrogen leak.

A report Gizmodo published Friday explains the problem in more detail and said this was supposed to the third test.

"All the issues that we’re encountering are procedural and lessons learned," Mike Sarafin, Artemis mission manager, said at a press conference on Friday according to Gizmodo.

A wet dress rehearsal means staff load the 322-foot rocket with fuel, roll it out to the Kennedy Space Center's launchpad in Florida and run through a mock countdown to launch in preparation for the real deal.

While the giant SLS rocket is set to take the uncrewed Artemis I mission to the Moon, later missions are set to land the first woman and first person of color on the lunar surface. Artemis I is an important stepping stone to humanity's return to Earth's satellite.

Sarafin said it best. As long as NASA is taking the proper steps to resolve issues and ensure the safety of current and future staff the space agency is still on track to accomplishing its goals. Better to take it slowly, make sure the public knows about ongoing tests and ensure confidence in the chances of success before taking the first trip back to the Moon in nearly 50 years.

We really don't want to fumble this play.

More on Moon missions: Putin Says Russia Is Landing On The Moon This Year