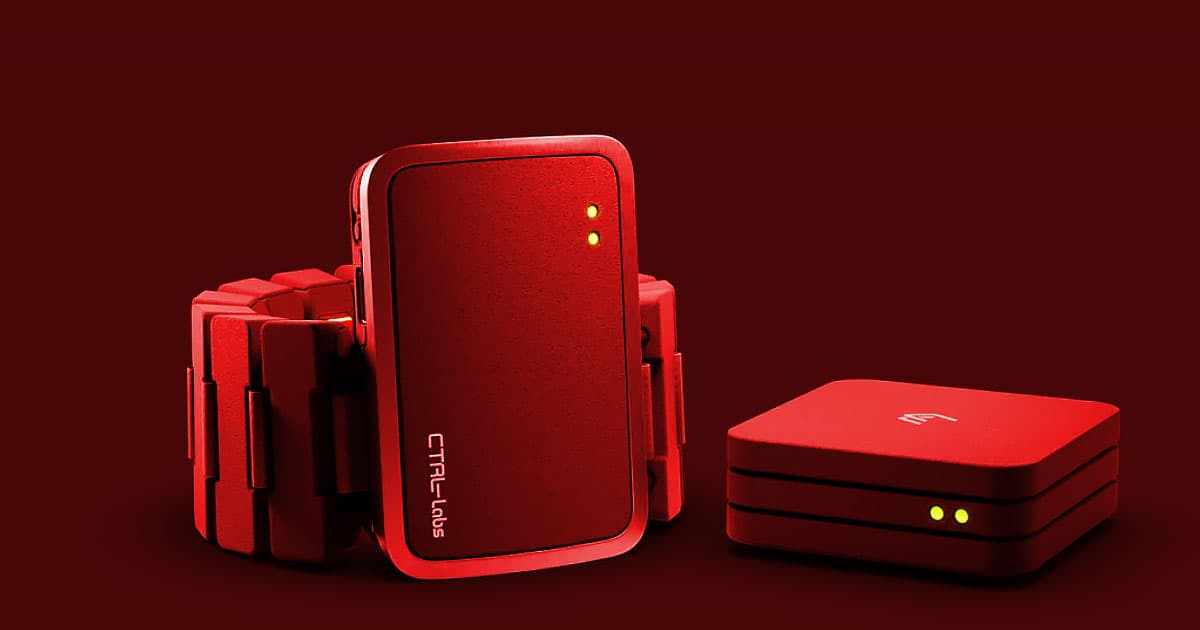 Facebook may have paid as much as $1 billion for this brain interface tech.

Facebook may have paid as much as $1 billion for this brain interface tech.

Facebook just acquired mind control interface startup CTRL-labs for a sum that may have approached a billion dollars, according to Bloomberg.

The startup was developing a special bracelet that allowed users to control virtual avatars with brain activity alone — a new category of input device that doesn't rely on a keyboard or mouse. Bloomberg suggested that Facebook may one day pair the tech with either augmented or virtual reality glasses.

Facebook has been working on its own brain-computer interface for a number of years now. First announced at its F8 conference in 2017, the non-invasive wearable device is meant to one day allow users to type by simply imagining themselves talking.

But CTRL-lab's bracelet isn't quite as ambitious as that. It technically isn't able to read your thoughts — it rather detects tiny electrical impulses from muscle fibers in, say, your arm, and translates those signals into movement on a screen.

The acquisition sheds light on the substantial difficulties in developing a brain-signal reading device that doesn't require invasive surgery.

It also comes at an interesting regulatory moment. Attorneys general in a number of U.S. states announced earlier this month that they are opening antitrust investigations into Facebook — something that is bound to keep acquisitions like this one under critical observation.

More on Facebook's brain-computer interface: Zuckerberg: Facebook is Building a Machine to Read Your Thoughts

Meta Material
Christmas Present VR Headset Sends Boy to the Hospital
Jan 2
Read More
Personality Construct
Gaming CEO: Brain Interfaces Will Allow Us to Edit Our Feelings
1. 25. 21
Read More
Spinal Fantasy
Cutting-Edge Brain Implant Lets Paralyzed Man Move and Feel Again
4. 27. 20
Read More
+Social+Newsletter
TopicsAbout UsContact Us
Copyright ©, Camden Media Inc All Rights Reserved. See our User Agreement, Privacy Policy and Data Use Policy. The material on this site may not be reproduced, distributed, transmitted, cached or otherwise used, except with prior written permission of Futurism. Articles may contain affiliate links which enable us to share in the revenue of any purchases made.
Fonts by Typekit and Monotype.