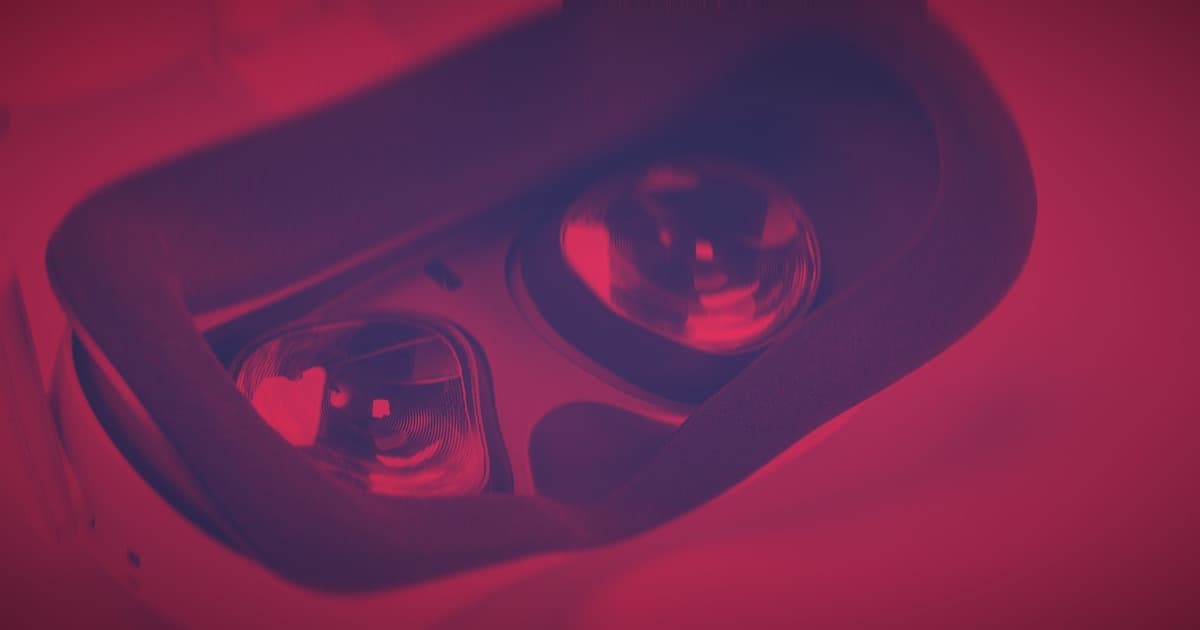 Another Oculus Quest 2 user had an intense allergic reaction to the VR headset's facial foam over the holiday, according to the Hull Daily Mail, resulting in a hospital trip after Christmas for 13-year-old Lewis Gray.

Gray's family purchased the headset — also called Meta Quest 2 since Facebook purchased Oculus and later changed its name — but the next day, Gray's mom noticed the skin around his eyes and forehead was red. When his eyes began to swell shut, the family rushed the teen to a nearby Surrey hospital in the UK.

"When he woke up on Boxing Day morning there was irritation along his cheekbones and on his forehead," mom Kirsty Reed told the newspaper. "There was a slight amount of swelling, but the next morning he's woken up his eyes are nearly shut."

Reed said doctors gave the boy antihistamines and precautionary steroids and he was later sent home, but that choking was a major concern during the reaction.

"It's worrying because you don't know what's going to happen or if the reaction's going to go further onto the throat," Reed told the Hull. "Anaphylaxis was a major concern as the swelling was so much."

Alarmingly, the Quest 2 has been temporarily recalled previously for reports of allergic reactions and skin irritation. Oculus first posted about the reports in December of 2020, stating that a small number of customers was affected and that the company would investigate.

In July of 2021, Andrew Bosworth, head of Facebook Reality Labs, posted an update and said all global customers would be able to receive a free silicone headset cover.

"While the rate of reports is small and the majority of reported cases are minor, we’re committed to ensuring our products are safe and comfortable for everyone who uses them," Bosworth wrote at the time.

In April of 2021, a second update claimed there were no issues with "contamination or unexpected substances" in the headsets but would still offer a free cover with new purchases and to customers with older headsets.

That's great in theory, but new purchases apparently don't already have the cover on, and is instead packaged separately in the box — and shows the intrinsic challenges for hardware that straps directly onto customers' faces.

"It didn't even come with cover on it," Reed told the Hull. "Why are they still producing it exactly the same when they know there's a problem?"

More on Meta: Sexual Assault is Already Happening in the Metaverse