Mysterious Chinese Virus May Have Spread From Snakes

Researchers have uncovered a crucial detail about the viral pandemic. 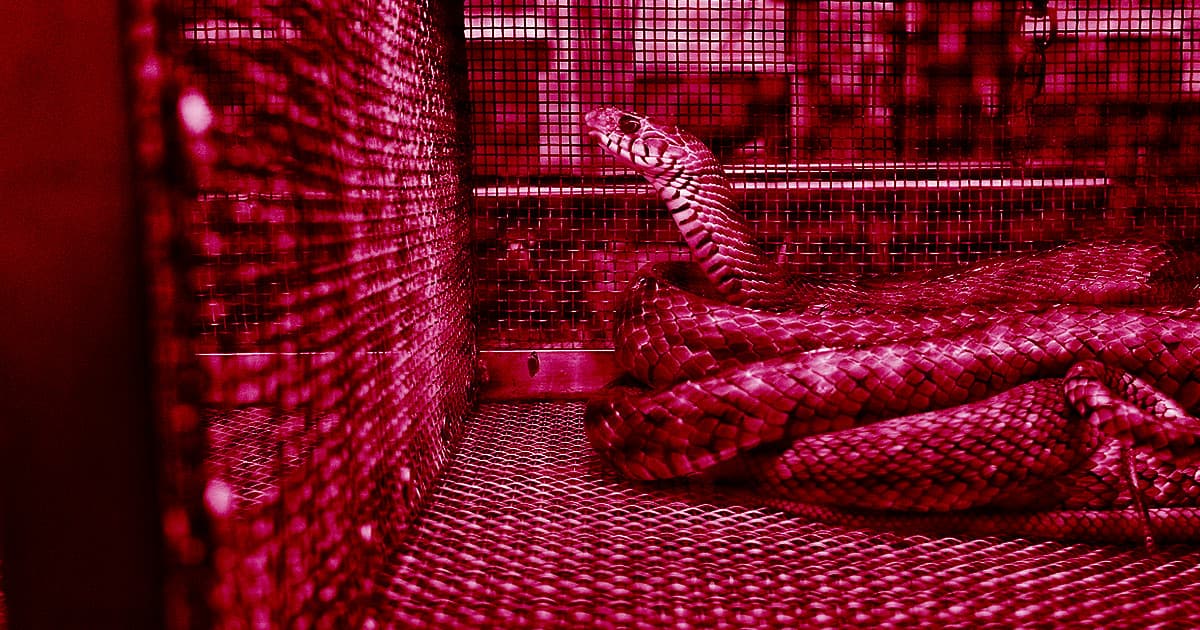 Scientists may have figured out where 2019-nCoV, the virus behind China's growing pandemic, came from.

The viral outbreak began at a seafood market in Wuhan, China that sold both butchered meat and live animals. A team of Peking University of China researchers suspects that the original culprit wasn't one of the fish — arguing instead that an infected snake likely set the whole thing off, according to New Scientist.

While it's too soon to say with certainty that a snake infected patient zero, the research is an important step toward understanding the mysterious disease.

"We are excited about this new speculation," Haitao Guo, a researcher at the University of Pittsburgh who didn't contribute to the research, told New Scientist. "We need more experimental evidence, but it gives us a clue."

To uncover the virus' source, the scientists compared samples from human patients to viruses found in a variety of animals. The study, published Wednesday in the Journal of Medical Virology, revealed that 2019-nCoV closely resembled viruses found in bats, but were even more similar to snake viruses.

Not everyone is convinced: University of Glasgow virologist David Robertson told Nature News that there's no evidence to suggest a reptilian virus could infect people, and that the bat hypothesis is more likely. Another possibility, he said, is that an intermediary animal got sick and passed the virus along to humans.

"Nothing supports snakes being involved," Robertson told Nature. "The intermediate host is the missing piece of the puzzle: how have all these people got infected?"

A snake virus — or whatever it was — would have made its way to humans through the air. Feces particles being dispersed by the wind is more likely than transmission through a bite, according to New Scientist.

It's even technically possible that two viruses from a bat and a snake combined to form 2019-nCoV, University of Washington researcher Peter Rabinowitz told New Scientist.

"It's still speculation, but if the virus is in the secretions or feces of the snakes," Rabinowitz, who didn't work on the new study, told the magazine, "it would be possible to aerosolize and be breathed in if there were enough snakes and enough people."

READ MORE: Wuhan coronavirus may have been transmitted to people from snakes [New Scientist]