It could help us fight everything from Ebola to the flu. 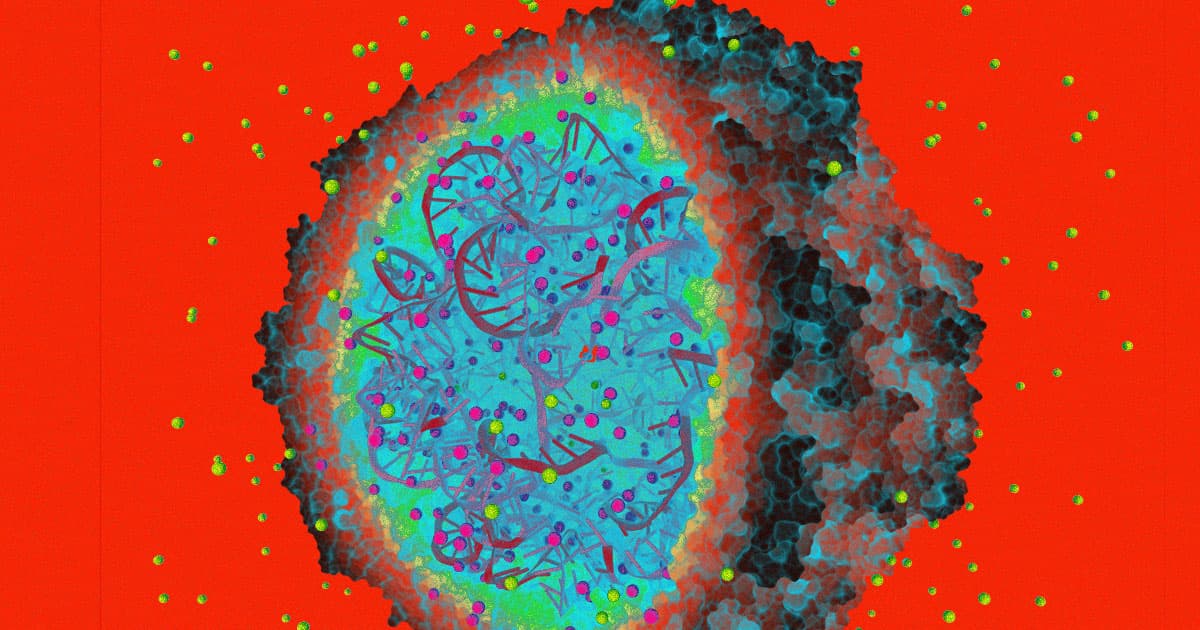 On the surface, Ebola and the flu might not seem all that similar — one can cause organ failure or death, while the other usually just makes you feel really crummy — but they actually have the same underlying cause: an RNA-based virus.

That's the type of virus behind some of the most common — and deadly — illnesses in the world, and researchers have just discovered a way to use the powerful gene-editing technology CRISPR in the fight against them.

On Thursday, a team lead by researchers from Harvard and MIT's Broad Institute published a study in the journal Molecular Cell detailing their creation of CARVER (Cas13-Assisted Restriction of Viral Expression and Readout), a system that utilizes the CRISPR enzyme Cas13, which "naturally targets viral RNA in bacteria," according to a Broad Institute press release.

The team started by analyzing RNA-based viruses to look for viral RNA sequences that Cas13 could target. They specifically wanted to cut sequences that were unlikely to cause mutatations, but would likely disable the virus.

"In theory, you could program Cas13 to attack virtually any part of a virus," researcher Cameron Myhrvold said in the press release. "But there’s huge diversity within and among species, and much of the genome changes rapidly as a virus evolves. If you’re not careful, you could be going after a target that will ultimately have no effect."

The researchers tested the system using human cells infected with three RNA-based viruses: lymphocytic choriomeningitis virus, influenza A virus, and vesicular stomatitis virus. Within 24 hours, the Cas13 enzymes they'd previously injected into the cells cut the viral RNA levels by up to 40-fold.

They then combined their Cas13 system with a diagnostic tool called SHERLOCK to give it the ability to measure viral RNA levels in a sample — and thus the CARVER system was born.

"We envision Cas13 as a research tool to explore many aspects of viral biology in human cells," researcher Catherine Freije said in the press release.

"It could also potentially be a clinical tool, where these systems could be used to diagnose a sample, treat a viral infection, and measure the effectiveness of the treatment," she continued, "all with the ability to adapt CARVER quickly to deal with new or drug-resistant viruses as they emerge."

2.15.22 Genetics
Scientists Warn That Terrorists Could Release a Horrifying Virus
9.07.21 Developments
Scientist Warns About Alien Viruses From Other Planets
9.28.20 Genetics
Scientists Discover Organisms That Eat Viruses
3.13.20 Developments
China May Have Identified Patient Zero in the Coronavirus Outbreak
10.04.19 Studies
Watch the First Video of a Virus Growing in Real-Time