Here's How the UK Avoided A "Vape Lung" Epidemic

The British government has a more measured system. 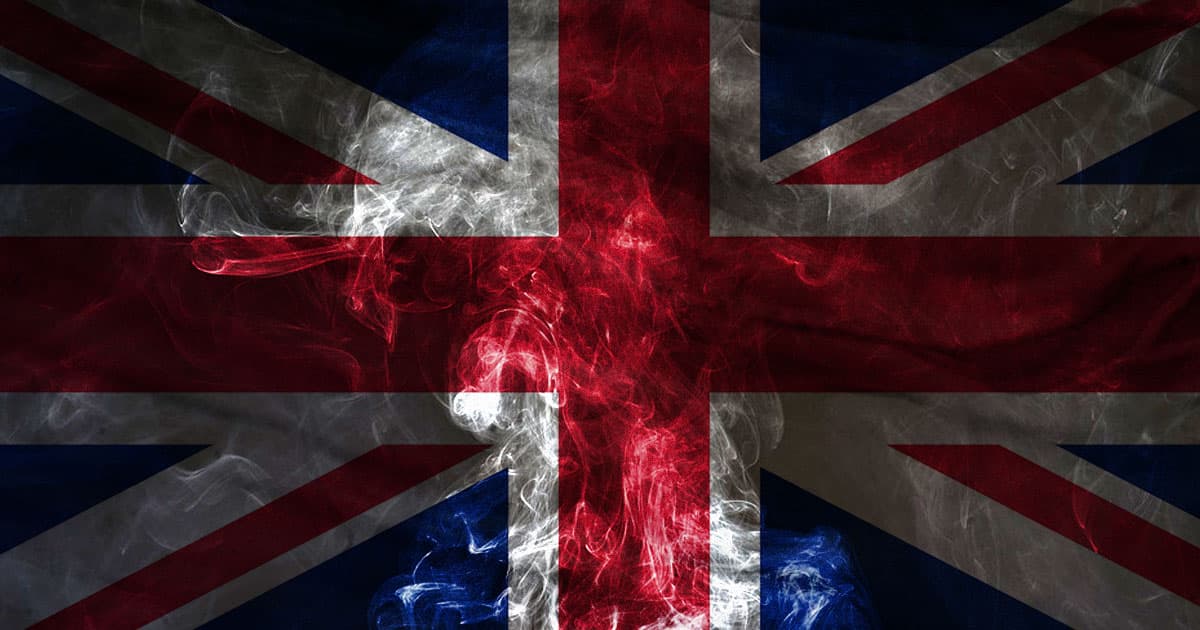 America finds itself in the midst of a "vape lung" epidemic — but the mysterious lung illness afflicting vapers in the U.S. hasn't hit the U.K. nearly as hard.

The difference seems to stem from the differences in how American and British regulatory agencies and politicians have responded to the rise of e-cigarettes, according to Vice.

While the U.K. government sees vaping as part of a long-term plan to end smoking, Vice suggests that prohibition-like policies in the U.S. could push vapers toward sketchy products that may be causing the lung conditions in the first place.

Nicotine products are bad news, health-wise, but the U.K. government has embraced vapes as a way to wean smokers off cigarettes altogether. And by embracing vape shops, the government is basically taking the same approach as a cool mom who lets her kids have beer — but only under safe conditions.

Meanwhile, Vice characterizes the U.S. and its jump from loose regulation of e-cigarettes to full-on vape bans as a bit more reactionary.

"I think the difference between the U.K. and the U.S. are due to the American propensity to turn health issues into moral crusades," University of Louisville doctor and tobacco addiction expert Brad Rodu told Vice. "It appears that policymakers in the U.S. are either completely ignorant of the history of tobacco, or completely ignore it."

READ MORE: Why People Are Dying from Vaping in the U.S. and Not the U.K. [Vice]

More on vaping: First Teen Dies of "Vaping-Related" Illness in the U.S.