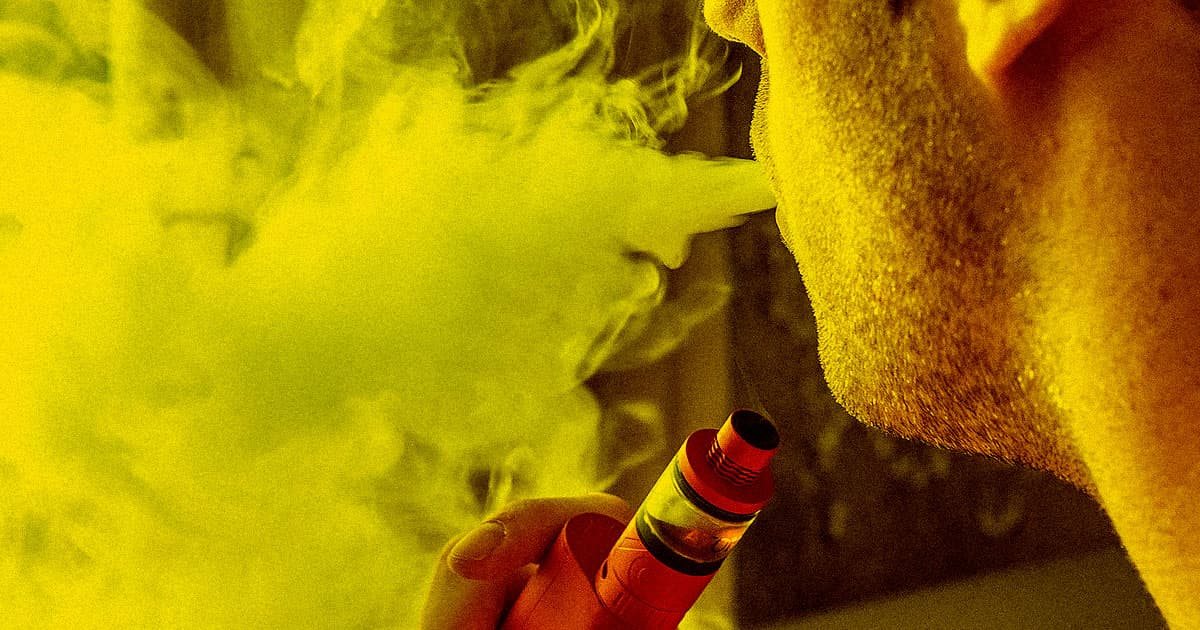 Heads up, vape nation: there's a chance that ripping some fat nicotine-infused clouds could end up giving you cancer.

In a landmark study funded by the National Institutes of Health, researchers at New York University found early but worrisome evidence that e-cigarette vapor causes lung cancer and maybe even bladder cancer in mice, as CNBC reports. It's the first time a study has found concrete links between nicotine vaping products and cancer.

"It’s foreseeable that if you smoke e-cigarettes, all kinds of disease comes out" over time, lead researcher Moon-Shong Tang told CNBC. "Long term, some cancer will come out, probably. E-cigarettes are bad news."

The study was published Monday in the prestigious journal Proceedings of the National Academy of Sciences.

The news comes after the Center for Disease Control (CDC) found that a recent outbreak in lung injuries or "vape disease" was associated with vaping. The CDC officially advised people to stay away from any vaping related products in September.

The latest estimates suggest that there are currently more than 1,000 cases of the mysterious illness. Investigators haven't linked the disease to any specific products.

While distressing, the mice study is meant to make the argument that we shouldn't compare it to human disease cases, "but instead argue that e-cig smoke must be more thoroughly studied before it is deemed safe or marketed that way," Tang said in a statement.

And according to Tang, it'll take another ten years or so before we fully understand the link between cancer and vaping in humans — but it's unlikely to turn into any kind of endorsement.

The researchers are hoping to conduct further research on a larger number of mice and investigate the changes in DNA caused by the vapor next.

Editor's note: This story has been updated to clarify the link between vaping and cancer in the mouse study.

More on vaping: Lungs of “Vape Lung” Patients Look Like They Inhaled Poison