The CEO of Juul Just Quit, Bowing to Pressure from White House

Things are looking grim for Juul. 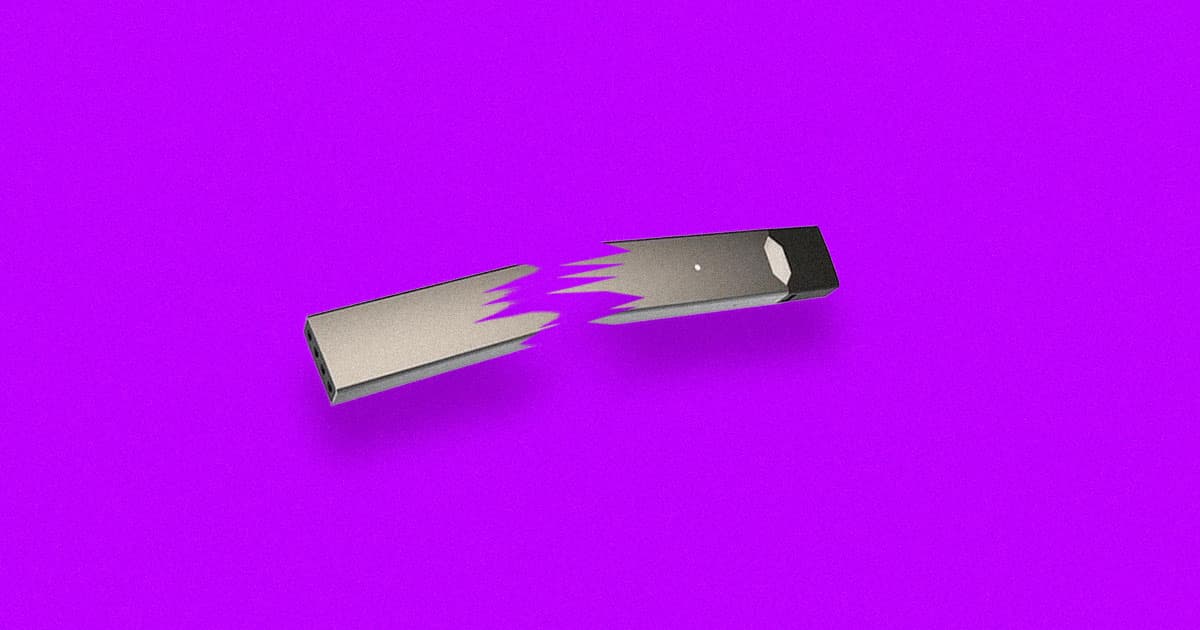 More bad news for the future of vaping.

Juul has enjoyed the number one spot as the most popular e-cigarette brand in the U.S. for years. But the brand is drawing increased scrutiny from regulators about whether it marketed its products, including flavored vape pods, to children.

The Trump administration proposed an outright ban of the sale of flavored e-cigarette products earlier this month. Juul announced today it will not fight the White House's proposal, according to The New York Times — despite estimating the move could reduce company sales by 80 percent.

Not only that, according to the Times, Juul will end its "Make the Switch" campaign, an effort to make e-cigarettes look less harmful than actual cigarettes. Juul also announced it will end talks about merging with tobacco juggernaut Philip Morris International.

It's the latest chapter in a saga of escalating regulatory pressure against the e-cigarette industry. A number of states including Massachusetts, New York, and Michigan recently imposed bans of flavored e-cigarette products.

Making matters worse, U.S. officials announced the first death from a mysterious vaping-related illness back in August. In an interview at the time with CBS, Burns blamed the vape-related illness on THC. At least five people have been killed from the "vape disease" since then.

An executive from Altria, a big tobacco company that owns a 35 percent stake in Juul, will take over from Burns.