"If this compound can be translated to humans, it has a bright future." 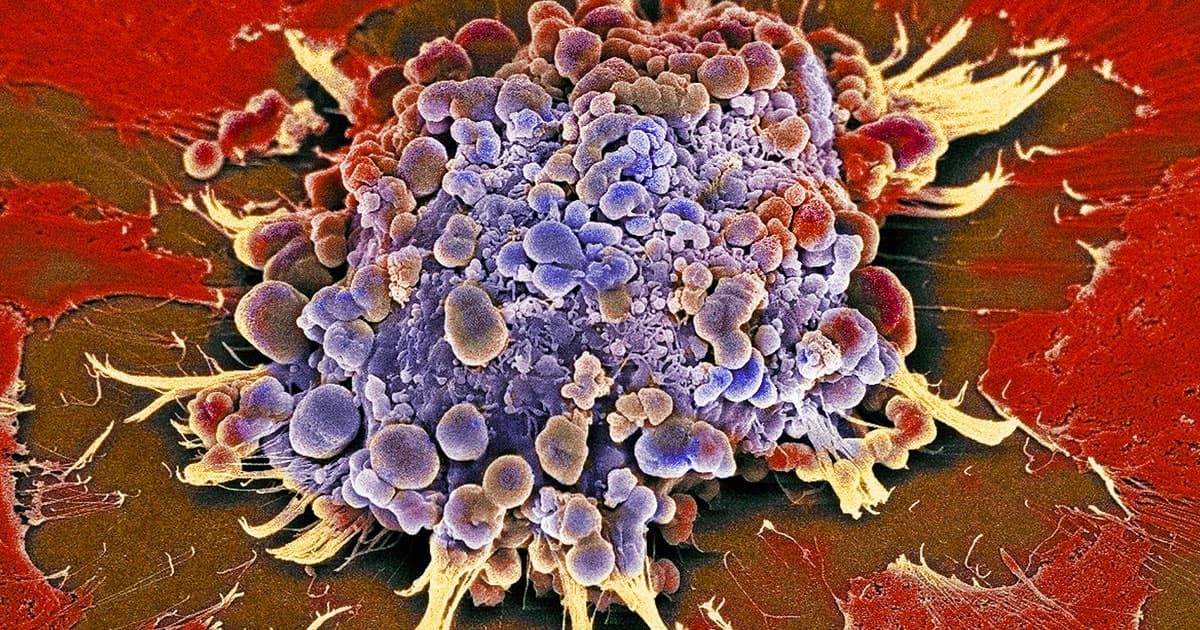 To grow and survive, cancer cells need to eat, and the amino acid glutamine is a big part of their diet.

In the 1950s, researchers tried using a compound called DON to prevent cancer cells from metabolizing glutamine, but the side effects of the drug in trials prevented its approval.

Now, in an attempt to overcome those side effects, a team at the Johns Hopkins School of Medicine has created a version of DON that only becomes active when it reaches the tumor — and, tantalizingly, the new cancer drug worked even better than they’d hoped in mice.

They published a study on the compound, JHU083, in the journal Science on Thursday.

When the team tested JHU083 on mouse models of four types of cancer, they found it significantly decreased tumor size and increased the animals’ chances of survival. That wasn’t just because the compound cut off the tumor cells’ food supply, either — it also seemed to supercharge the immune systems’ cancer-destroying T cells.

Another remarkable finding: when the Johns Hopkins team injected their treated mice with new tumor cells, almost all of the animals rejected the tumors, implying that their immune systems remembered the cancer and knew to attack it.

“That T cells are not inhibited by this compound, that is the miracle [that may allow the drug to become a cancer treatment],” Stefan Kempa, a biochemist at the Max Delbrück Center for Molecular Medicine who wasn’t involved in the study, told Science, later adding that “if this compound can be translated to humans, it has a bright future.”

5.18.22
Pharma Bro Martin Shkreli Released From Prison, Seen Eating at Cracker Barrel
5.18.22 Treatments
The Pope Says His Preferred Medication for Injury Is Tequila
5.18.22 Mental Health
People With Schizophrenia Are Skipping Meds and Making Peace With the Voices
5.15.22 Studies
Scientist Say They Might Be Able to Reverse Binge Drinking With Gene Editing
5.14.22 Devices
FDA Approves Vanilla-Flavored Underwear That Protect Against STIs

5.13.22 Studies
Scientists Claim to Bring Dead Human Eye Cells Back to Life
This study "joins a body of science raising questions about the irreversible nature of death."
By Lonnie Lee Hood / Read More >>
5.12.22
It’s Surprisingly Likely That You Have a Nasty Parasite in Your Eyeball
"Toxoplasma gondii is probably the most successful parasite in the world today."
By Noor Al-Sibai / Read More >>
5.11.22 Mental Health
Suicidal Posts Spike After Crypto Project Crashes
Don't let this happen to more people.
By Lonnie Lee Hood / Read More >>
Keep up.
Subscribe to our daily newsletter to keep in touch with the subjects shaping our future.
+Social+Newsletter
TopicsAbout UsContact Us
Copyright ©, Camden Media Inc All Rights Reserved. See our User Agreement, Privacy Policy and Data Use Policy. The material on this site may not be reproduced, distributed, transmitted, cached or otherwise used, except with prior written permission of Futurism. Fonts by Typekit and Monotype.