In a Recent Simulation, a Coronavirus Killed 65 Million People

We are woefully unprepared for a pandemic. 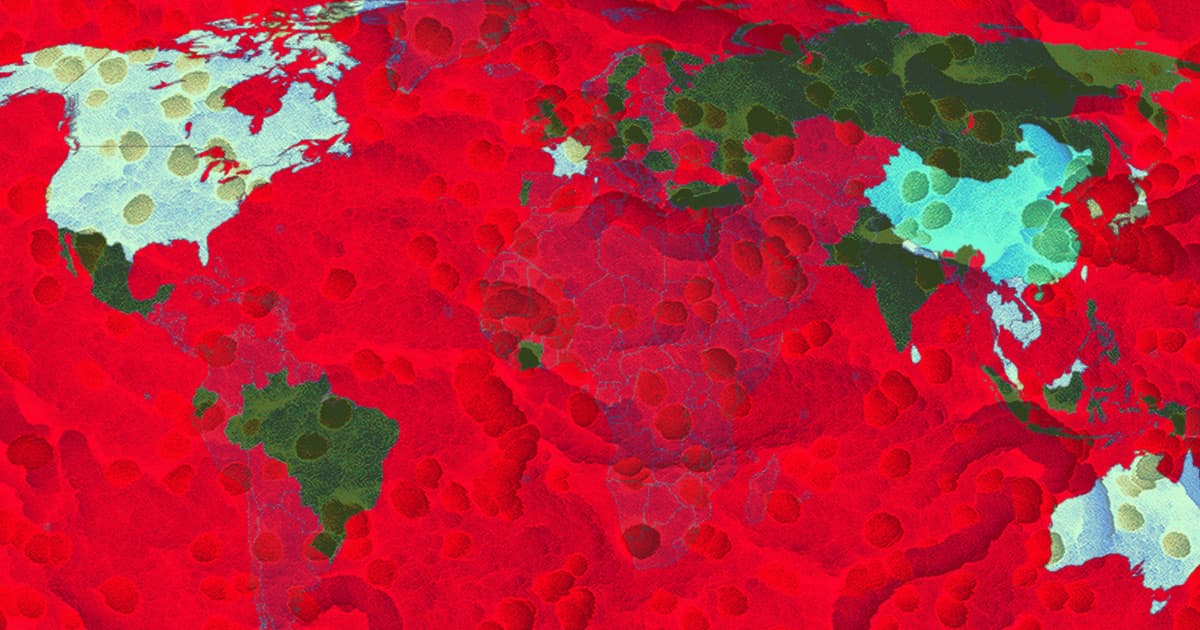 In October 2019, a group of 15 business people, government officials, and health experts gathered around a table in New York to plan out the global response to a worldwide outbreak of a never-before-seen — and completely fictional — coronavirus.

It was a training exercise with disturbing similarities, in retrospect, to 2019-nCoV — the Chinese virus that has swiftly gone global this month.

Three and a half hours later, the group finished the simulation exercise — and despite their best efforts, they couldn't prevent the hypothetical coronavirus from killing 65 million people.

The fictional coronavirus at the center of the Event 201 simulation — a collaboration between the Johns Hopkins Center for Health Security, the World Economic Forum, and the Bill and Melinda Gates Foundation — was called CAPS, and it started with pigs in Brazil before spreading to farmers, not unlike how 2019-nCoV reportedly began with animals before spreading to people.

In the simulation, CAPS infected people all across the globe within six months, and by the 18-month mark, it had killed 65 million people and triggered a global financial crisis.

The "players" in the Event 201 simulation included health experts from the United Nations and the Centers for Disease Control and Prevention, as well as several academics and representatives from private companies. In other words, they were the same types of people likely to plan the world's response to a real-life coronavirus pandemic.

That makes the exercise's devastating outcome particularly troubling. But according to Event 201's organizers, the purpose of the simulation wasn't to stir up fear. Instead, they hoped it would serve as a learning experience, highlighting both the potential impact of a pandemic as well as current gaps in our preparedness for one.

To that end, after the simulation ended, they created a list of seven actions that leaders in both the public and private sectors could take now to prepare for a scenario like Event 201.

The troubling implication remains, though, that if 2019-nCoV reaches the pandemic level, it might already be too late to prevent the millions of deaths predicted by Event 201.

More on coronavirus: Is the Coronavirus a Pandemic? Here’s What Experts Say.