Is the Coronavirus a Pandemic? Here's What Experts Say.

Let's take a step back. 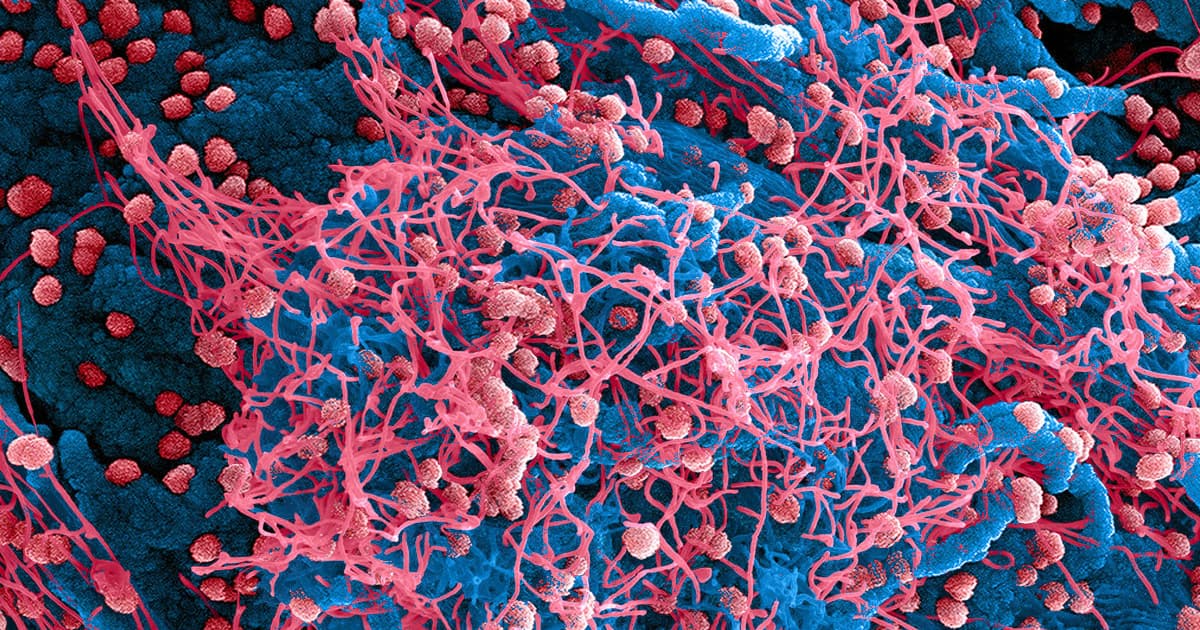 China is in the midst of a medical emergency. The world, though? Not so much, according to health experts.

In late December 2019, health officials in China reported that a previously unidentified coronavirus, later dubbed 2019-nCoV, had infected 59 people in the city of Wuhan.

By January 24, the number of people infected by the respiratory virus reached 830, with 25 confirmed deaths. Two days later, officials announced that both figures had more than doubled — at least 2,000 infected and 56 deaths.

The numbers shared by state-run Chinese media on Monday were even worse, with 2,840 confirmed coronavirus cases and 81 deaths. Fifty million Chinese residents are now under quarantine, but that hasn't stopped 2019-nCoV from spreading to 11 other countries, including the United States.

Based on those stats alone, it sounds like we're witnessing the beginning of the type of catastrophe typically relegated to blockbuster movies based on Michael Crichton books — but is the coronavirus outbreak a pandemic, the term health officials use to define a new disease that quickly spreads across a large area and affects a significant number of people?

Not according to the World Health Organization (WHO).

"Make no mistake, this is an emergency in China," Tedros Adhanom Ghebreyesus, the WHO's director general, told reporters on Thursday, "but it has not yet become a global health emergency."

So, the WHO doesn't think a never-before-seen virus that's suddenly killing dozens and quickly spreading across the globe is a pandemic. And that begs the question, "Why not?"

First off, while the coronavirus is spreading quickly, the number of people affected is still relatively low in the grand scheme of things. For comparison, the seasonal flu kills between 290,000 and 650,000 people every year, according to the WHO.

Based on the number of known coronavirus cases and deaths, its mortality rate is only slightly higher — about three percent — and as pointed out by The Guardian, that could actually be an overestimate, since the number of people unknowingly infected might actually be far higher than the reported figures.

Additionally, while the coronavirus has now infected people in 12 countries, all of the deaths have occurred in just one: China. That makes the situation more of an epidemic — an outbreak spreading rapidly within one population — than a pandemic.

The situation is still evolving rapidly, and the WHO decided that the coronavirus wasn't a global emergency before the death toll jumped this weekend — not to mention before it cropped up in Europe and Australia. And on Monday, it said it made a mistake in labeling the global risk for the coronavirus as "moderate" instead of "high."

There's still a chance the coronavirus outbreak could evolve to the pandemic level. And if that happens, the WHO could declare it a public health emergency of international concern, or PHEIC. That would essentially send the message that the WHO doesn't think China can handle the situation and that it and other nations needs to intervene.

For now, though, the WHO seems satisfied with China's effort to address the coronavirus outbreak, so while the situation is certainly both unusual and frightening, it's not a pandemic — not yet, anyway.

Editor's Note, 1/29: This article was updated to correct the number of deaths attributed to the seasonal flu annually.

READ MORE: What Is the Coronavirus? Symptoms, Treatment and Risks [The New York Times]