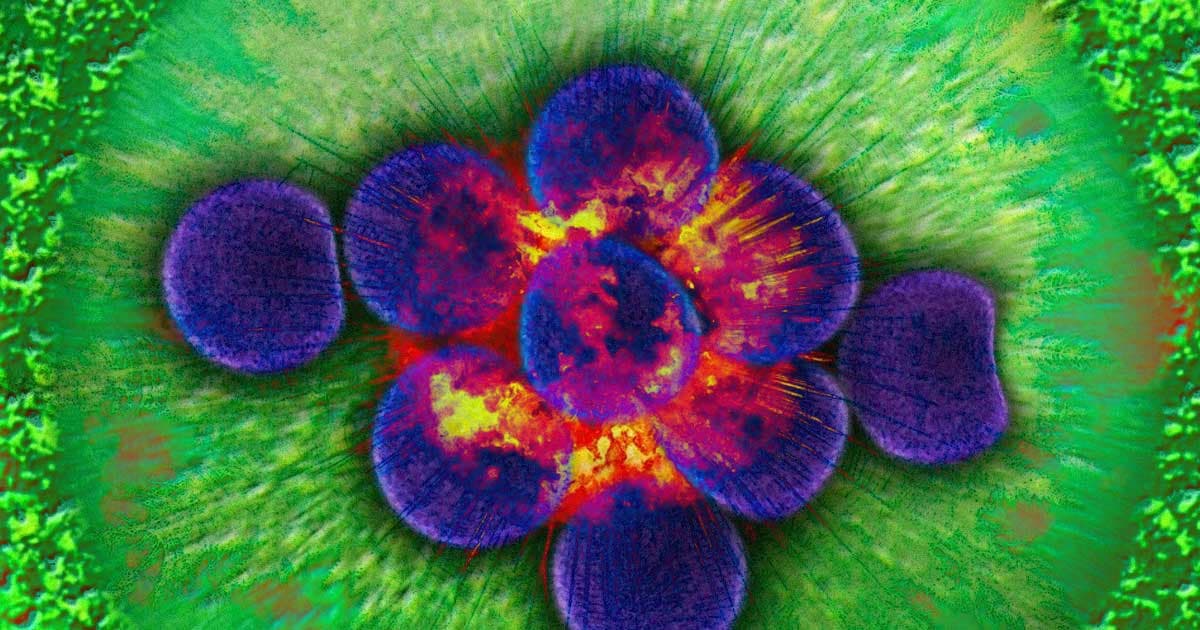 If one bacteria detects explosives, another will glow on the ground's surface.

If one bacteria detects explosives, another will glow on the ground's surface.

Detecting underground explosives is difficult because, well, you can't see them buried underground.

That's left the military with few options for detecting landmines and other subterranean explosives. They can train dogs or rats to literally sniff them out, but that puts the animals' lives at risk. Landmine-detecting robots, meanwhile, are expensive and bulky.

But now the US military is exploring another bomb detection option: glowing gene-edited bacteria.

The United States Defense Advanced Research Projects Agency has given researchers at the Worcester Polytechnic Institute and defense tech company Raytheon funding to explore the use of bacteria for bomb detection.

The idea, Raytheon wrote in a press release, is to genetically engineer two types of bacteria. If the first type comes in contact with an underground explosive, it'll prompt the second type to glow on the ground's surface where it will draw the attention of nearby cameras or drones.

Allison Taggart, principal investigator for Raytheon's Bio Reporters for Subterranean Surveillance program, said in the press release that researchers already know that it's possible to get bacteria to detect explosives, but the team needs to figure out how to harness that ability when the explosives are underground.

"We're investigating how to transport the reporting bacteria to the required depth underground," she explained, "and then pushing the luminescence up to the surface so it's easily visible."

If the researchers are successful, the military could soon have a way to detect the estimated 110 million explosives currently underground without putting any soldiers, animals, or robots at risk.

More on bomb detection: Nanobiotics Turned Spinach Into an Explosives-Detector

What Lies Beneath
Researchers Say "Conan the Bacterium" Could Be Hidden Beneath Mars’ Surface
10. 30. 22
Read More
Brands We Love
Microbes Are Making Merry on Your Mattress. But These Bed Sheets Can Put a Stop to It.
1. 29. 21
Read More
Brands We Love
There's a Biohazard in Your Bedroom. But These Bacteria-Resistant Bed Sheets Can Help.
4. 7. 20
Read More
+Social+Newsletter
TopicsAbout UsContact Us
Copyright ©, Camden Media Inc All Rights Reserved. See our User Agreement, Privacy Policy and Data Use Policy. The material on this site may not be reproduced, distributed, transmitted, cached or otherwise used, except with prior written permission of Futurism. Articles may contain affiliate links which enable us to share in the revenue of any purchases made.
Fonts by Typekit and Monotype.