Medical Experiments in Space Could Fight Aging on Earth

"Pretty quickly, even within the next three to five years, they could help us provide cures for cancer down here on the ground." 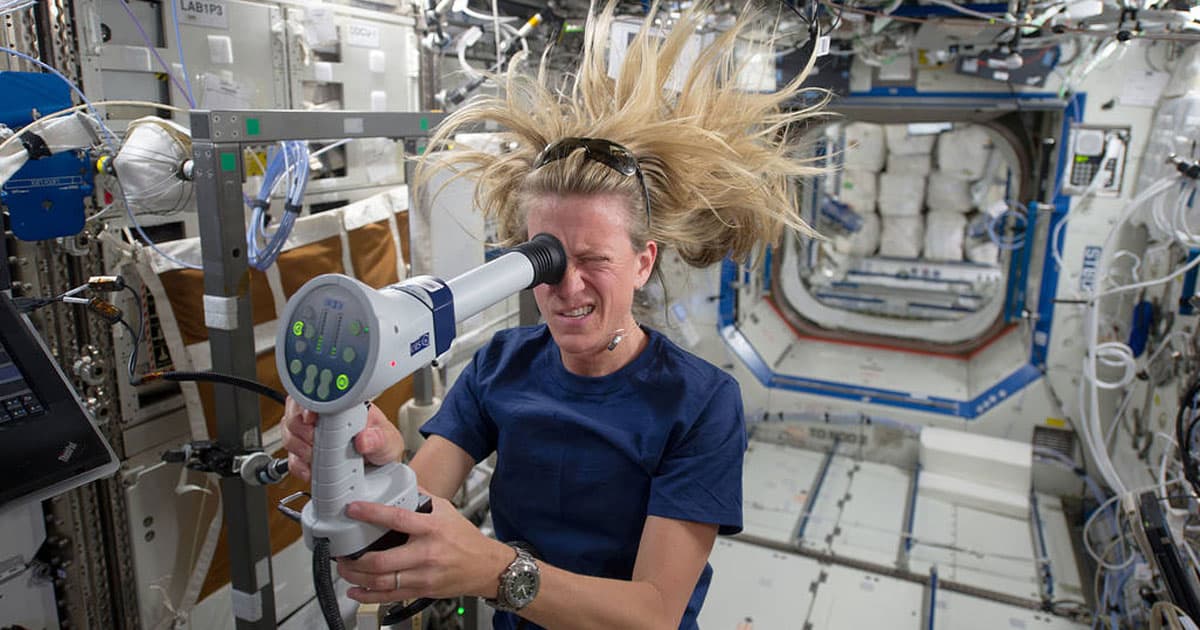 In many ways, the bodies of astronauts seem to age faster than those of us down on Earth.

With that in mind, NASA is studying how astronauts fare in microgravity in order to come up with new treatments that might help people back home, CNET reports in a profile on astronaut, engineer, and surgeon Serena Auñón-Chancellor.

Most notably, NASA has learned that an astronaut's bone mass will drop by about one percent per month in space, largely mirroring the changes in bone density caused by osteoporosis. A similar comparison can be made between astronauts' and the elderly's loss of muscle over time.

Auñón-Chancellor told CNET that she spent her six months in space sending biological samples back down to Earth for doctors to analyze in hopes of developing a new treatment.

"It's interesting because they can look at us and maybe even test certain medications with the sort of bone loss that we have," Auñón-Chancellor told CNET. "That also impacts millions of Americans on the ground who also have osteoporosis."

Auñón-Chancellor says she's also worked on studies that could facilitate reproduction in space and lead to treatments for cancer or Parkinson's Disease, and she's confident that her work in orbit will improve medicine down below.

"Pretty quickly, even within the next three to five years, they could help us provide cures for cancer down here on the ground," she told CNET.

READ MORE: Space medicine isn't just for astronauts. It's for all of us [CNET]