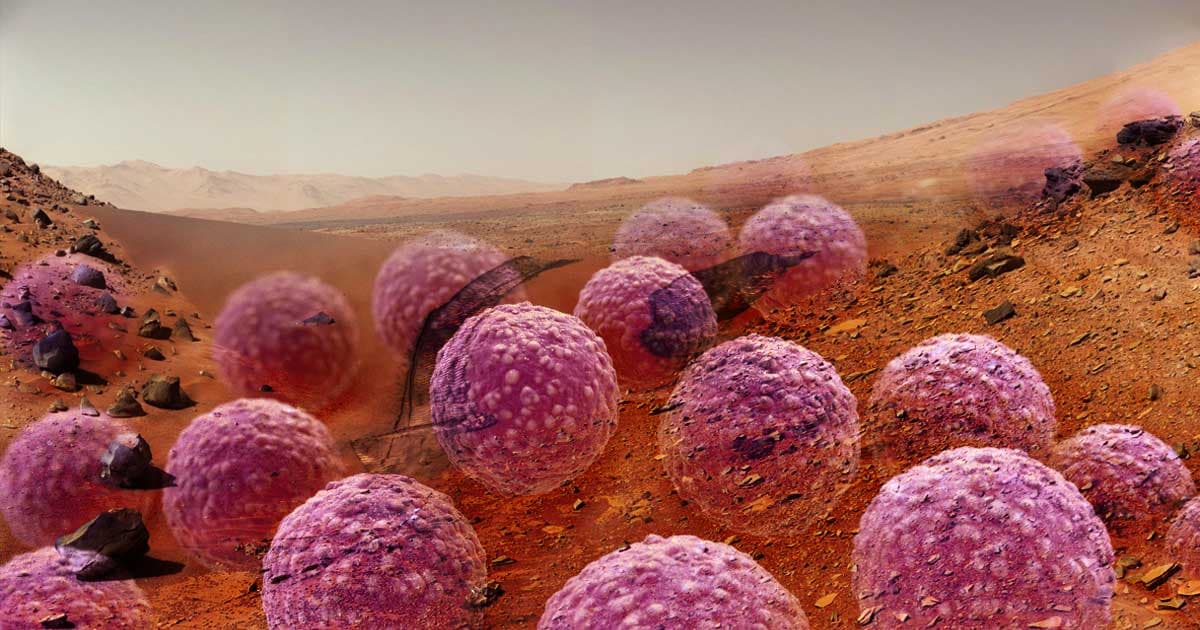 A Ph.D. student has an unusual idea for terraforming and colonizing Mars: send spacecrafts, loaded up with bacteria, and let them do the bulk of the work.

By sending specific microbes to Mars, Delft University of Technology doctoral candidate Benjamin Lehner argues that humans who make the journey years later will arrive at a planet full of raw materials that could be used to build a settlement rather than bringing things with them. It's an unusual proposal, but a university press release reports that both NASA and the ESA are interested.

Seeding Mars with microbes, of course, would completely ruin astrobiologists' attempts to find traces of extraterrestrial life there. To prevent cross-planetary contamination, Lehner designed a closed-loop system to gather Martian soil, extract minerals, and turn them into useful materials.

The short version is that a rover — basically a robot shovel — will bring soil to a bioreactor full of bacteria, which will consume the iron-rich but unusable soil and digest it into a more useful oxide. After that, a 3D printer can make tools and whatever else future settlers might need.

Lehner's research suggests it would take years for the bacteria to produce enough iron to be useful, so his proposal is far from a quick answer to the challenges of space colonization.

And that's all assuming the research is sound to begin with — the doctoral candidate will defend his thesis on Friday, at which point it will be clearer whether the proposed terraforming system is actually feasible.

READ MORE: Building a Mars base with bacteria [Delft University of Technology]

More on settling Mars: Reality Check: It Would Take Thousands of Years to Colonize Mars

Round Trip
NASA Reveals Early Plans to Send Two Astronauts to Surface of Mars
May 18
Read More
Death Watch
Goodnight Sweet Prince: NASA is Officially Killing Its Mars Lander
May 17
Read More
Mars Attack
Scientists Worried About Military Facility to Store NASA Mars Rocks
May 4
Read More
+Social+Newsletter
TopicsAbout UsContact Us
Copyright ©, Camden Media Inc All Rights Reserved. See our User Agreement, Privacy Policy and Data Use Policy. The material on this site may not be reproduced, distributed, transmitted, cached or otherwise used, except with prior written permission of Futurism. Fonts by Typekit and Monotype.