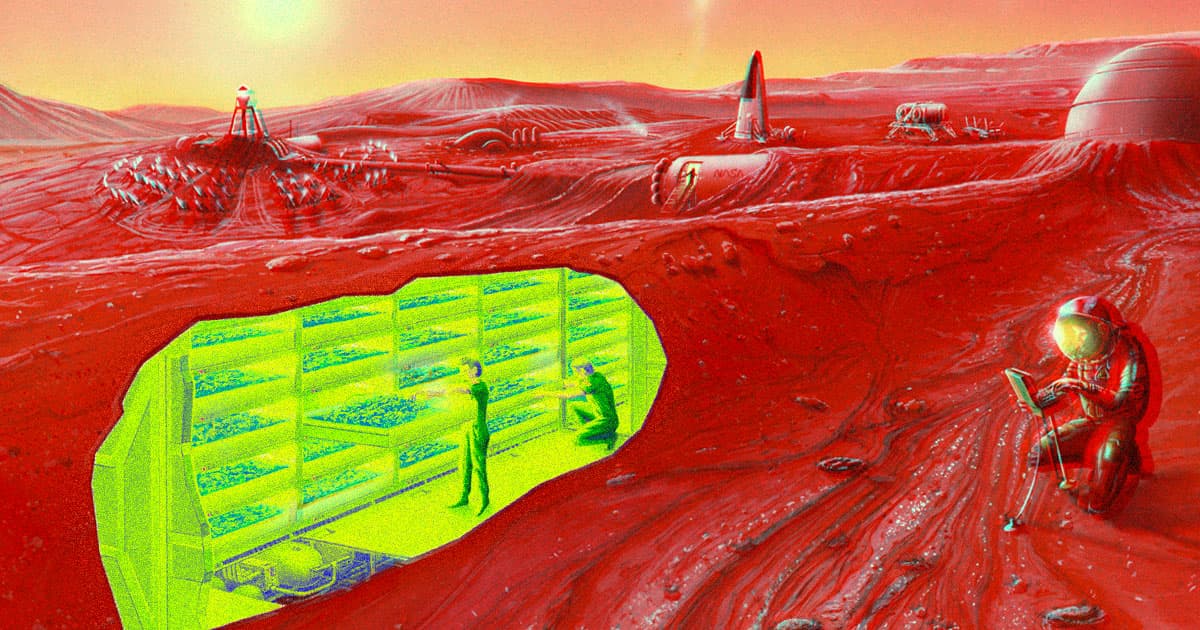 Reality Check: It Would Take Thousands Of Years To Colonize Mars

In spite of lofty dreams, settling Mars will likely take thousands of years.

The sobering reality is that no matter how much SpaceX CEO Elon Musk touts Martian colonies as an inevitable development that could happen within his lifetime, there are so many technical, medical, and logistical challenges to sort out before colonizing the Red planet that experts told Gizmodo it will likely take millennia to figure it all out.

Right now, we have no idea how to protect astronauts from the dangerous levels of space radiation to which they would be exposed during a brief Mars vacation, let alone a permanent stay there. And microgravity can cause dangerous changes to the human body, especially when it's faced with the challenges of reproduction.

"People like to be optimistic about the idea of colonizing Mars,” Rachel Seidler, a University of Florida neuroscientist who's studied microgravity, told Gizmodo. "But it also sounds a bit pie-in-the-sky."

More on attempts to colonize Mars: 7 Ways to Die in the Future