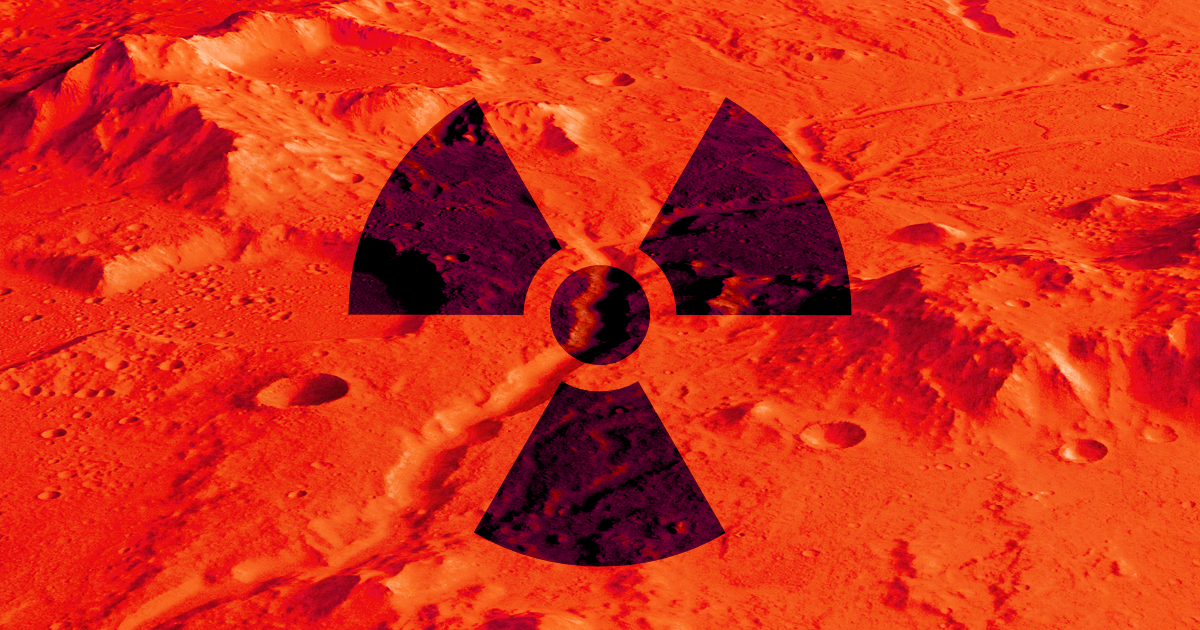 Scientists are working on new shields to protect astronauts as they venture out.

Scientists are working on new shields to protect astronauts as they venture out.

Elon Musk once said he'd likely move to Mars in his lifetime. But before we settle the Red Planet, the European Space Agency (ESA) urges extreme caution.

That's because it lacks the natural barriers that protect us Earthlings from cosmic radiation, which would put astronauts at risk of deadly health conditions. But they're working on it — the ESA says it has partnered with particle accelerators to recreate cosmic radiation in a controlled setting and build shields that can protect future explorers.

Astronauts on the International Space Station are subjected to 200 times the cosmic radiation as people are on Earth, according to ExtremeTech. On Mars, that number jumps up to 700 — scientists have even suggested that Martian settlers may rapidly mutate to adapt.

"The real problem is the large uncertainty surrounding the risks," said ESA physicist Marco Durante in the press release. "We don’t understand space radiation very well and the long-lasting effects are unknown."

The ESA found that a six-month stay on Mars would expose astronauts to "60% of the total radiation dose limit recommended for their entire career."

Ongoing experiments suggest that lithium is a promising material for future spacecraft and radiation shields, according to the press release, but they haven't reached the point at which space travel becomes safe.

"As it stands today, we can’t go to Mars due to radiation," said Durante. "It would be impossible to meet acceptable dose limits."

More on space: Four Legal Challenges to Resolve Before Settling on Mars