And other takeaways from his interview with Axios. 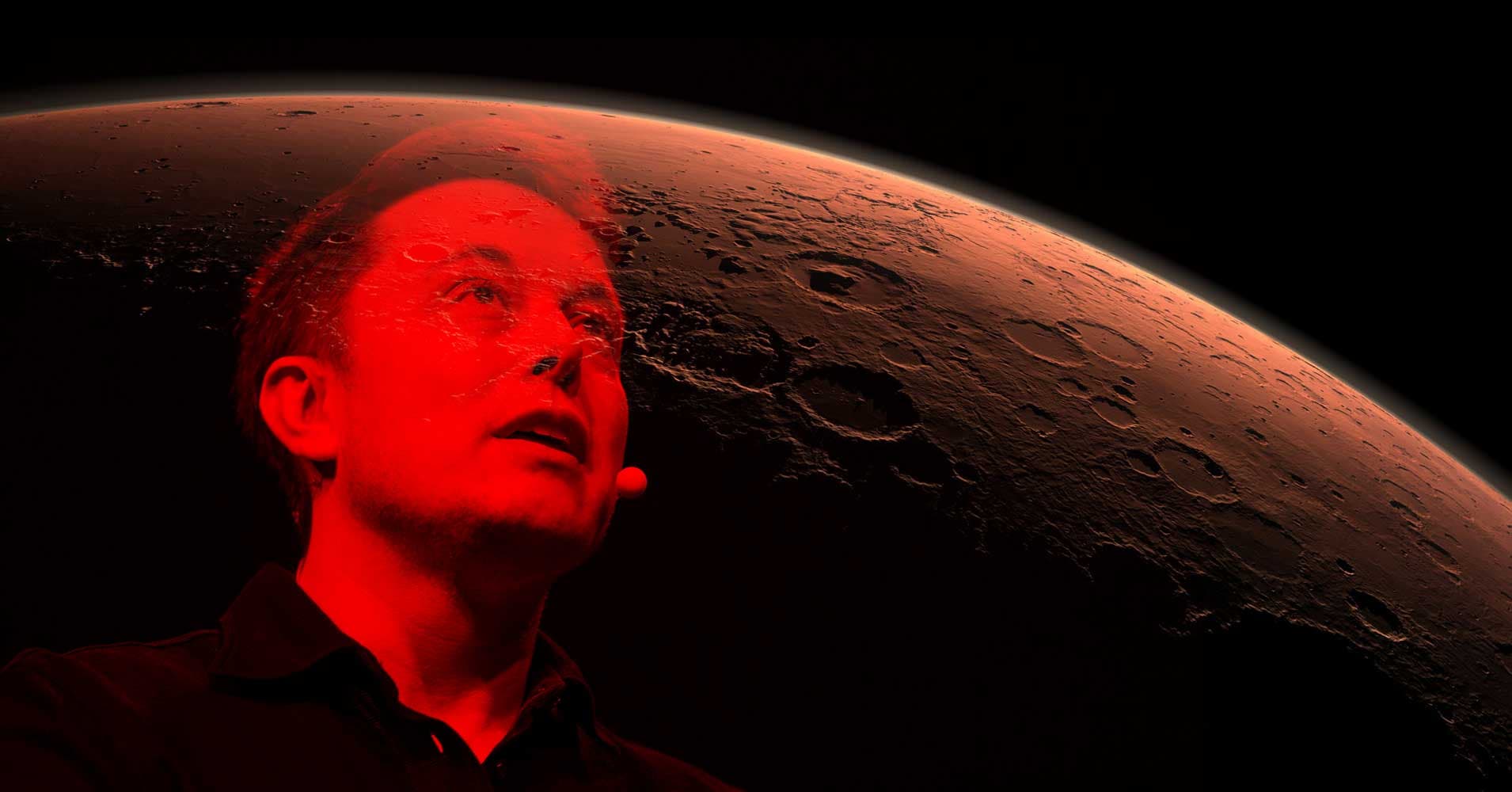 SpaceX CEO Elon Musk doesn't just want to send people to Mars — he plans to travel to the Red Planet himself.

On Sunday night, HBO aired the latest episode of "Axios on HBO," a four-part documentary series covering the latest in tech, science, and politics. During an interview with Musk, Axios's Mike Allen and Jim VandeHei asked the billionaire entrepreneur how likely he was to go to Mars himself. Musk's reply: "70 percent."

He's not just planning to visit the planet, either — "I'm talking about moving there," he told Allen and VandeHei.

Musk attributes his willingness to travel to Mars to the progress SpaceX is making, noting that several breakthroughs have him really "fired up."

During the interview, he also elaborated on the conditions he expects to face if he does make it to Mars, noting that life there would be anything but leisurely:

Your probability of dying on Mars is much higher than Earth... It's gonna be hard, there's a good chance of death, going in a little can through deep space. You might land successfully. Once you land successfully, you'll be working nonstop to build the base. So, you know, not much time for leisure. And once you get there, even after doing all this, it's a very harsh environment, so you, there's a good chance you die there. We think you can come back, but we're not sure.

Best of the Rest

Mars wasn't the only topic Musk talked about during the Axios interview. He also discussed his neuroscience company, Neuralink, noting that its long-term goal is "to achieve a symbiosis with artificial intelligence," which he asserts is an “existential threat" to humanity.

And of course, no Musk interview would be complete without mention of Tesla.

Musk told Axios the company was near-death as it ramped up production of the Model 3 earlier in 2018: "Essentially, the company was bleeding money like crazy, and if we didn't solve these problems in a very short period of time, we would die. And it was extremely difficult to solve them."

More on SpaceX and Mars: Elon Musk Just Changed the BFR’s Name for a Fourth Time

Read This Next
A Sip of Opal
NASA Discovers Precious Gemstones on Mars
Shot Well
Head of NASA Relieved to Hear Elon Musk Isn't REALLY Running SpaceX
Martian Oases
Scientist Proposes Growing a Forest Inside a Bubble on Mars
Big Impact
Meteorite Hit Mars So Hard NASA Thought It Was a Quake
Makeover Scene
Space Tourist Says He's Thinking About Flying SpaceX Craft Up to Fix Hubble
More on Off World
Hall Effect
Yesterday on futurism
Test Suggests Ion Thrusters Could Power Crewed Interplanetary Missions
CHON: Legacy
Yesterday on the byte
James Webb Discovers Coldest Ice in Known Universe, Harboring Molecules Essential For Life
Is There?
Yesterday on the byte
NASA Setting Up Facility For Mars Rock Samples That Might Contain Alien Life
READ MORE STORIES ABOUT / Off World
Keep up.
Subscribe to our daily newsletter to keep in touch with the subjects shaping our future.
+Social+Newsletter
TopicsAbout UsContact Us
Copyright ©, Camden Media Inc All Rights Reserved. See our User Agreement, Privacy Policy and Data Use Policy. The material on this site may not be reproduced, distributed, transmitted, cached or otherwise used, except with prior written permission of Futurism. Articles may contain affiliate links which enable us to share in the revenue of any purchases made.
Fonts by Typekit and Monotype.