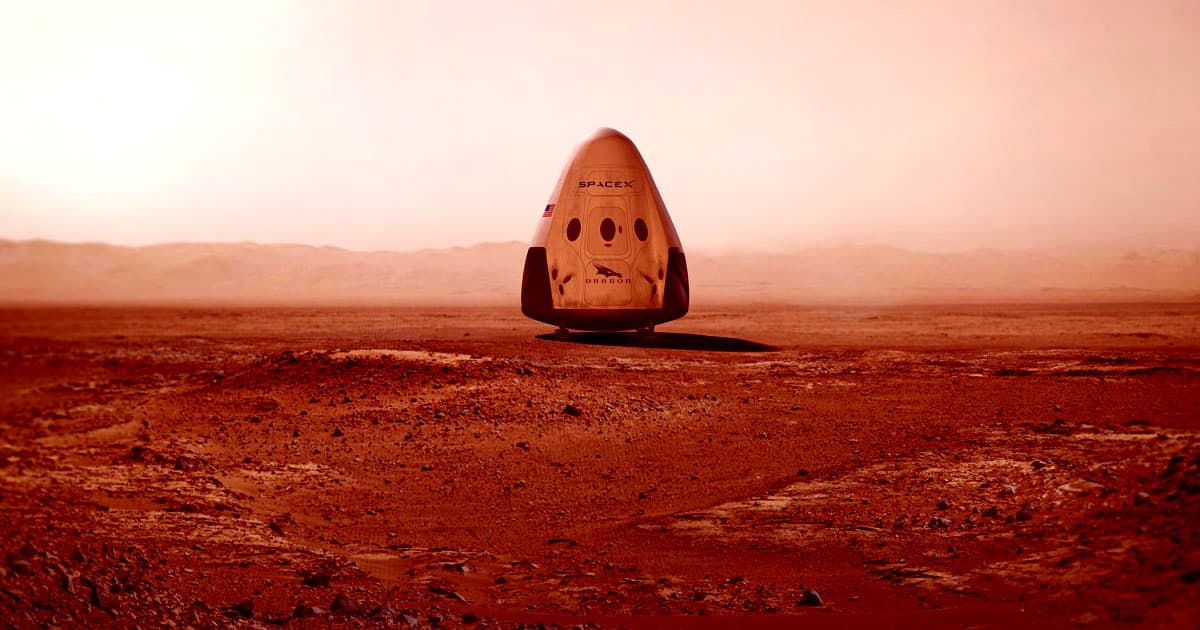 SpaceX CEO Elon Musk said on Twitter Sunday night that he expects a round-trip ticket to Mars to eventually cost less than a luxury wedding.

"Very dependent on volume, but I’m confident moving to Mars (return ticket is free) will one day cost less than $500k & maybe even below $100k," he wrote. "Low enough that most people in advanced economies could sell their home on Earth & move to Mars if they want."

If Musk is right, it'd mean that the cost of Mars missions is set to fall by several orders of magnitude. NASA's Curiosity rover, for instance, quickly ate up more than $2.5 billion in funding.

And that's without getting into the expensive proposition of living on Mars, where any off-world colonies would initially be entirely dependent on shipments from Earth.

The Price Is Right

Maybe that skepticism is why, in a follow-up reply, Musk seemed to hedge his bets.

"Just planning on keeping the public informed about progress & setbacks," he wrote. "Will be some [Rapid Unscheduled Disassemblies] along the way, but excitement is guaranteed!"