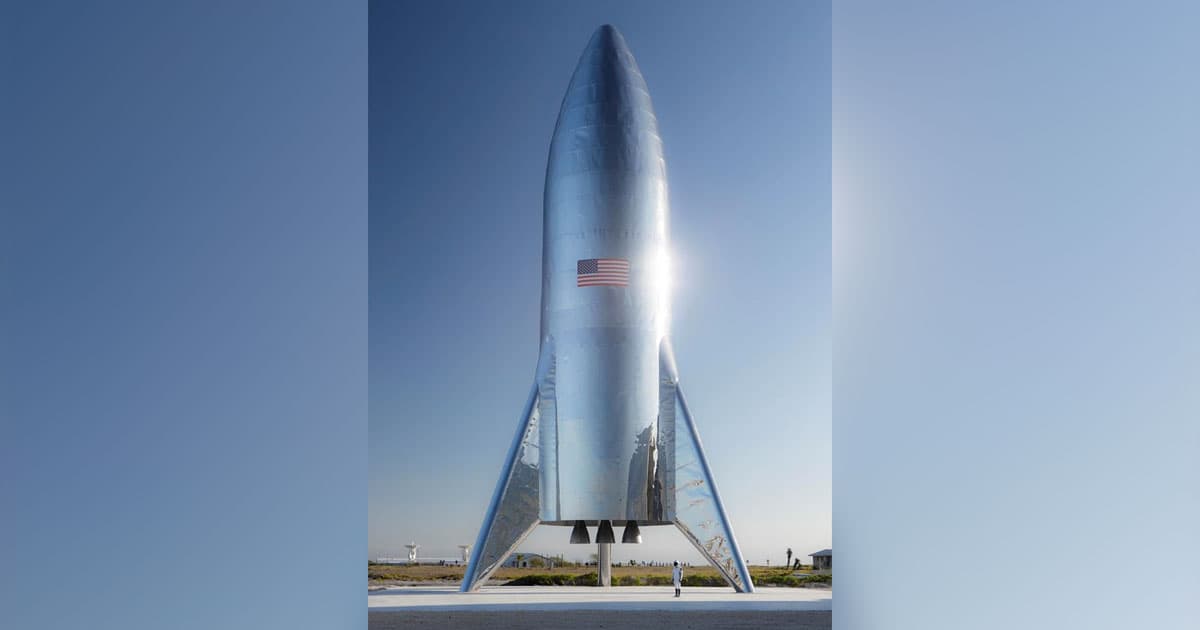 See the rocket designed to take us to Mars.

See the rocket designed to take us to Mars.

Looks like SpaceX's Starship is one step closer to liftoff.

On Thursday, CEO Elon Musk tweeted a photo of the rocket with the ever-changing name, and it looks like something out of a science-fiction film.

Starship test flight rocket just finished assembly at the @SpaceX Texas launch site. This is an actual picture, not a rendering. pic.twitter.com/k1HkueoXaz

Musk also shared a few more details on the rocket in a follow-up tweet: "This is for suborbital VTOL [vertical take-off and landing] tests. Orbital version is taller, has thicker skins (won’t wrinkle) & a smoothly curving nose section."

Those suborbital VTOL tests could take place as soon as February, according to Musk. As for when we'll get a chance to see an orbital version, Musk claims that could happen in June.

Once these tests are complete, SpaceX has many plans for Starship.

In terms of space travel, SpaceX plans to use the rocket for crewed missions to the Moon in 2023 and Mars in 2024. It also sees the craft revolutionizing transportation here on Earth, moving people from one part of the globe to any other in less than an hour.

But for now, the company needs to get through these first tests. And it looks like the suborbital version is just about ready to go.

More on Starship: Elon Musk: First Starship Test Could Be in Four Weeks