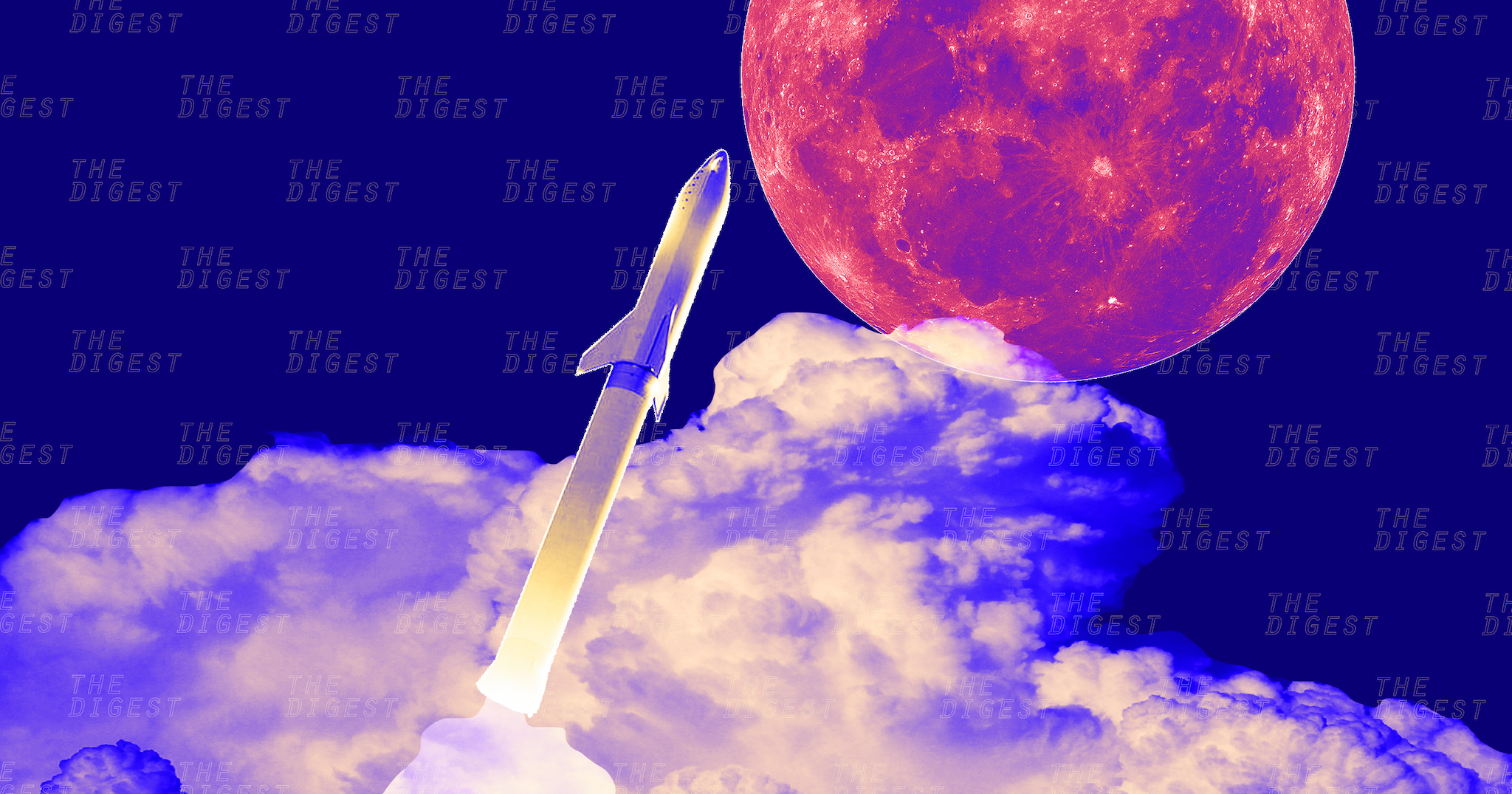 They will be the "first private passenger" on the BFR.

They will be the "first private passenger" on the BFR.

Someone has agreed to be the first commercial passenger on SpaceX's BFR. And on Monday night, we'll find out who that person is.

SpaceX has lots of plans for its appropriately named Big Falcon Rocket (BFR). The massive craft could one day cut the time it takes to travel across the globe from hours to minutes. It might even one day ferry humans all the way to Mars.

Before all that, though, it's taking someone for a trip around the Moon.

On Friday, SpaceX confirmed that it knew who would be the BFR's first private passenger as it does a lap around the Moon.

The only hint we have so far: a tweet from SpaceX CEO Elon Musk in which he shared an emoji of the Japanese flag (and that Musk himself isn't the passenger). Is the passenger Japanese? Find out tonight.

Musk started the press conference with a recap of SpaceX's history, the company's ultimate goal — make humanity a multi-planetary civilization — and how the BFR fits into that mission.

He also shared an update on the BFR's design. According to Musk, the craft is 118 meters tall and can carry over 100 metric tons of payload to low-Earth orbit with full reuse. With propellant depots in space, it can go anywhere in the solar system. SpaceX also increased the forward payload section to over 1,000 cubic meters of pressurized volume.

The BFR has two rear actuated AFT fins and one fin that isn't actuated nor is it a vertical stablizer. It's "just a leg," said Musk.  He then played a simulation of the BFR landing, noting that the craft "falls like a skydiver," using its entire body to break before landing upright.

Musk said the next step for SpaceX is to simply continue building the BFR. He then shared a diagram of the BFR's trajectory for the Moon mission, noting it should take about 4 to 5 days to complete. He also emphasized the plan to test the rocket multiple times before putting humans onboard.

After that, Musk started talking dollars and cents. To fund BFR, he mentioned launching satellites, transporting goods (and eventually, astronauts) to the ISS, the in-development StarLink global broadband system, and private customers.

At that point, Musk introduced the BFR's first paying customer: Yusaku Maezawa, who is indeed from Japan.

Maezawa then said a few words about his upcoming Moon mission. He told the audience he was very excited to be the first private passenger aboard the BFR and then shared a little background on himself, noting his early love of skateboarding and music and the later launch of his private fashion label, Zozo.

Maezawa then started talking about the Moon and why he wants to go there, saying he was always fascinated by the Moon as a child and could not pass up the opportunity to see it up close. He then noted that he purchased not one but all the seats on the BFR because he wanted to bring artists from around the world to the Moon with him through a project he calls #dearMoon.

Through #dearMoon, Maezawa plans to bring 6 to 8 artist along during his mission to the Moon in 2023. The artists will then be required to create an artwork after they return to Earth. He hasn't chosen his fellow travelers yet, but Maezawa is hoping to get top artists from such fields as music, painting, filmmaking, and fashion. He told the audience they could read more about the project on a website that would go live immediately following the press conference.

Musk then joined Maezawa on stage again to do a Q&A. He noted that SpaceX didn't decided to send Maezawa to the Moon — Maezawa stepped forward to be that person and was willing to pay for the honor (Musk declined to say just how much money, but did confirm that Maezawa has already made a "significant deposit" on the fee).

In response to an inquiry from Quartz, Musk noted that less than 5 percent of SpaceX's resources are currently spent on BFR, but that will change significantly in the years to come. A reporter from The Verge asked about the development cost of the BFR, and according to Musk, it's probably $5 billion, but almost definitely no less than $2 billion and no more than $10 billion.

The same Verge reporter asked Maezawa what he looks forward to most about the trip, to which he responded that he's eager to see what different artists getting together in that setting could bring to life.

We also learned during the Q&A that SpaceX hasn't decided on a launch site for the BFR, but Musk does have a tentative name for the first craft in mind: Heart of Gold, taken from Douglas Adams's The Hitchhiker's Guide to the Galaxy.

When a reporter from CBS News asked what made SpaceX so sure it could meet the 2023 deadline, Musk noted that the company isn't sure. There are simply too many uncertainties that could affect the date, but if everything goes approximately right, in five years, Maezawa and his troupe of artists will take flight.

As for whether Musk thinks he'll be one of the people accompanying Maezawa on the first BFR trip? "I don't know...Maybe we'll both be on it," he told the audience.