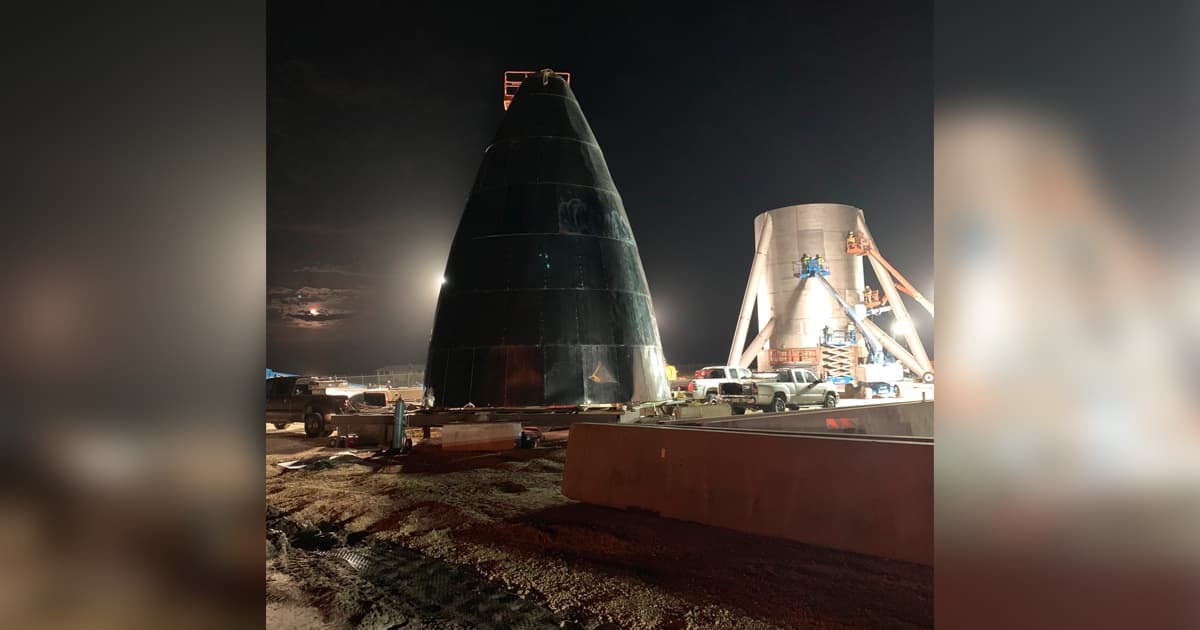 The SpaceX CEO took to the social media platform on Christmas Eve to share a new image of a prototype version of the Starship spacecraft at the company's Texas testing facilities.

The massive rocket with the ever-changing name — it was previously known as the "Mars Colonial Transporter," the "Interplanetary Transport System," and the "Big Falcon Rocket" — could one day ferry passengers to Mars. And Musk's new photo reveals that the key to making that possible might be a material you've got in your kitchen right now.

The new Starship is made out of stainless steel,  according to the tweet, a material which handles extreme heat very well — polish it up, and its mirror-like finish will reflect thermal energy far better than the carbon-based materials used for many rockets.

That could help Starship withstand the strain of long-term spaceflight, but stainless steel is heavier than carbon fiber, and keeping weight down is extremely important in space travel.

From an impromptu Twitter Q&A following the reveal of the Starship prototype, we learned that by exposing the stainless steel to extremely cold temperatures — that is, giving it a cryogenic treatment — SpaceX was able to get around the issue of the material weighing more than carbon fiber. According to a Musk tweet, "Usable strength/weight of full hard stainless at cryo is slightly better than carbon fiber, room temp is worse, high temp is vastly better."

Perhaps the most exciting Starship revelation of the past week, though, is Musk's assertion that the prototype could be ready for liftoff in just a few months' time.

On December 22, he tweeted that he would "do a full technical presentation of Starship" after the prototype's test flight, which could happen in March or April. If all goes well with that test flight, SpaceX could be one step closer to achieving Musk's vision of making humanity a multiplanetary species.