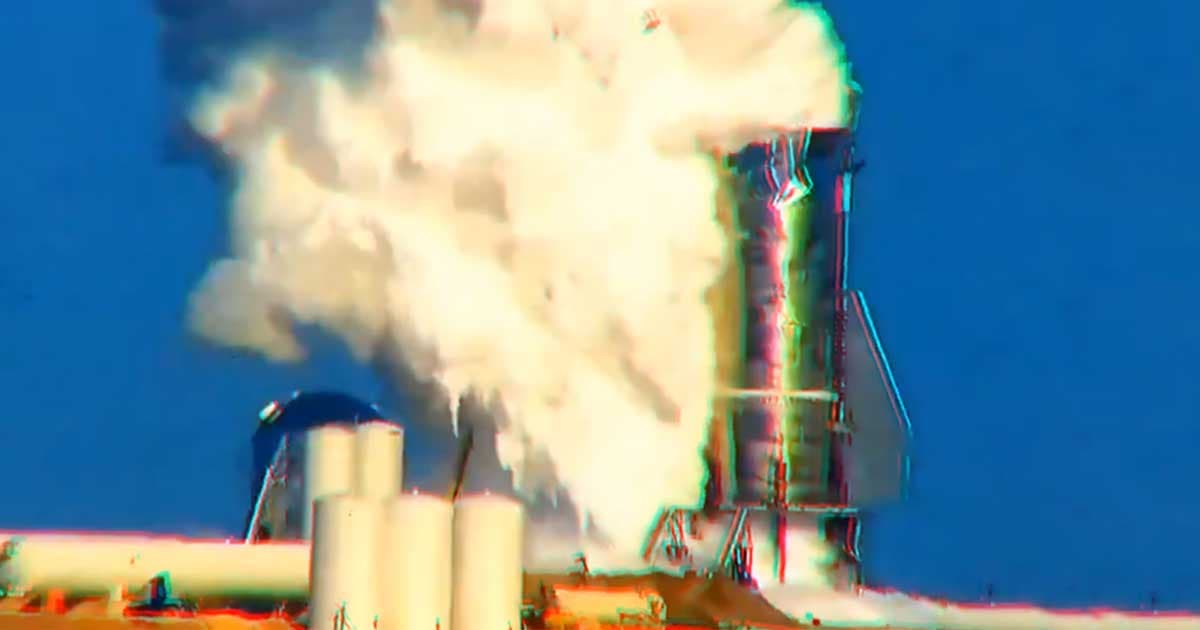 This hurts to watch.

This hurts to watch.

A prototype of SpaceX's massive Starship rocket partially burst apart during a ground test on Wednesday at the company's test site in Boca Chica, Texas, The Verge reports. A livestream of the incident shows the massive stainless steel cylinder burst into a thick white cloud, showing large creases and dents at the top afterwards.

SpaceX is playing down the failure.

"The purpose of today’s test was to pressurize systems to the max, so the outcome was not completely unexpected," a spokesperson for SpaceX told The Verge. "There were no injuries, nor is this a serious setback."

SpaceX CEO Elon Musk said on Twitter that the company will move on to a newer "MK3" version with a modified design.

"This had some value as a manufacturing pathfinder, but flight design is quite different," he wrote.

The very same 165-foot test vehicle that burst yesterday, dubbed MK1, stood behind Musk as he gave the press an update on the company's planned rocket back in September.

It's not the first time we've seen SpaceX test vehicles explode during testing. A SpaceX Crew Dragon spacecraft, meant to ferry astronauts to the International Space Station, exploded during an emergency systems test in April.

If all goes well — and Musk is known for his extremely ambitious timelines — SpaceX will launch the gigantic rocket within "in less than six months," according to Musk.

More on Starship: Elon Musk: I Can Build a Martian City With 1,000 Starships