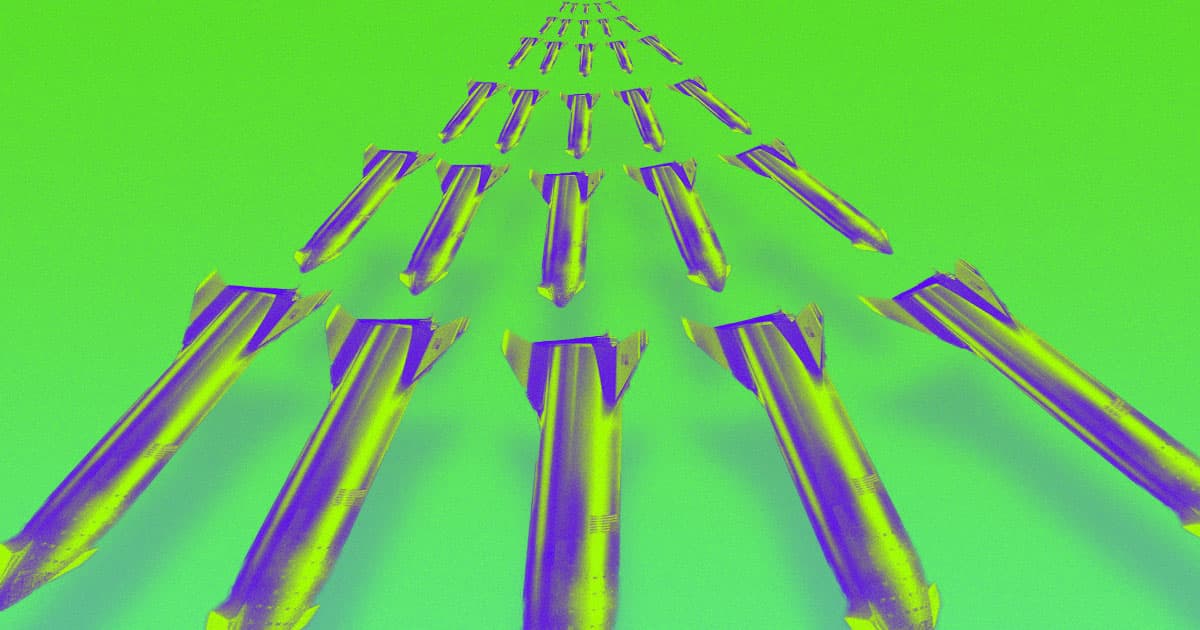 Elon Musk: I Can Build a Martian City With 1,000 Starships

It will take 20 years to send 100 million tons of cargo to the Red Planet.

It will take 20 years to send 100 million tons of cargo to the Red Planet.

In one of his trademark Twitter reply conversations on Thursday, SpaceX CEO Elon Musk elaborated on his extremely ambitious plans to establish a sustainable settlement on Mars — a vision his space company first laid out about two years ago.

"A thousand [Starships] will be needed to create a sustainable Mars city as the planets align only once every two years," Musk wrote.

Musk said that with roughly 100 vehicles, each carrying 100 tons, SpaceX could ferry "10 million tons of payload to orbit per year."

Even with that planetary assembly line in place, building a Martian city will take a while.

"So it will take about 20 years to transfer a million tons to Mars Base Alpha, which is hopefully enough to make it sustainable," Musk added.

That's significantly more than "current global payload to orbit capacity" of about "500 tons per year, of which [SpaceX's Falcon rocket] is about half," according to another tweet.

It's a grand vision. In true Musk fashion, the CEO has set himself an ambitious timeline to start making trips to the Red Planet. If absolutely everything goes according to plan, the company wants to start sending astronauts to the Moon in 2022 and Mars in 2024.

SpaceX will also have to perfect its massive Starship vehicle first. While SpaceX has made some preliminary steps in building a massive prototype, a first crewed test has yet to be scheduled.