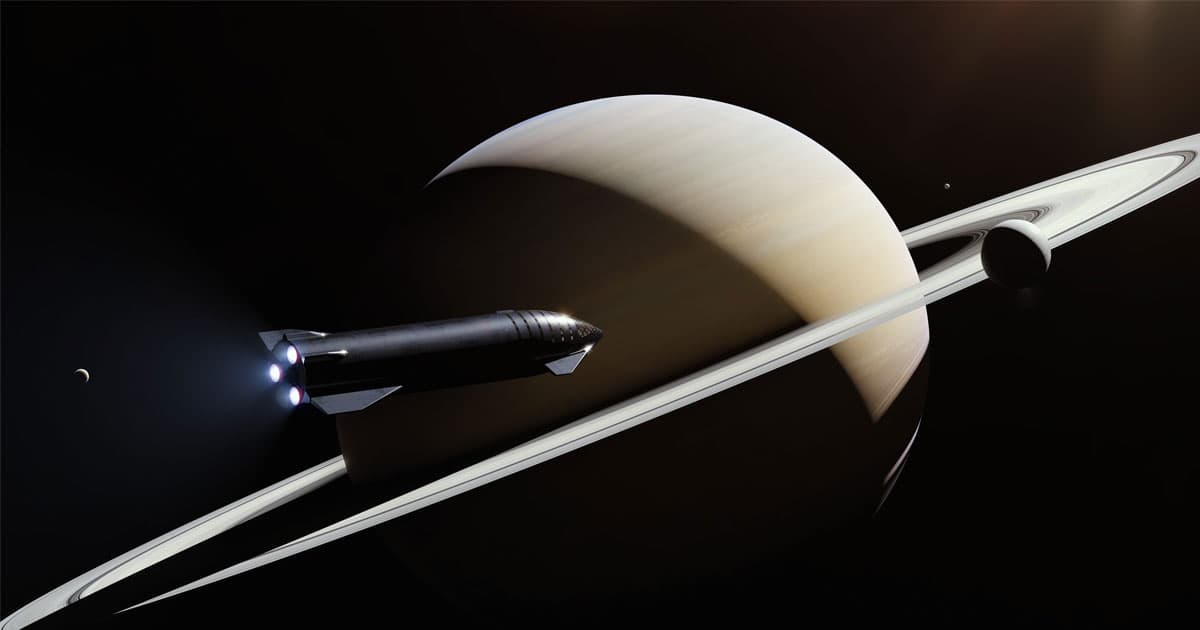 SpaceX is dead serious about sending humans to the moon and eventually Mars.

On Saturday, CEO Elon Musk presented new details about the company's gigantic Starship rocket at the company's test site in Boca Chica, Texas. Looming behind him: the now-completed 165-foot Starship MK1 prototype, which has been in construction for months now and which the company plans to test later this year.

"This thing is going to take off, fly to 65,000 feet — about 20 kilometers — and come back and land in about one to two months," Musk said at the event. "So that giant thing, it's really going be pretty epic to see that thing take off and come back."

The prototype features three next-gen reusable Raptor engines and a total of four fins, seemingly powered by Tesla battery packs. With fuel, the entire rig will weigh about 1,400 tons.

Together with its Super Heavy booster, it could end up becoming — by far — the most powerful rocket in the world. Just one Raptor engine produces twice the thrust of the rockets SpaceX uses for its Falcon 9 rockets. According to Musk, it will produce twice as much thrust as the next most powerful rocket in history, NASA's retired Saturn V rocket that launched the Apollo missions.

Rather than having the boosters land on pads, like SpaceX's Falcon 9 rockets, Starship will right itself after descending belly first through the atmosphere.

"It’s much more akin to a skydiver," Musk said at the event. "It will look totally nuts to see that thing land."