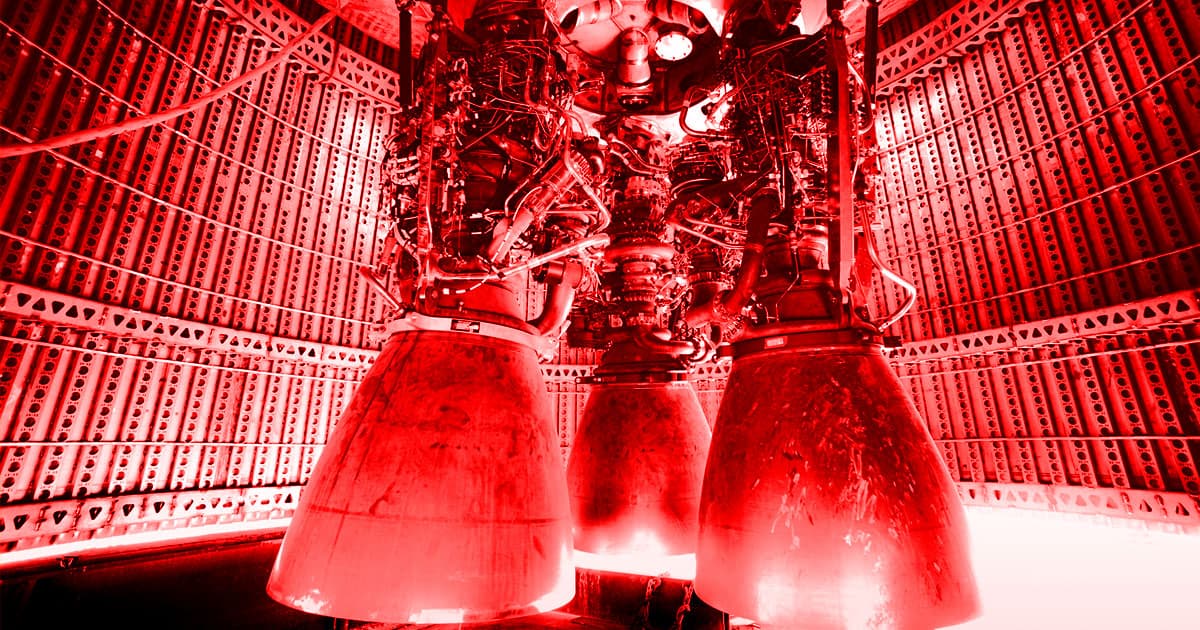 The towering rocket will end up being 165 feet tall.

The towering rocket will end up being 165 feet tall.

SpaceX is gearing up to complete the construction of its Starship MK1 prototype, which it's planning to test in a matter of months. The historic spaceship is the largest upper stage ever built, according to Senior Space Editor at Ars Technica Eric Berger.

And now, you can watch SpaceX put together the first full-size prototype of its Starship in Boca Chica, Texas thanks to a 24/7 live stream on YouTube.

SpaceX CEO Elon Musk has been keeping us up to date on the progress of the prototype on Twitter.

Three Raptors on a Starship pic.twitter.com/UrRiD62EVk

So far, three Raptor rocket engines have been attached — that's two more engines than the company's "Starhopper" prototype, which was put through its paces earlier this year. A complete "Super Heavy" variant of the rocket will feature 41 Raptor engines, according to Musk.

The massive test rocket will feature six landing legs and two massive fins. The final rocket will be 165 feet tall and weigh 1,400 tons including fuel.

SpaceX has some ambitious plans for its Starship spacecraft. If everything goes according to plan — though the company still has an immense of work ahead — it will be able to carry up to 100 passengers all the way to Mars.