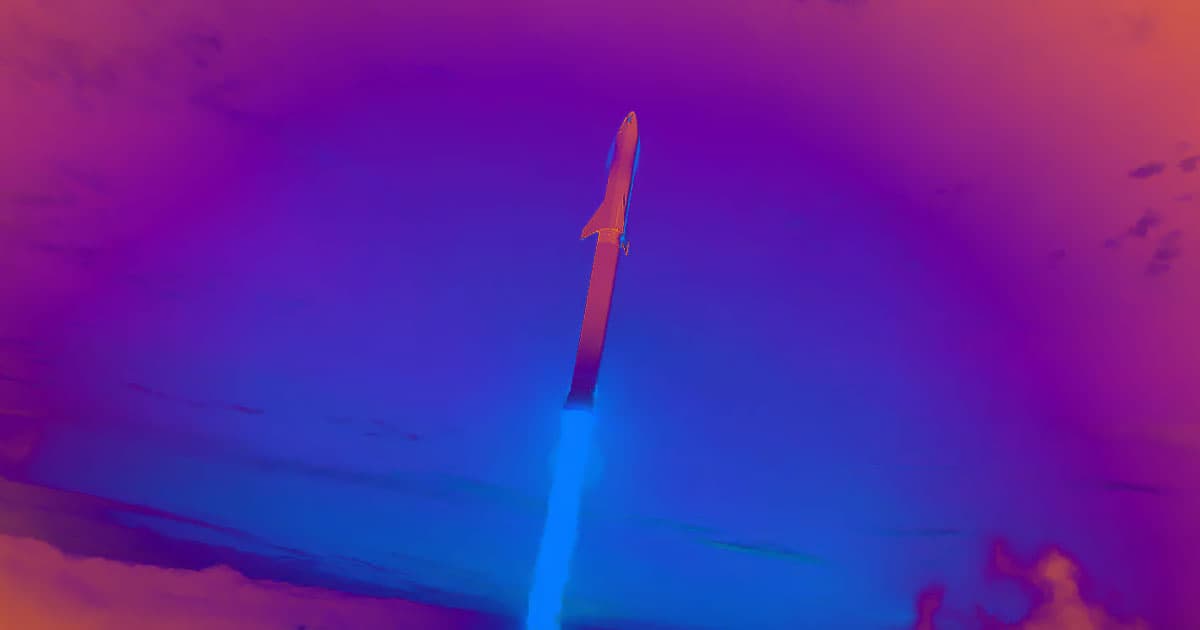 This'll be the most powerful rocket ever built. Really.

This'll be the most powerful rocket ever built. Really.

While SpaceX's Starship prototype has yet to fly untethered — a test flight that's slated for later this week — CEO Elon Musk has big plans for the rocket: a "Super Heavy" variant of Starship, he says, will feature up to 41 Raptor engines. A Super Heavy Starship of that caliber would most certainly be the most powerful rocket ever built.

"Starship Super Heavy with 35 Raptors," Musk tweeted on Sunday. "Full stack is 41 [right now], but kinda beggin' for just one more …" he added.

To put that number into perspective, the "Starhopper" prototype that was engulfed in a massive fireball last week only features one Raptor engine.

Teslarati estimates that all Raptor engines combined could give the rocket double the thrust of NASA's iconic Saturn V rocket or its Space Launch System, which is in development right now.

35 Raptor engines will act as a first stage to get the rocket past the Earth's atmosphere. A further six — the Starship itself — will bring it into orbit and through space to far away places including the Moon and perhaps even Mars.

All that thrust will require an extremely robust launch pad, but luckily SpaceX has thought about that as well.