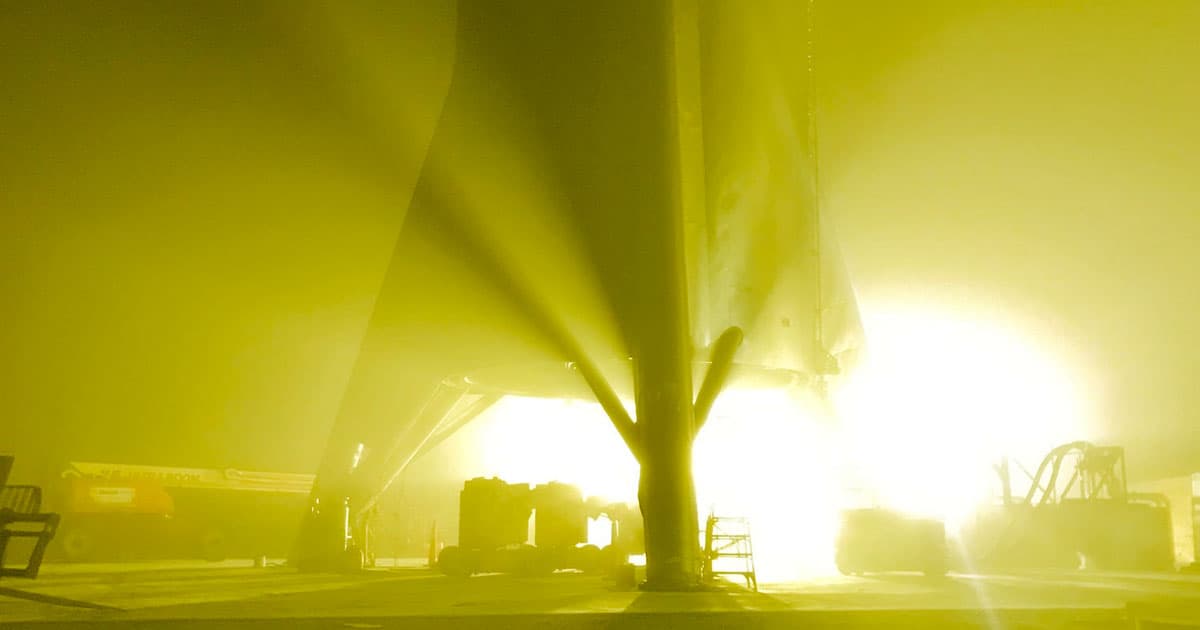 Hopping Over the Moon

SpaceX's prototype was "not bothered by a little heat."

SpaceX's prototype was "not bothered by a little heat."

SpaceX's prototype for its gigantic Starship rocket erupted into a massive fireball on Wednesday. But according to CEO Elon Musk, the miniaturized "Starhopper" survived the unexpected event without breaking a sweat.

When asked on Twitter if Starhopper was okay, Musk responded "yeah, big advantage of being made of high strength stainless steel: not bothered by a little heat!"

The static fire test was a routine operation — something that all of SpaceX's rockets have to endure.

To stay true to its name, Starhopper will soon be attempting its first untethered hop, or test flight, to an altitude of just 65 feet. And that could happen very soon.

"Aiming for hover test next week," Musk tweeted in a separate follow-up. The prototype has already completed a tiny tethered hop back in April.

If all goes well, SpaceX's Starship rocket could ferry astronauts to the Moon and far beyond. Two crews of engineers in Texas and Florida are building and testing early versions of the rocket, effectively racing each other to make Starship a reality.

But SpaceX still has plenty of work to do. Starhopper is outfitted with only a single Raptor engine. A fully operational Starship that could bring up to 100 passengers to the Moon will need to accommodate six Raptor engines.