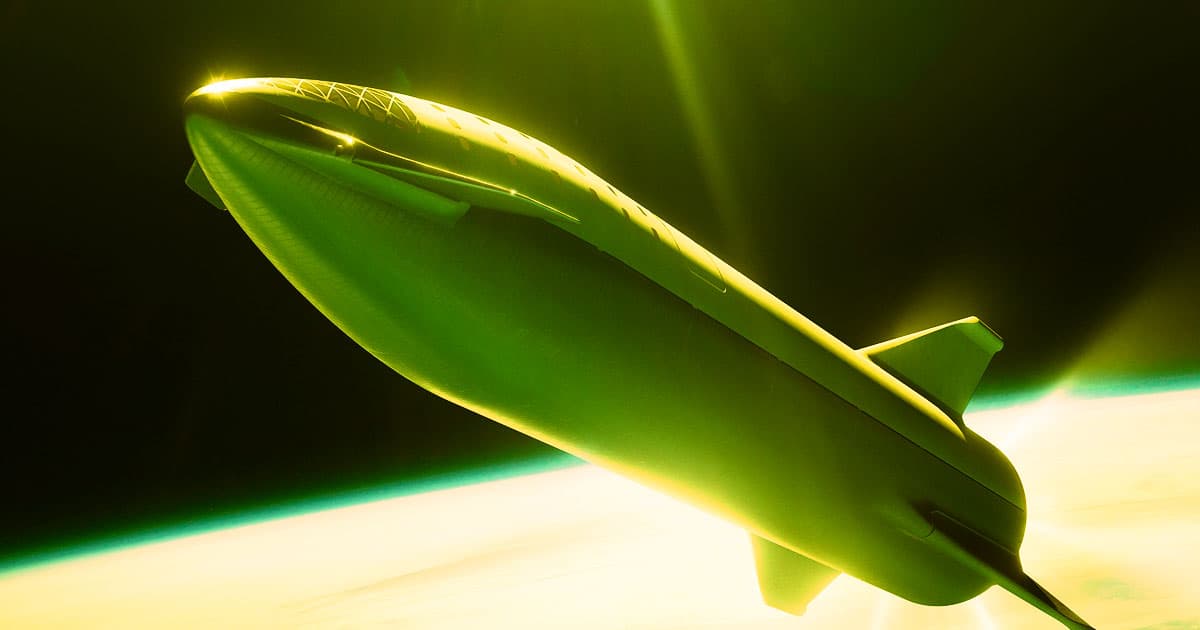 Elon Musk's companies are helping each other out to make Starship a reality.

Elon Musk's companies are helping each other out to make Starship a reality.

Eagle-eyed observers near SpaceX's Boca Chica test site in Texas have spotted the spacetech company installing what appear to be four Tesla Model S and X battery packs into one of Starship MK1's header tanks, as Electrek reports.

It's an interesting example of crosspollination between two massive companies, both headed by billionaire Elon Musk — and Tesla could end up giving SpaceX a major leg up when it comes to powering the electronics of the gigantic spacecraft.

The prototype is the first full-scale test vehicle of SpaceX's massive spacecraft, designed to ferry up to 100 passengers to distant destinations including Mars. A scaled-down prototype, dubbed "Starhopper," was put through its paces throughout the year, laying the groundwork for Starship MK1.

The recently-installed Tesla battery packs could help Starship move those fins. Musk revealed that "many powerful electric motors and batteries" will be need to move the entire fins in a Tuesday tweet.

Tesla and SpaceX have partnered up in the past to develop new materials and manufacturing techniques. SpaceX will also be lending its rocket technology as part of a "SpaceX package" to give Tesla's much-awaited Roadster a massive boost.

More on Starship: Elon Musk: “Next Gen” Craft Could Be Twice the Size of Starship