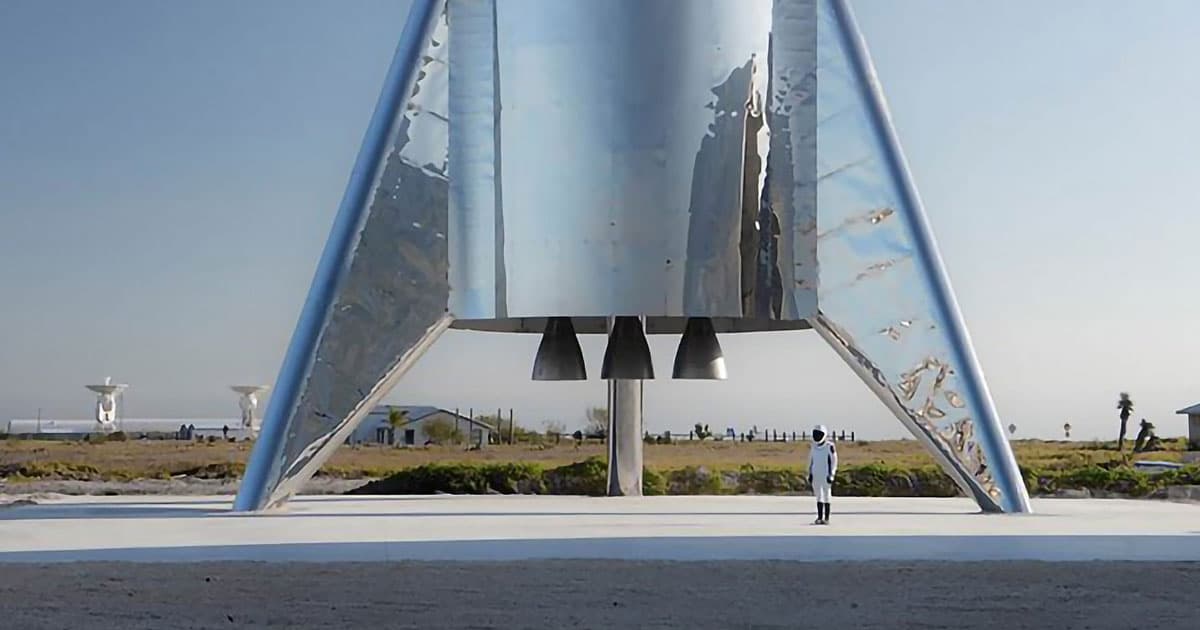 Elon Musk: "Next Gen" Craft Could Be Twice the Size of Starship

Last week, SpaceX's Starhopper spacecraft finally completed its long-delayed test launch. The same day, CEO Elon Musk took to Twitter to speculate about what a future iteration of the spacecraft might look like.

The current Starhopper, a test version of the spacecraft Musk hopes will bring SpaceX to the surface of Mars, has a core diameter of nine meters. On Twitter, Musk said that a future iteration may be 18 meters wide, meaning it could be twice the size of the already-enormous Starship.

Probably 18m for next gen system

Assuming it's kept at the same scale and its height is doubled as well, that would mean the future Starship model would tower over the launch pad at a height of 240 meters — substantially taller than the Washington Monument. A little bit of mental math later, Teslarati concludes that the Starhopper 2.0 would weigh nearly 90 million pounds once it's all fueled up.

Musk tweeting that a future spacecraft would "probably" have certain dimensions isn't the same as concrete plans for his private space company. But if an 18 meter-wide Starhopper is in the works, according to Teslarati, SpaceX would need to use over 100 Raptor engines just to get the behemoth off the ground.