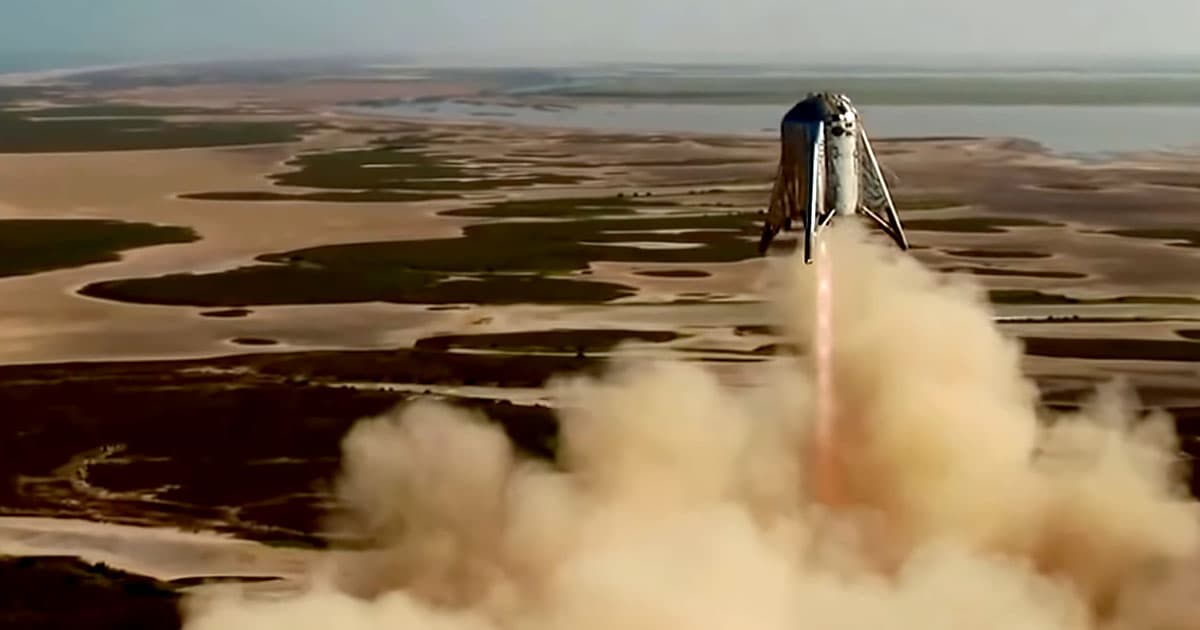 "One day Starship will land on the rusty sands of Mars."

"One day Starship will land on the rusty sands of Mars."

SpaceX's Starhopper finally launched itself some 150 meters (492 feet) into the air Tuesday evening at the company's Boca Chica test facility in Texas.

The company's 20-meter Starship test vehicle, lovingly nicknamed "R2D2's Dad," by SpaceX CEO Elon Musk, reached its FAA-approved maximum height, flew sideways, and gently made its way down to a landing nearby.

"One day Starship will land on the rusty sands of Mars," Musk quipped on Twitter.

The test comes after many delays and test failures, including a massive fireball. This week's test will be Starhopper's last.The first untethered test flight on July 26 was a success as well. “Starhopper flight successful,” Musk tweeted at the time. “Water towers *can* fly haha!!”

Next up are tests for the two full-scale Starship prototypes currently in development at the Boca Chica test site and in Cocoa, Florida.

A lot can still go wrong between now and SpaceX's much-awaited Starship's maiden voyage. Starhopper uses only a single Raptor engine — SpaceX plans to stuff six of them into the final version of its gigantic spacecraft.

Once Starship is ready — it's too early to tell when that will take place with any certainty — the spacecraft could make history by ferrying up to 100 passengers at a time to the Moon and far beyond.