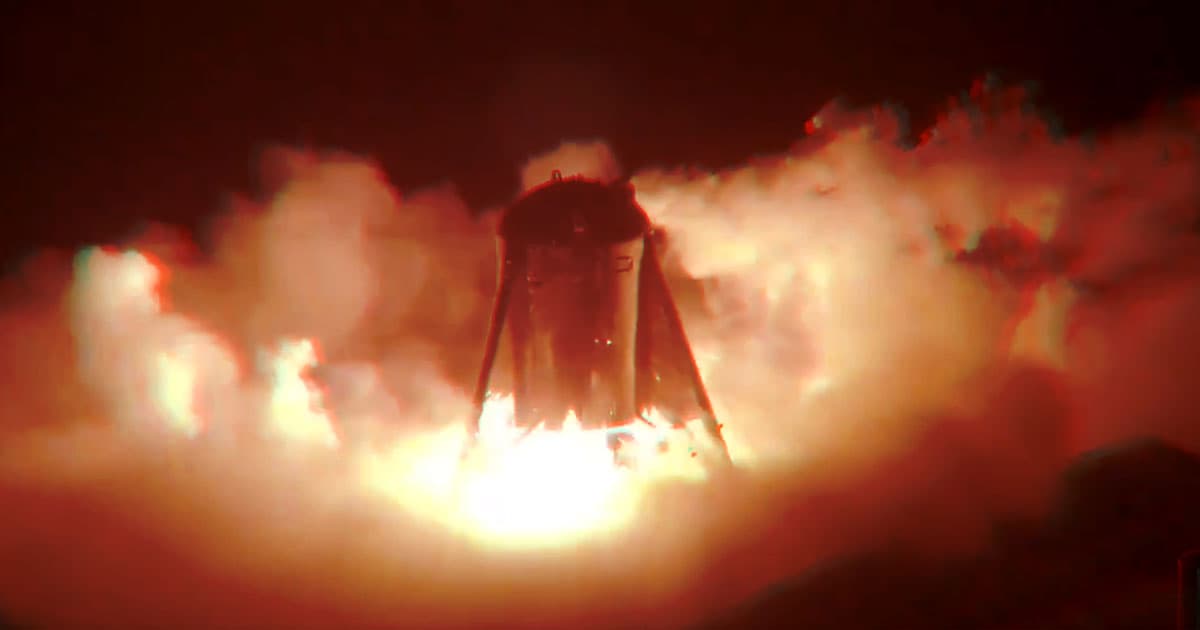 SpaceX Just Flew Its Starship Prototype Without a Tether

SpaceX CEO Elon Musk took to Twitter to post two separate videos, showing the scaled-down but still enormous test vehicle hovering freely in the air for a few seconds before gently descending back to the ground. Teslarati estimates that Starhopper reached a height of roughly 15 to 20 meters.

If all goes according to plan, Starship could eventually send up to 100 passengers at a time to faraway destinations including the Moon and Mars.

The test had to be delayed a few hours due to technical glitches and hardware issues. What was supposed to be the first test flight on Wednesday was aborted due to flames shooting out of the top of the vehicle.

But SpaceX's Starhopper is still an early prototype. The test vehicle is outfitted with only a single Raptor engine. A fully operational Starship that could bring up to 100 passengers to the Moon will need to accommodate six Raptor engines, according to Musk.