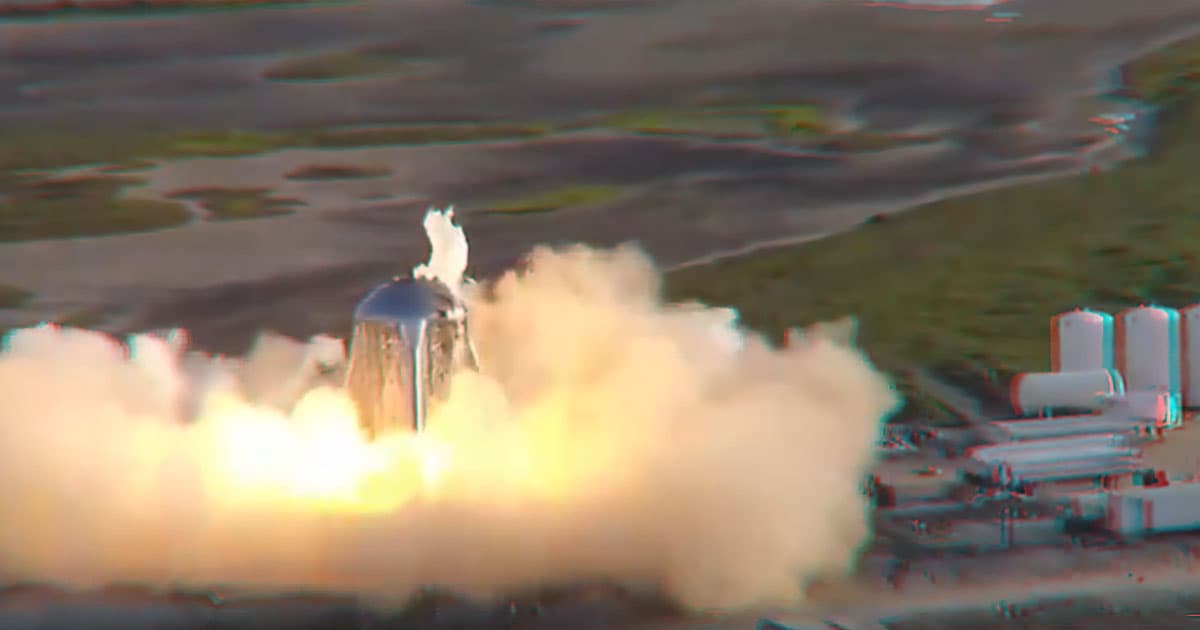 That's not supposed to happen.

That's not supposed to happen.

SpaceX's Starhopper is looking to be quite the firestarter — but that's not necessarily the worst thing in the world.

During a routine static fire test last week, a giant fireball engulfed the craft — a prototype for Starship, the massive rocket SpaceX is developing to ferry humans to the Moon, Mars, and the other side of the Earth.

Then, during what was supposed to be Starhopper's first flight test on Wednesday, a flame shot out from the top of the spacecraft, leading SpaceX to abort the test just moments after it began.

The image of a massive rocket on fire might scream "not good," but according to SpaceX officials, these sorts of things happen when you're developing a first-of-its-kind spacecraft.

After last week's fireball, SpaceX CEO Elon Musk tweeted that Starhopper is "not bothered by a little heat" and sustained "no major damage."

Then, while hosting a livestream of Wednesday's aborted flight test, SpaceX engineer Kate Tice made sure to emphasize that a "failed" test is still a learning opportunity in the world of rocket science.

"This specific test is one in a series of tests," she said, "designed to push the limits of the vehicle as quickly as possible, to learn all that we can as fast and safely as we can."