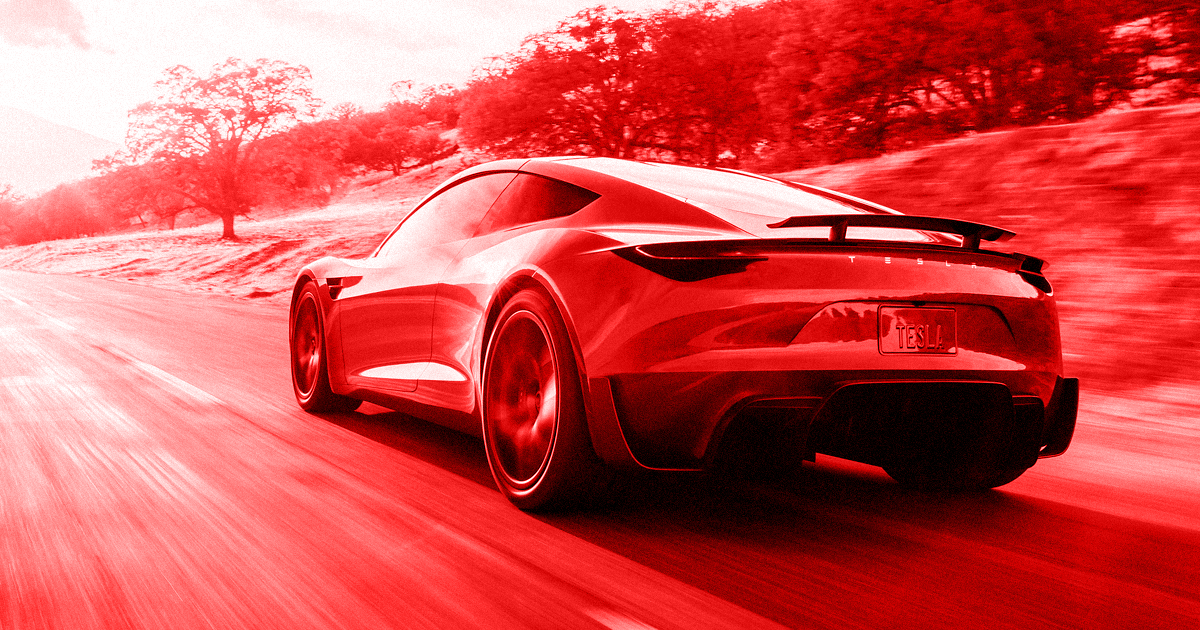 Elon Musk: Tesla Will Sell Roadster With SpaceX Thrusters in 2020

"If you have 3 Gs of thrust, you can go in any direction."

"If you have 3 Gs of thrust, you can go in any direction."

In an interview on the Ride the Lightning podcast this weekend, Tesla CEO Elon Musk revealed new details about the electric car company’s long-awaited Roadster. He claimed that the “SpaceX package” — essentially strapping rocket engine thrusters to the car to make it go really, really fast — could give the Roadster a staggering three Gs of thrust.

“If you have three Gs of thrust, you can go in any direction,” he said on the podcast, as quoted by Electrek. “You can go up and accelerate with still more than 2 Gs.”

In January, Musk teased that “the new Roadster will actually do something like this” in a response to a tweet that showed a hovering DeLorean — an apparent nod to the film “Back to the Future.”

In a later follow-up tweet, he added “will use [a] SpaceX cold gas thruster system with ultra high pressure air in a composite over-wrapped pressure vessel in place of the 2 rear seats.”

The system will draw energy from the Roadster’s massive battery packs and replace the rear seats.

Musk first teased a Tesla “SpaceX Package” in June 2018. In this weekend’s interview, he also said that there will be no more than 10,000 units built per year and that it’s likely to roll out next year.

More on the Roadster: Elon Musk Says An Upcoming Tesla Roadster Will Hover. Is He Joking?