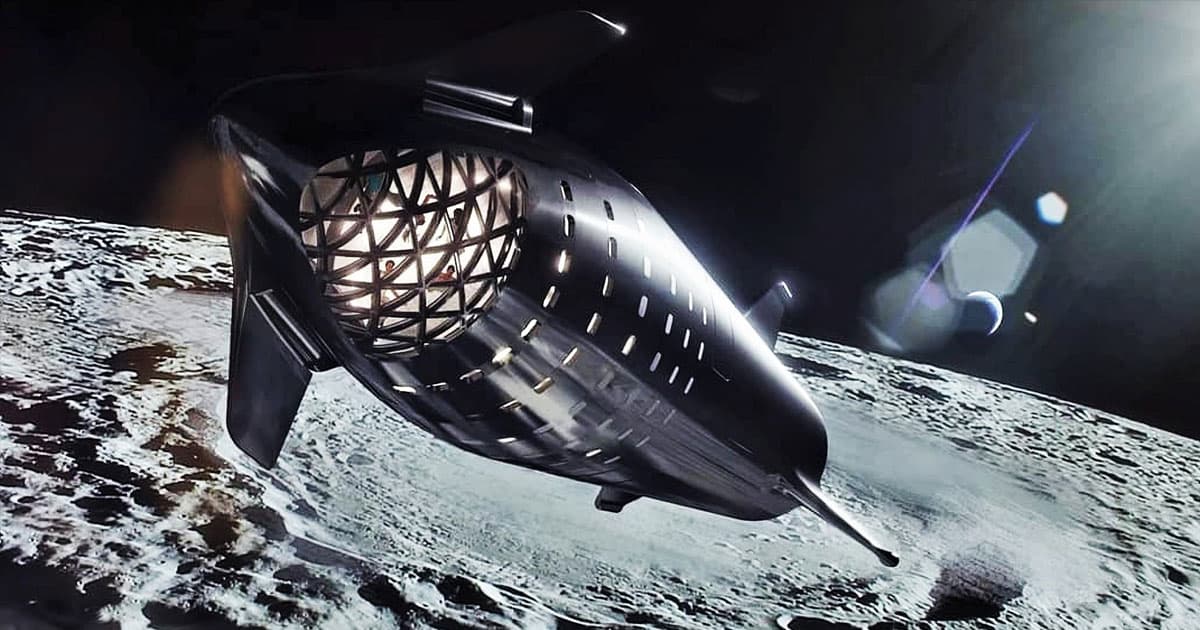 At the first-ever U.S. Air Force Space Pitch Day, a two-day event for the military arm to talk to non-traditional startups and businesses, SpaceX CEO Elon Musk said the company's massive Starship rocket will be ludicrously cheap to get into orbit.

"If you consider operational costs, maybe it'll be like $2 million," Musk said during an event, as quoted by Space.com. "This is much less than even a tiny rocket, so it's something that needs to be made."

While that sounds like a lot, it's a tiny fraction of what existing launches cost: on average, NASA spends an average of $152 million per launch — meaning that, if Musk is to be believed, SpaceX will be able to launch cargo and people into orbit for 1.3 percent of what NASA is currently paying for the same task.

SpaceX is planning to send the gigantic Starship rocket to space and far beyond with up to 100 passengers on board. The company is also working on a system that could ferry up to 1,000 passengers from one city to another on board the same rocket within the next ten years.

It's an extremely ambitious target. Despite costs plummeting thanks to improving reusability, a launch of SpaceX's much smaller workhorse rocket Falcon 9 currently costs $62 million — more than thirty times Musk's quoted price of a Starship launch.

Does that mean Musk pulled the $2 million figure out of thin air? Maybe. At the Air Force event, Musk admitted he does "zero market research whatsoever," according to Space.com.

Read This Next
Mars Rock Blues
Mars Rock Samples Probably Won't Infect Earth With Deadly Martian Plague, Scientist Says
And Beyond
How NASA Got Price Gouged on the SLS, According to Its Former Second-in-Command
Rolling Coal
Space Travel Will Absolutely Gut the Environment, Scientists Warn
Carbon-Based
NASA Rover Finds New Potential Evidence for Ancient Life on Mars
Futurism
Free Speech Champion Elon Musk Fires Employees for Criticizing Him
More on Off World
CAPSTONE's Back
Yesterday on the byte
Celebration Erupts as NASA Restores Comms With Lost Spacecraft
Satellite Blues
Yesterday on the byte
NASA Still Has No Contact With Spacecraft En Route to the Moon
Bottoms Up
Tuesday on the byte
Scientists Discover Giant Alcohol Molecule Near The Center of Our Galaxy
READ MORE STORIES ABOUT / Off World
Keep up.
Subscribe to our daily newsletter to keep in touch with the subjects shaping our future.
+Social+Newsletter
TopicsAbout UsContact Us
Copyright ©, Camden Media Inc All Rights Reserved. See our User Agreement, Privacy Policy and Data Use Policy. The material on this site may not be reproduced, distributed, transmitted, cached or otherwise used, except with prior written permission of Futurism. Fonts by Typekit and Monotype.