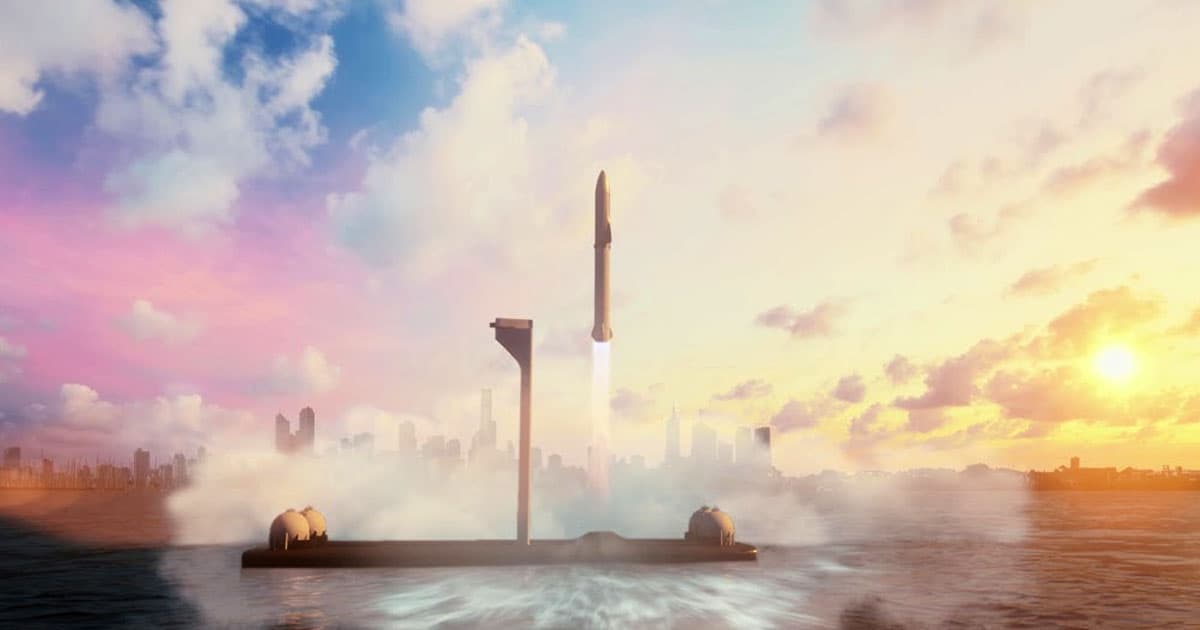 It'll still save you many hours over flying.

It'll still save you many hours over flying.

It’s been more than two years since SpaceX announced its plans for long distance travel onboard what it now calls its Starship. The promise: rocketing up to 1,000 people anywhere on Earth, no matter how far, in under one hour — an experience Musk likened to Disney’s Space Mountain ride earlier this year.

SpaceX has since made a ton of progress on Starship. And in a Monday tweet, SpaceX CEO Elon Musk dropped a new tidbit: Starship spaceports will “probably need to be [about] 20 miles offshore for acceptable noise levels, especially for frequent daily flights.”

COO Gwynne Shotwell confirmed that the company is still committed to its plans for a transportation system involving Starship in a May 2018 TED Talk.

“This is definitely going to happen,” she said, adding that it would probably take roughly ten years.

So how will passengers get from the city to these offshore spaceports? Musk suggested in a May 2018 tweet that SpaceX will use underground shuttles.

It’s a futuristic vision. But even with ten years, SpaceX has a lot of work to do. The company has yet to launch a fully-equipped Starship rocket, after all, let alone one with passengers on board.

More on Starship: SpaceX “Definitely” Plans to Land Starship on Moon by 2022