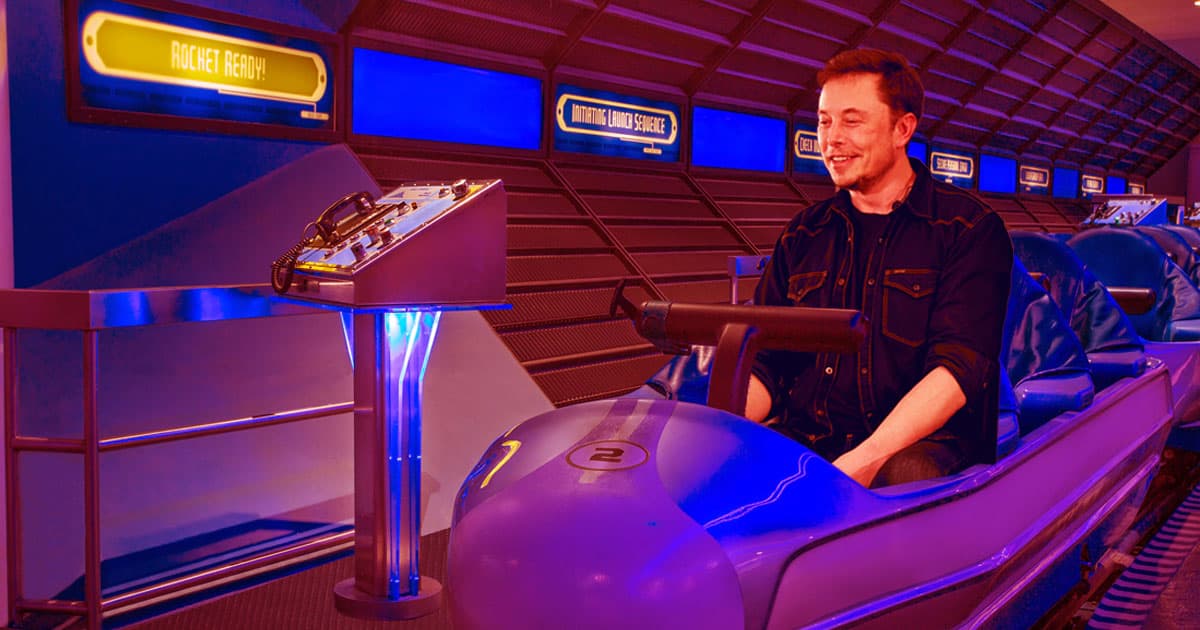 Please keep your hands inside the spacecraft at all times.

Please keep your hands inside the spacecraft at all times.

On Wednesday, Elon Musk took to Twitter to answer users' questions about Starship, the massive rocket SpaceX plans to use to deliver humans to Mars.

When asked about the company's other intention for the spacecraft formerly known as the Big Falcon Rocket — transporting people from one part of Earth to another in under an hour — he responded with an unexpected analogy, comparing a trip aboard the powerful rocket to a ride on Disney's Space Mountain roller coaster.

Musk's series of tweets reveals that SpaceX plans to fit about 1,000 passengers on Starship for Earth-to-Earth trips — that number will drop to 100 for Mars-bound excursions. Everyone will have "coach" seat, and they better use the restroom and grab a snack before boarding because the rocket won't have toilets or a food galley.

"Most flights would only be 15 to 20 mins," Musk wrote. "It’s basically an ICBM traveling at Mach 25 that lands," a reference to intercontinental ballistic missiles.

The Disney shout-out came after a Twitter user asked Musk if Starship passengers would be allowed to walk around while in flight.

"That would be unwise," Musk replied. "Probably needs a restraint mechanism like Disney’s Space Mountain roller coaster. Would feel similar to Space Mountain in a lot of ways, but you’d exit on another continent."

More on Starship: Elon Musk Has a Plan to Get You Anywhere on Earth in An Hour