"Space tourism could be the stepping stone for the development of long-haul travel on earth serviced by space." 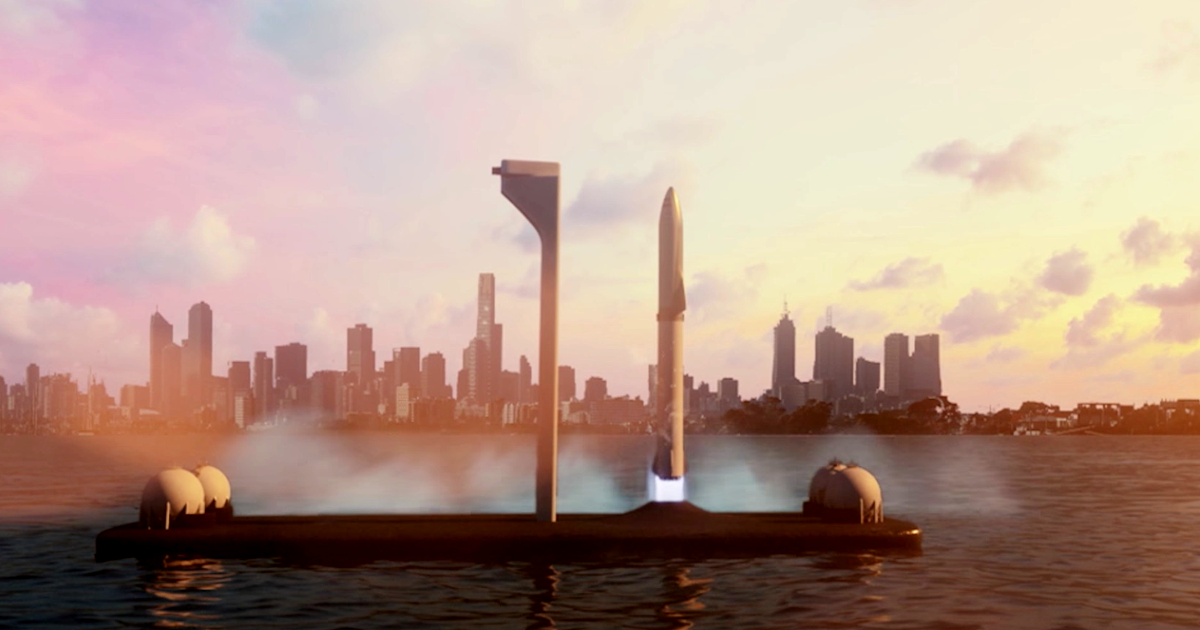 A new report by Swiss investment bank UBS predicts that soon high speed travel through the near reaches of space will come to compete with long-haul airline flights.

UBS analysts estimate that space tourism alone will become a $3 billion market by 2030, while the space industry as a whole will double in worth from $400 billion today to $805 billion over the same period. And once we can spend a week of vacation in space, they ask, why not use the technology for Earth-bound long-distance travel?

"Space tourism could be the stepping stone for the development of long-haul travel on earth serviced by space," wrote UBS analysts Jarrod Castle and Myles Walton in the report, as quoted by CNBC.

As more and more people are choosing to travel long distances, the analysts estimate that the market for space travel will grow as well. Reusable space rockets and their speed could increase the total volume of passengers.

"Given the length of long-haul commercial travel, and the rules around crewing and take-off and landing time slot restrictions at airports, we think a re-usable rocket (especially if not land-based) would have materially better utilisation rates than a commercial plane," UBS said.

Private space companies like Virgin Galactic and Blue Origin have been making major strides towards a future in which humans will be able to spend spring break on board a space station.

In May 2018, SpaceX CEO Elon Musk revealed plans for "Starship" rocket that could one day ferry up to 100 passengers practically anywhere in the world in roughly an hour. The company also successfully completed a test flight of its Crew Dragon passenger spacecraft to the International Space Station earlier this year.

More on space travel: NASA Might Send Astronauts Around the Moon on Commercial Rocket

Read This Next
Where's Musko
7 Theories About Why Elon Musk Has Disappeared
Faster Than Fast
Simulation Shows Tesla Roadster Accelerating With SpaceX Thrusters
Frequent Flyer
Tesla Paid for Elon Musk's Private Jet While Laying off Thousands
Elon McMusk
Elon Musk Says An Upcoming Tesla Roadster Will Hover. Is He Joking?
Boring Tunnel
The Boring Company Just Showed Off Its First Completed Tunnel
More on Advanced Transport
Quelle Surprise!
Yesterday on the byte
Of Course Elon Musk Is Pushing The Cybertruck Back Again, What Did You Expect?
Stay Away
Wednesday on the byte
New SUV Features Electrified Door Handles and Pepper Spray Guns
No Fly
Monday on the byte
The TSA's Entire No Fly List Appears to Have Just Leaked
READ MORE STORIES ABOUT / Advanced Transport
Keep up.
Subscribe to our daily newsletter to keep in touch with the subjects shaping our future.
+Social+Newsletter
TopicsAbout UsContact Us
Copyright ©, Camden Media Inc All Rights Reserved. See our User Agreement, Privacy Policy and Data Use Policy. The material on this site may not be reproduced, distributed, transmitted, cached or otherwise used, except with prior written permission of Futurism. Articles may contain affiliate links which enable us to share in the revenue of any purchases made.
Fonts by Typekit and Monotype.