SpaceX's Crew Dragon Spacecraft Splashes Down in the Atlantic 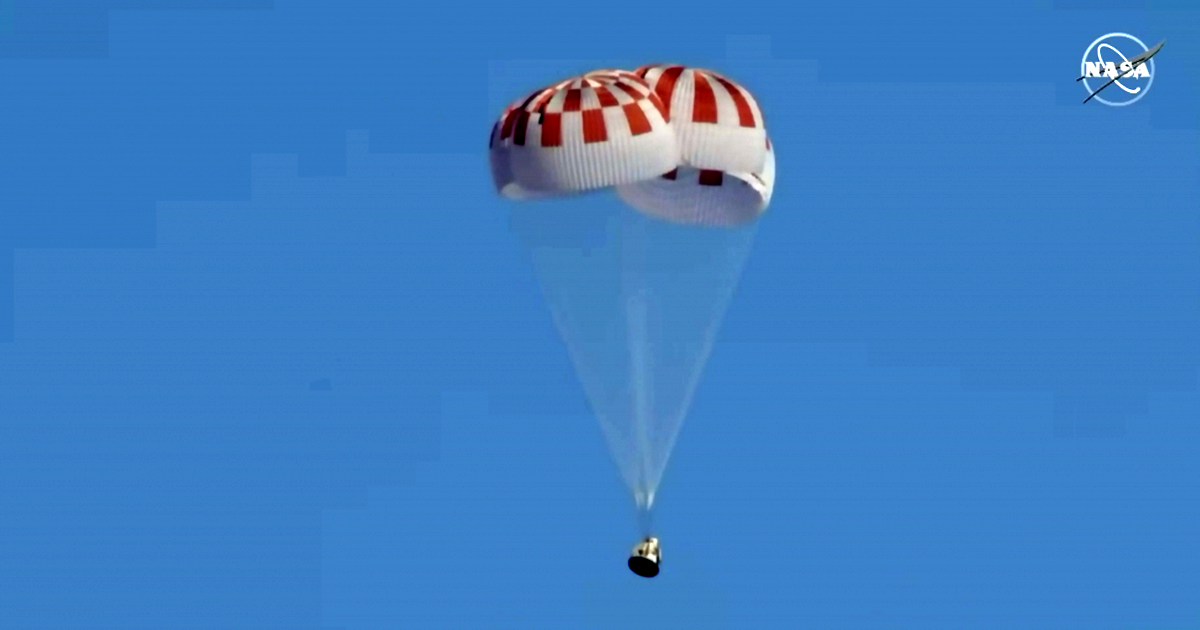 After successfully undocking from the International Space Station in the early morning hours and burning through Earth's atmosphere, SpaceX's passenger spacecraft slowly descended back down to Earth, before safely splashing down into the Atlantic Ocean — and right on schedule at 8:45 am EST.

.@SpaceX’s #CrewDragon returned to Earth with a splash in the Atlantic Ocean off Florida’s eastern shore at 8:45am ET, completing an end-to-end flight test to the @Space_Station and back as part of our @Commercial_Crew Program. Learn more: https://t.co/MFB7dVb60c pic.twitter.com/8lFL6X3Tue

Crew Dragon's descent was slowed thanks to four large parachutes it deployed once it re-entered Earth's atmosphere.

Astronauts loaded roughly 300 pounds (136 kg) of cargo from the ISS into the spacecraft on Thursday to send back down to Earth.

SpaceX successfully launched the spacecraft on Saturday. It marks the first time a passenger spacecraft launched from American soil to the ISS — and returned safely back down to Earth — since the end of NASA's Space Shuttle program in 2011.

SpaceX's Crew Dragon docked itself, with no robotic arm required, to an open port of the International Space Station early Sunday morning. It then spent five days docked to the station while astronauts checked out the inside of what could one day become their ride back home.

A lot could've gone wrong. The cargo Dragon variant featured a different parachute system and had a differently shaped hull.

In July, SpaceX is hoping to send the Crew Dragon capsule back into space — but this time with NASA astronauts Bob Behnken and Doug Hurley on board.