"SpaceX has two absolutely insane projects that would not only bankrupt the company." 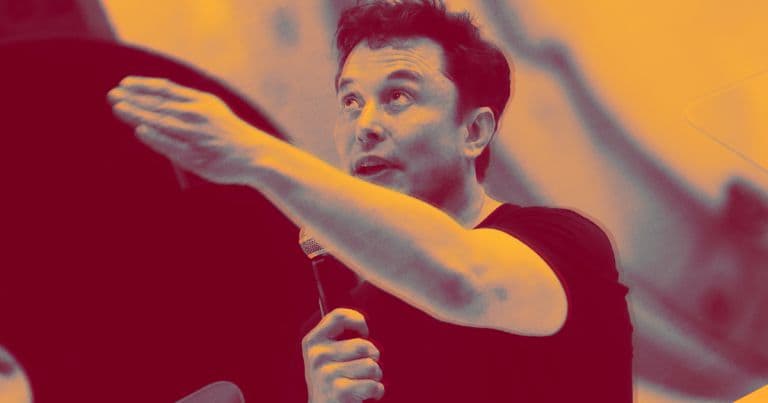 SpaceX CEO Elon Musk blamed the company's decision to lay off 10 percent of its workforce on its Starship and Starlink projects this week, calling them "absolutely insane."

"SpaceX has two absolutely insane projects that would not only bankrupt the company," he said, as reported by CNBC. "There's Starship and Starlink."

The comments came during an investor call for Tesla, the electric car manufacturer where Musk is also CEO. Though his language was colorful, the two projects he blamed for the SpaceX's tight purse strings are indeed complex.

Starship is the company's oft-renamed rocket that it plans to use to transport crews of up to 100 humans to Mars and the Moon. Starlink will remain closer to home, but is still ambitious: it's a network of satellites that the company plans to use to offer global broadband internet.

Starship and Starlink are putting such a strain on SpaceX's finances, Musk said during the investor call, that the company is going to need to remain fiscally cautious until they're completed.

"SpaceX has to be incredibly spartan with expenditures until those programs reach fruition," he said.

Read This Next
Futurism
Free Speech Champion Elon Musk Fires Employees for Criticizing Him
Uh Oh
Something Very Bad Might Be About to Go Down at NASA
NDA
SpaceX Reportedly Paid $250,000 to Silence Sexual Allegations Against Elon Musk
Captain Planet
Buying Twitter Seems Like a Huge Distraction for Elon Musk's Mars Plans
Billionaire Bailout
Bernie Sanders Working to Block Jeff Bezos From NASA Moon Contract
More on Off World
Going Down
Jun 25 on the byte
Scientists Say the Sun Is Acting Up and Causing Satellites to Fall Back to Earth
Target Practice
Jun 24 on the byte
NASA Spots Location Where Derelict Rocket Smashed Into the Moon
Fly Already
Jun 24 on the byte
SpaceX Finally Lifts Super Heavy Booster Using Giant Robot Arms
READ MORE STORIES ABOUT / Off World
Keep up.
Subscribe to our daily newsletter to keep in touch with the subjects shaping our future.
+Social+Newsletter
TopicsAbout UsContact Us
Copyright ©, Camden Media Inc All Rights Reserved. See our User Agreement, Privacy Policy and Data Use Policy. The material on this site may not be reproduced, distributed, transmitted, cached or otherwise used, except with prior written permission of Futurism. Fonts by Typekit and Monotype.