Surprise Announcement: SpaceX to Lay off 10 Percent of Workforce

No word yet from CEO Elon Musk. 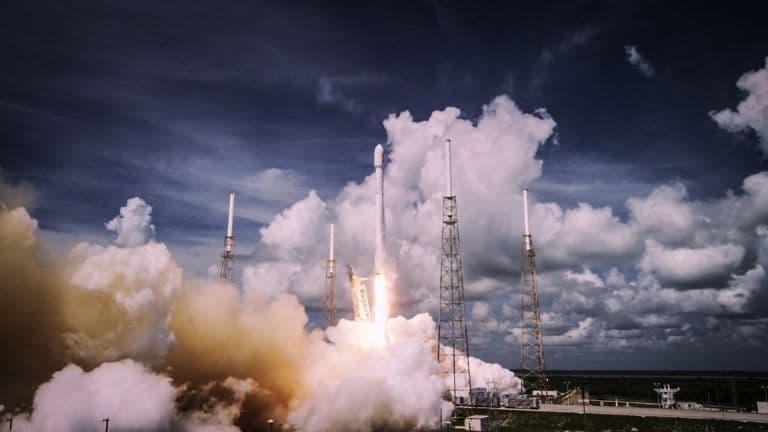 Spacetech venture SpaceX said Friday that it plans to lay off 10 percent of its workforce — an eyebrow-raising move for a company emerging from a record-shattering year.

"To continue delivering for our customers and to succeed in developing interplanetary spacecraft and a global space-based Internet, SpaceX must become a leaner company," a company spokesperson said in a statement that called the layoffs a "strategic realignment."

Space News reports that the layoffs are the first major workforce reduction since the company was founded in 2002, though it did fire a number of workers in 2014. This time, SpaceX is blaming the layoffs on an ambitious slate of projects.

"To continue delivering for our customers and to succeed in developing interplanetary spacecraft and a global space-based Internet, SpaceX must become a leaner company," the company said, in reference to its Starship, Super Heavy, and Starlink constellation projects. “Either of these developments, even when attempted separately, have bankrupted other organizations."

The move comes just a day after CEO Elon Musk showed off the company's recently-assembled Starship space vehicle, and a month before the company plans to test its  commercial crew launch vehicle in preparation for launching humans to the International Space Station.

But so far, the enigmatic CEO has yet to tweet about the layoffs.

Read This Next
Shot Well
Head of NASA Relieved to Hear Elon Musk Isn't REALLY Running SpaceX
Makeover Scene
Space Tourist Says He's Thinking About Flying SpaceX Craft Up to Fix Hubble
Grain of Salt
There's a Huge Problem With Elon Musk's Promise to Bring Starlink to Iran
Sluggo Mode
SpaceX Has a Major Problem With Its Starlink Internet Connections
Sabers Rattled
Russia Issues Veiled Threat to Shoot Down Pesky SpaceX Satellites
More on Off World
Heavy Metal
Yesterday on the byte
NASA Mars Rover Finds Metallic Object That Smashed Down on Surface
Small But Mighty
Yesterday on the byte
Baby Asteroid Photobombs James Webb On Accident
Little Guy
Yesterday on the byte
Scientists Prototype "Creeping" Lizard-Like Robot for Exploring Mars
READ MORE STORIES ABOUT / Off World
Keep up.
Subscribe to our daily newsletter to keep in touch with the subjects shaping our future.
+Social+Newsletter
TopicsAbout UsContact Us
Copyright ©, Camden Media Inc All Rights Reserved. See our User Agreement, Privacy Policy and Data Use Policy. The material on this site may not be reproduced, distributed, transmitted, cached or otherwise used, except with prior written permission of Futurism. Articles may contain affiliate links which enable us to share in the revenue of any purchases made.
Fonts by Typekit and Monotype.