NASA Chief: SpaceX's Starship Tougher Than Any NASA Project, Ever

Elon Musk's Mars plan is "orders of magnitude" harder than any NASA project in history, a NASA leader warned. 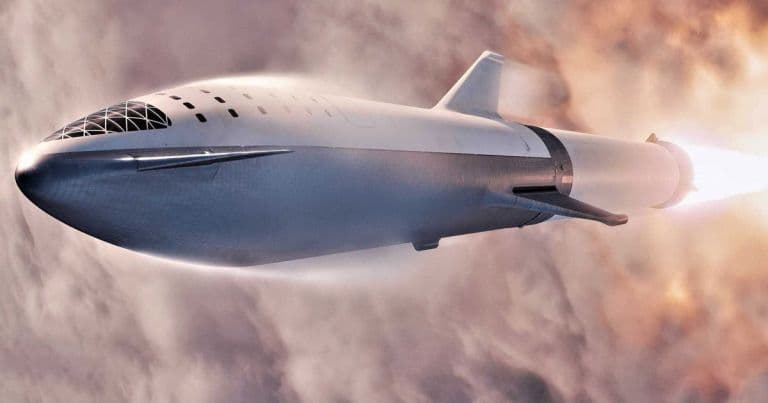 In a new interview with Business Insider, the director of the Space Technology and Exploration Directorate at NASA Langley warned that Elon Musk's proposed Starship design was going to be "orders of magnitude" more difficult than any NASA project in history.

"It won't be easy for us or SpaceX," Walt Engelund told Business Insider.

Engelund's specific concern is Musk's plan to cool the rocket by "bleeding" fuel through small pores. He asked what would happen, for instance, if a "bird poops on your rocket and it plugs up a few holes."

"I've seen instances where you'll get one clogged channel... and it will immediately result in burn-throughs," the chief engineer told the business magazine. "A model will disappear in a hypersonic wind tunnel. It almost vaporizes, there's so much energy and so much heat."

At the same time, Engelund admitted, SpaceX is bringing unprecedented energy and creativity to the private space industry, so he doesn't rule out Starship succeeding — and he foresees further collaboration between the two organizations.

"They've surprised a lot of people, and have a lot of smart people working for them, and Elon seems to be really committed and dedicated to this," Engelund told Business Insider. "Perhaps there are some things that we could do with them. I suspect there will be."

Read This Next
NDA
SpaceX Reportedly Paid $250,000 to Silence Sexual Allegations Against Elon Musk
Round Trip
NASA Reveals Early Plans to Send Two Astronauts to Surface of Mars
Death Watch
Goodnight Sweet Prince: NASA is Officially Killing Its Mars Lander
Overloaded
Whiny Space Tourists Say They Were Too Busy on the Space Station
Mars Attack
Scientists Worried About Military Facility to Store NASA Mars Rocks
More on Off World
Not It
Yesterday on the byte
SpaceX Replacing Defective Heat Shield Before Next Astronaut Launch
Not a Satellite
Yesterday on the byte
Scientists Intrigued by Strange Lights in Old Space Photos
Gourmet Roach
Yesterday on the byte
Someone's Selling NASA Moon Dust That Got Eaten By Cockroaches
READ MORE STORIES ABOUT / Off World
Keep up.
Subscribe to our daily newsletter to keep in touch with the subjects shaping our future.
+Social+Newsletter
TopicsAbout UsContact Us
Copyright ©, Camden Media Inc All Rights Reserved. See our User Agreement, Privacy Policy and Data Use Policy. The material on this site may not be reproduced, distributed, transmitted, cached or otherwise used, except with prior written permission of Futurism. Fonts by Typekit and Monotype.