It's an important first step to eventually blast Starship into Earth's orbit — and beyond. 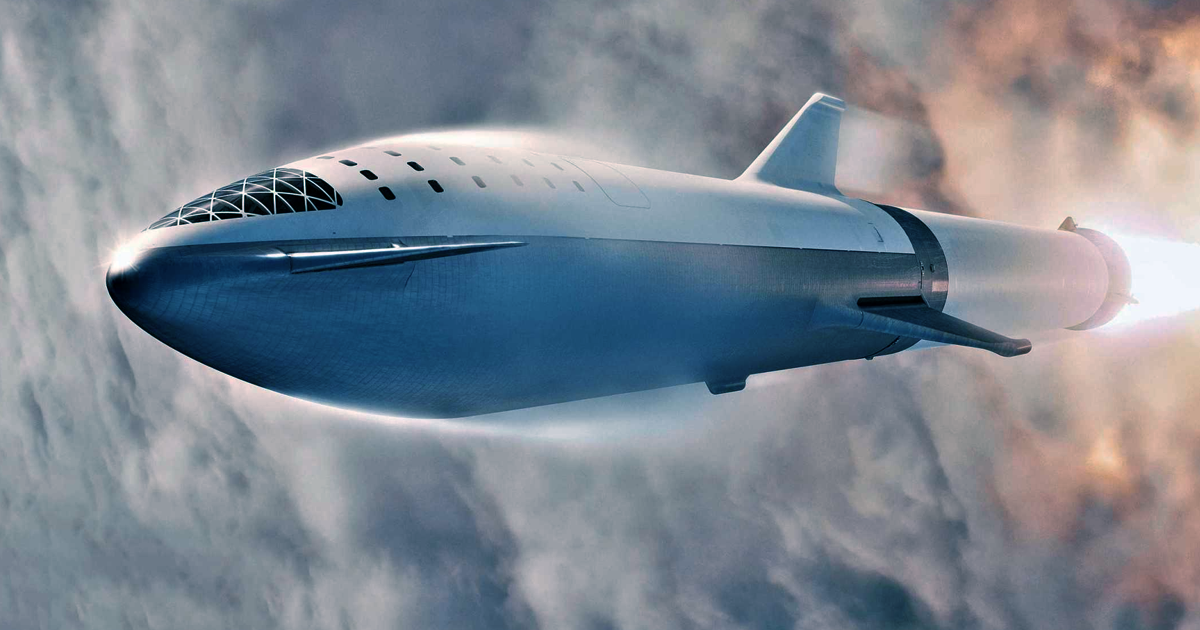 In a series of tweets yesterday, SpaceX CEO Elon Musk confirmed that the space company is about to start testing an early prototype of its Starship spacecraft.

The so-called "hopper" test vehicle will feature only a single Raptor engine, as opposed to three for the final version. The test vehicle won't enter orbit, but its low altitude test flights help prepare for future journeys as lengthy as a trip to Mars.

Local residents near SpaceX's test site in Brownsville, Texas, received a notice in the mail informing them of test flights that could occur "as soon as the week of March 18, 2019," according to local news. Checkpoints will be set up for a "safety zone" around the launch site.

"Hopefully," Musk replied in a tweet, when asked if it was true SpaceX was testing this week. "Always many issues integrating engine & stage. First hops will lift off, but only barely."

Moving on to Orbital Flights

SpaceX successfully tested the Raptor engine in February. With three of them powering the spacecraft, Starship could eventually make its way all the way to the Moon or even Mars — or at least that's the hope.

Musk also tweeted that SpaceX didn't bother building "a new nosecone for Hopper" after the original was damaged due to high winds at the Texas test site in January.

"Don’t need it," he wrote. "What you see being built is the orbital Starship vehicle."

More on Starship: Watch SpaceX Test-Fire the Starship Engine for the First Time

Read This Next
A Sip of Opal
NASA Discovers Precious Gemstones on Mars
Shot Well
Head of NASA Relieved to Hear Elon Musk Isn't REALLY Running SpaceX
Martian Oases
Scientist Proposes Growing a Forest Inside a Bubble on Mars
Big Impact
Meteorite Hit Mars So Hard NASA Thought It Was a Quake
Makeover Scene
Space Tourist Says He's Thinking About Flying SpaceX Craft Up to Fix Hubble
More on Off World
Lonely Planet
Yesterday on futurism
Scientists Find Nearby Planet the Same Size of Earth, Plan to Search It for Life
Take Cover
Feb 4 on the byte
Space Startup Blows Up Another Giant Inflatable Space Station Module
Rock Blast
Feb 4 on the byte
Scientists Say There's an Upside to Those Rocks That Keep Bludgeoning the James Webb
READ MORE STORIES ABOUT / Off World
Keep up.
Subscribe to our daily newsletter to keep in touch with the subjects shaping our future.
+Social+Newsletter
TopicsAbout UsContact Us
Copyright ©, Camden Media Inc All Rights Reserved. See our User Agreement, Privacy Policy and Data Use Policy. The material on this site may not be reproduced, distributed, transmitted, cached or otherwise used, except with prior written permission of Futurism. Articles may contain affiliate links which enable us to share in the revenue of any purchases made.
Fonts by Typekit and Monotype.